This 1963 Chevrolet Corvette “Asteroid” is one custom Corvette that you won’t want to miss; as a matter of fact, you WON’T be able to miss it. 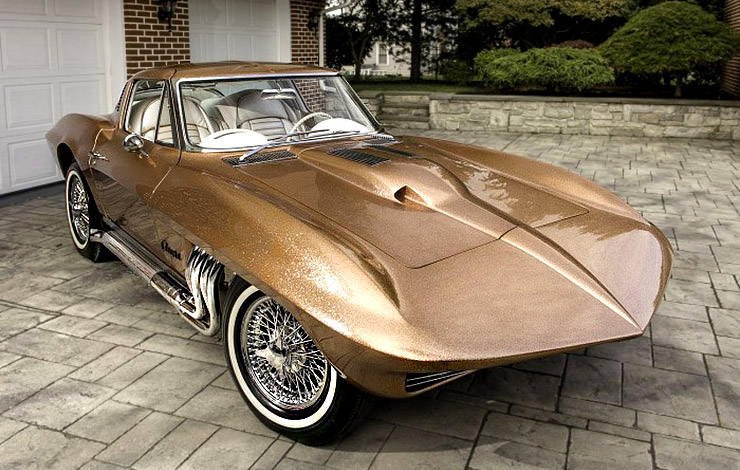 Special ordered new as a paint delete car by legendary speedboat racer Bob Nordskog, this ’63 Corvette was delivered straight to the King of Custom cars George Barris of Barris Kustoms. It was then transformed to the “Asteroid” with only 10 miles on the odometer.

The new C2 Corvette was already a fresh redesign from Chevrolet and Barris made a radical transformation and redesigned the car with an extended nose cone that had headlights positioned behind the bladed grille, custom headers exiting behind the front wheels, removed the rear split window, filled in the rear tail panel and opened up the rear wheel wells to accommodate big wheels and fat tires. The Asteroid had two personalities with two different configurations that could be changed within minutes. It’s arguably one of the most unique street/strip cars of its era.
– The paint job was out of this world and was painted in a heavy metallic copper finish that would blind you in the sunlight. This helped give the car the name “Asteroid” since it looked like it was on fire and moving at 1000 mph sitting still!
– 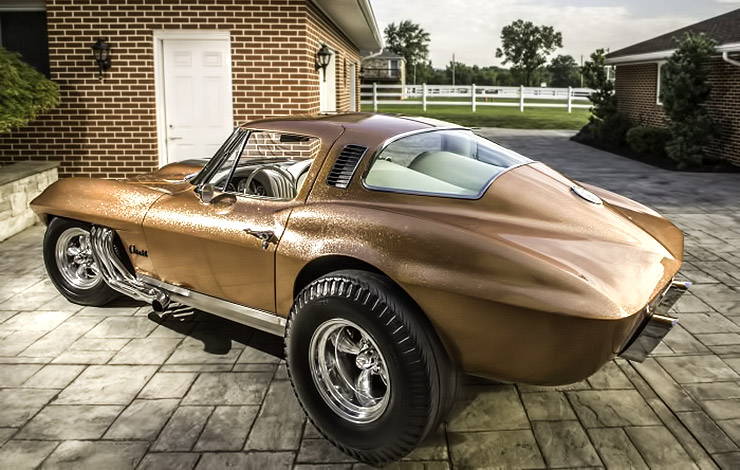 The interior design was just as wild as the exterior and done by Don Ferrara of San Pedro, California. It was finished in a pearl white Naugahyde, complimented with copper accents to match the exterior paint. 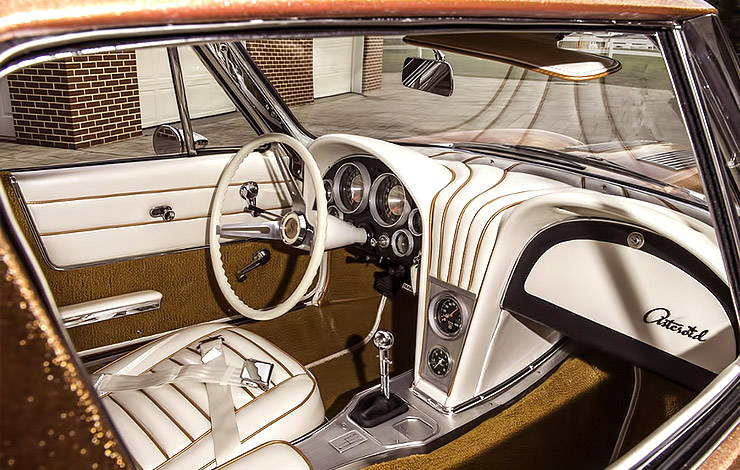 This Corvette was built with dual personalities and was as fierce at the car shows as it was racing down the quarter-mile. It was powered by a 352 cubic inch motor with 13:1 compression and fed through six chrome Stromburg 97 carburetors. Everything under the hood was either painted gold metallic or chrome plated and was the topper for an already over-the-top car. The Asteroid Corvette disappeared from the public eye over 50 years ago. Over a span of 5 decades, it was created, transformed, retransformed, and then, fortunately for us, finally, this out-of-this-world Vette was restored back to its original glory.