This 1962 Plymouth Savoy was built as a pursuit car for the Oklahoma Highway Patrol, but her destiny took another direction. 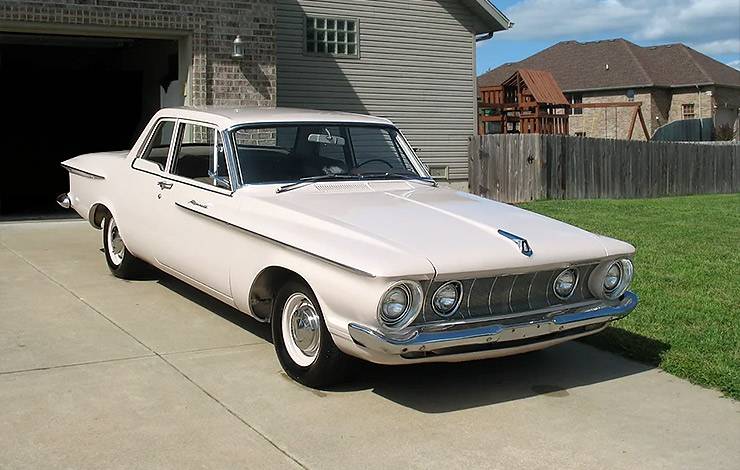 The Oklahoma Highway Patrol needed cars to patrol the new interstate highway system in 1962. They ordered a fleet of new Plymouth Savoys to accomplish the task. Someone must not have counted correctly, because more were ordered than needed, so they decided to surplus some of them.

One of the surplus cars was a Sandstone-colored two-door sedan with a 318 engine and numerous factory options.
– 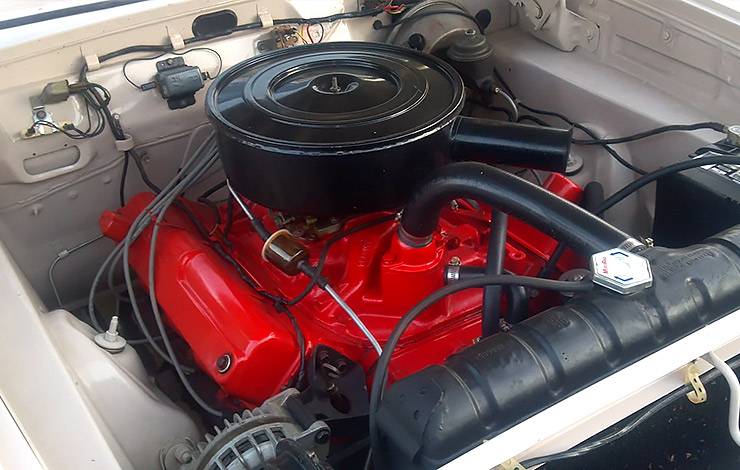 Those options included push button automatic transmission, Carter four-barrel carburetor, heavy duty air cleaner, seat belts, padded dash, power steering and power brakes. Of course, since it was destined for police duty, it had the calibrated speedometer that officers could use to clock speeders and it also had a radio delete plate.

The Tulsa Fire Department thought they could use the car, so they took the Sandstone Savoy and assigned it to a fire chief. The chief, however, was driving a one-year old Dodge that he really liked. He took a look at the new Savoy and the controversial styling was not for him. He disliked it so much that he decided he would just continue driving the Dodge. He moved the new Savoy to the lot behind the fire station and parked it. 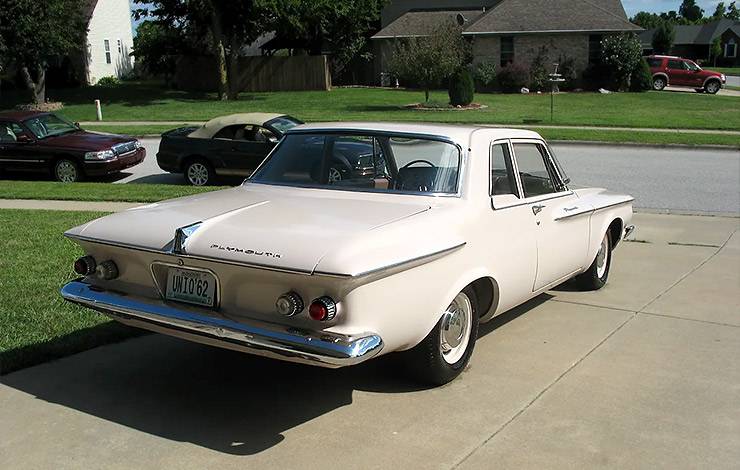 Fast forward a year. The Savoy had now accumulated fewer than 100 miles on it. In Coffeyville, Kansas, George Mitchell was serving as a fire chief. He had a 1946 Plymouth for his daily transportation and was looking for a newer vehicle. 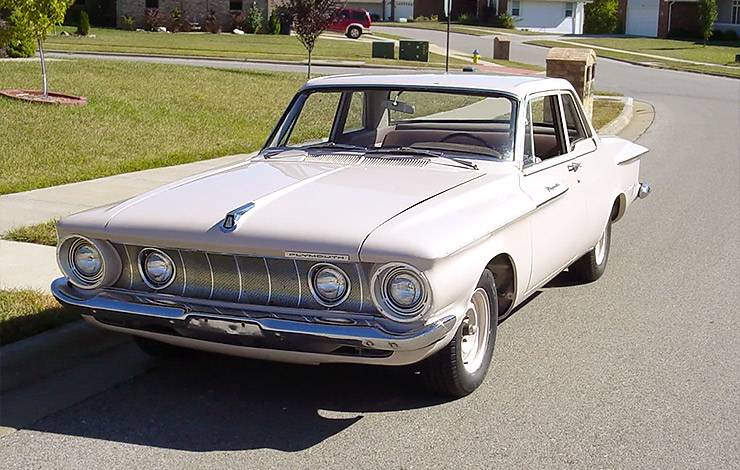 He’d heard about the Plymouth Savoy in Tulsa and went to take a look at it. When he saw it, he purchased it on the spot and took it home. The Savoy served as his daily driver for the next 26 years.


In 1989, at the age of 81, Mitchell went for a drive with his younger brother. Mitchell started to brake, but his foot slipped and lodged between the brake pedal and accelerator. The left front fender banged against a tree and the right front and rear fenders hit a telephone pole. 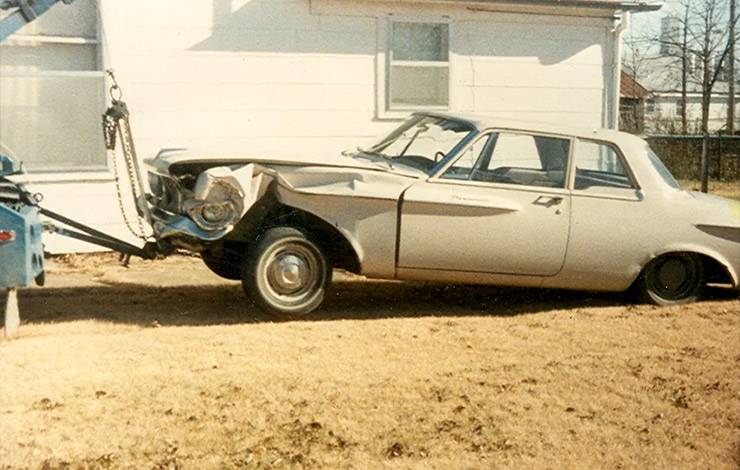 Mitchell went to five body repair shops that said it couldn’t be fixed due to parts being nearly impossible to find, so he parked it. 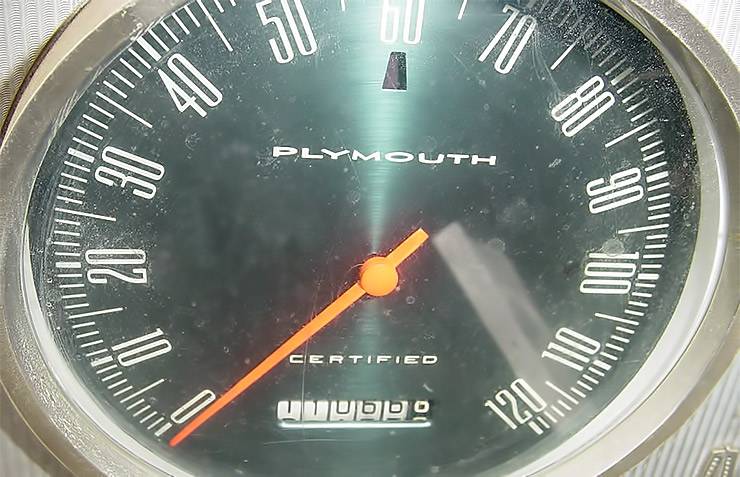 Mitchell passed away in 1991. The Sandstone Savoy went to a couple of great nephews, Brian C. Buckner and his older brother, Darin Buckner. Darin Buckner happens to be an expert body man, so the brothers decided to repair it. Darin repaired the body and Brian dealt with electrical issues in the engine compartment and restored the interior. 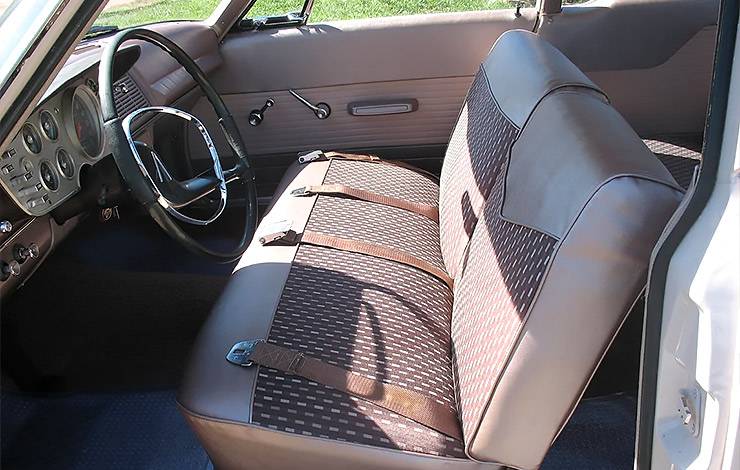 They restored the 1962 Plymouth Savoy back to as original condition as possible. The Buckners have prepared a notebook with photos and documents they keep with the car that tells the story of the interesting life of this Sandstone ’62 police Savoy that didn’t get to serve.

Today, the ’62 Sandstone Plymouth is a regular participant at car shows in southwest and south central Missouri. 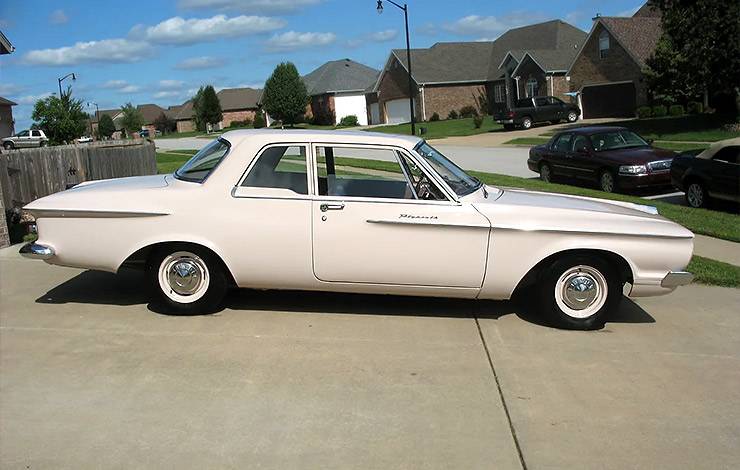