The Packard Panther, originally named the Grey Wolf II, after the legendary Packard racer of 1903-04, has a one-piece body of molded fiberglass up to an inch thick and design with serious performance muscle under the hood. 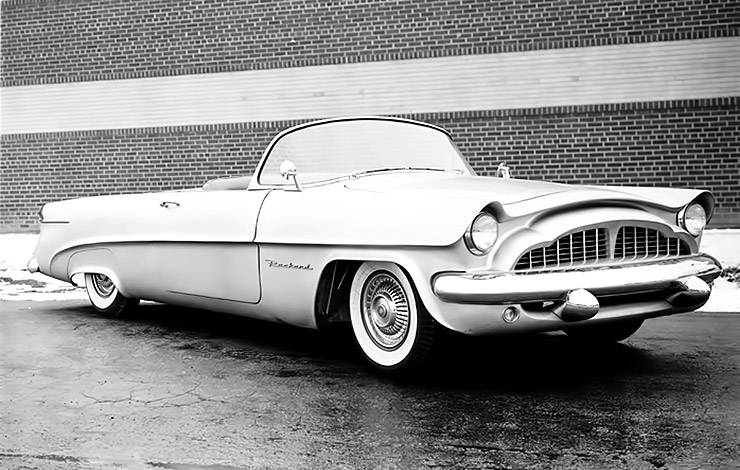 During a time when many manufacturers’ show/concept cars were little more than mocked-up packages used to display futuristic innovations and lacked any type of operable drivetrain, Packard wowed the show crowds with an unusual looker that also could hold its own out on the road.

Initially called the Gray Wolf II, this show car paid homage to the fiftieth anniversary of the first Gray Wolf. This was a racer based on Packard’s 1903 Model K, which was powered by a bored and stroke version of the K’s four-cylinder that made it good for 25 hp. Clad in an aerodynamic aluminum body, the Gray Wolf, in the hands of its designer Charles Schmidt, defeated far more powerful race machinery in races all around the country, thus bringing the company fame.
– 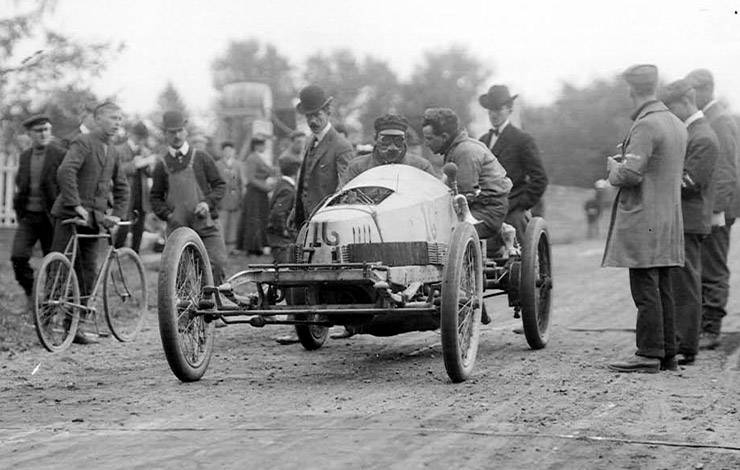 Its smaller size and the fact that it had a narrow tapered nose without a grille opening (the radiator was actually a series of thin copper tubes that ran the length of the body sides) likely helped it prevail over its competitors on the racetrack. Its biggest claim to fame came in 1904, when it broke the existing land-speed record for the mile at Ormand/Daytona Beach, Florida, covering the mile in 46.24 seconds with a top speed of 77.6 mph.

That same year, Packard actually offered the public the chance to buy their own Gray Wolf racers-but at a cost of $10,000 each, there weren’t any takers. The Gray Wolf rounded out its two years of glory with a fourth-place overall finish in the Vanderbilt Cup Race, an excellent showing considering the international attention focused on that particular event. 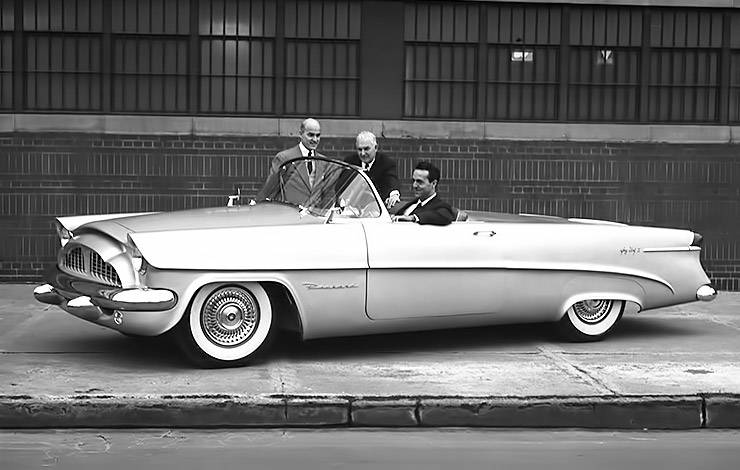 Fifty years later, the Gray Wolf II appeared, and it went on to do right by its namesake. Powered by Packard’s new 359-cu.in. straight-eight, the II got a helping hand from some unnatural aspiration in the form of a McCulloch supercharger, a combination that the company claimed was good for a total of 275 hp, pretty heady power for the day. 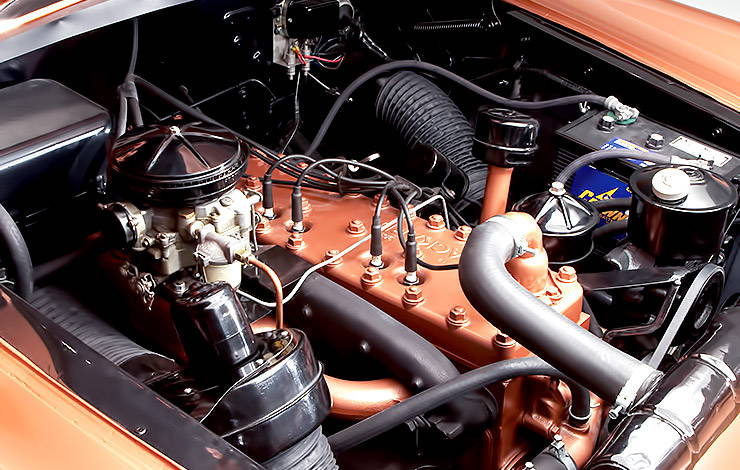 After making its initial rounds on the show circuit, it appeared at the Speed Week at Daytona Beach. In the hands of racer Jim Rathmann, the II did what its progenitor had done five decades earlier. Rathmann sent the sand flying and recorded an unofficial speed of 131 mph, and put the car in the record books with a 110.9-mph one-mile run. 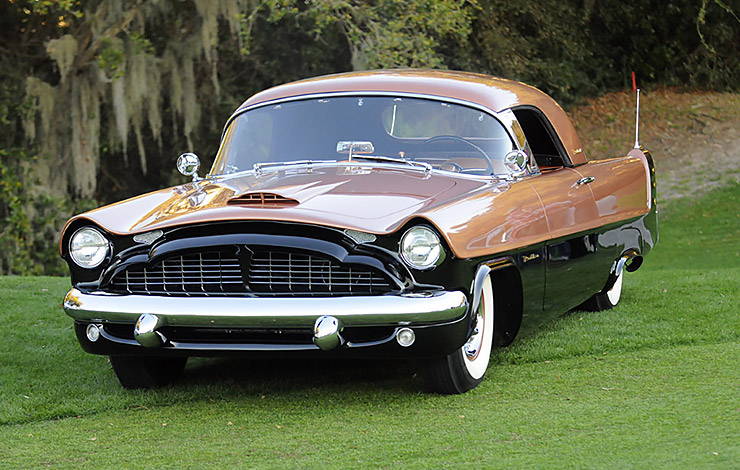 Stylistically it was unusual, and little actually carried over to future models. The overhanging body line “flap” ahead of the hood might have been the inspiration of the 1955 cathedral-style headlight treatment, 1955-style taillights and a two-tone paint scheme, but in the form displayed on the Gray Wolf II, never reappeared during the short future the company was to have. 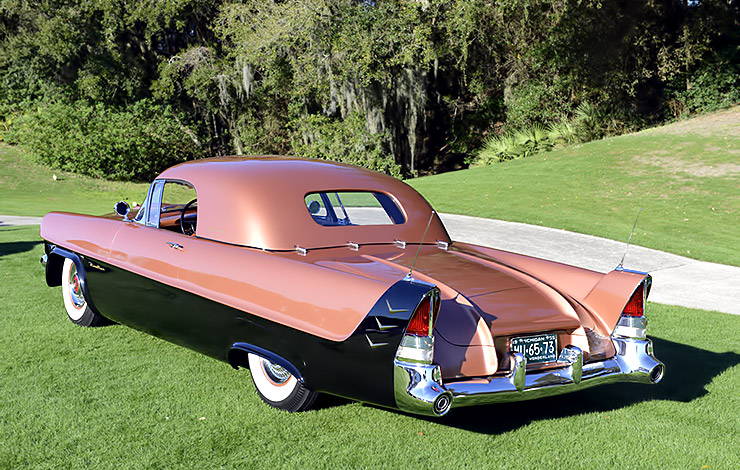 Other cues that did make it into production included the panoramic windshield and a very similar front bumper treatment, though in the production version, the bumper guards were positioned on top. Following its exploits at Daytona, it was renamed the Panther-Daytona. 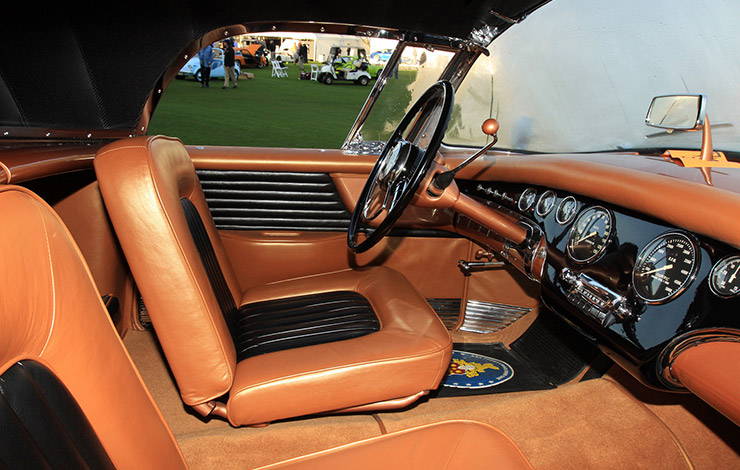 The silver example shown in the video below is owned by the Mitchell Corporation of Owosso, which finished the bodies and interiors for the Panthers.