This 1954 Buick was the idea of Hal Wing and he approached Troy Trepanier to build the car for him. He had a wrecked G55 Benz, but wanted to get a classic made by Troy. Troy is no stranger to Buicks. In the 1990s, he built the “Hot Rod of the Year,” a 1950 Buick Sedanette. 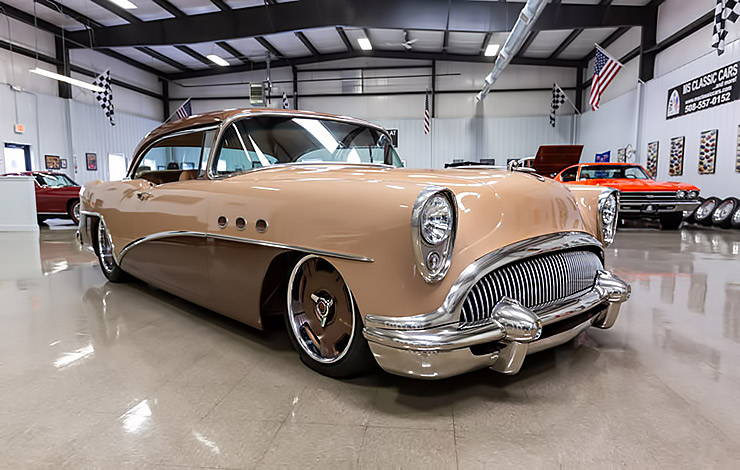 Hal’s idea was to take a 1954 Buick and marry it up with G55 AMG running gear to create this beautiful car you see here which is known as the G54. You read that right, the G54 is basically a Mercedes G55 wrapped in ‘54 Buick steel. 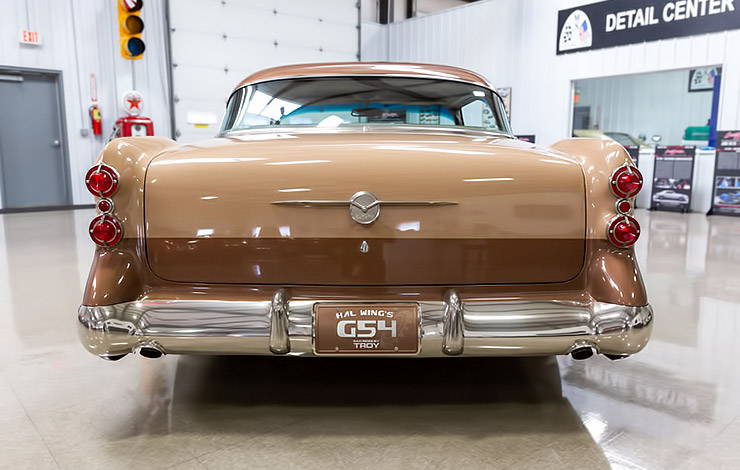 The car is an exercise in cool. All of the technology from the G55 was removed, including the multiplexing wiring, and transplanted into the Buick. An Art Morrison chassis was built to handle the Buick, along with a set of Baer 14″ brakes with 6-piston calipers, Eaton Detroit TrueTrac differential and custom built wheels. 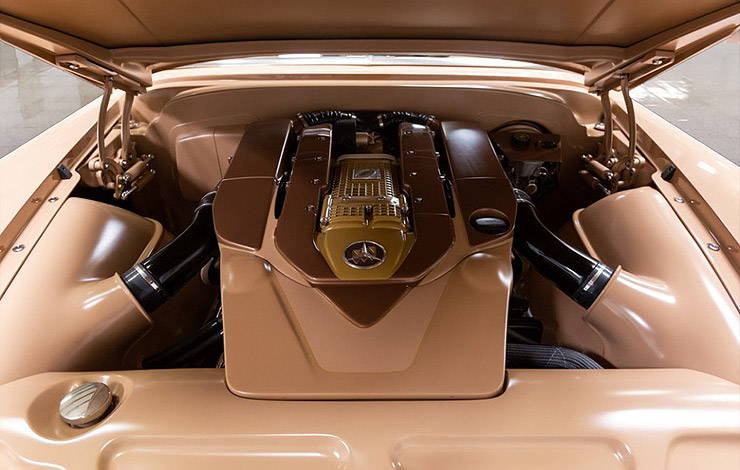 The car is powered by the G55′s AMG 5.4 liter supercharged V8 with an estimated 530HP which caused a few issues when trying to connect the engine’s ECU in a different configuration that it was originally designed for. 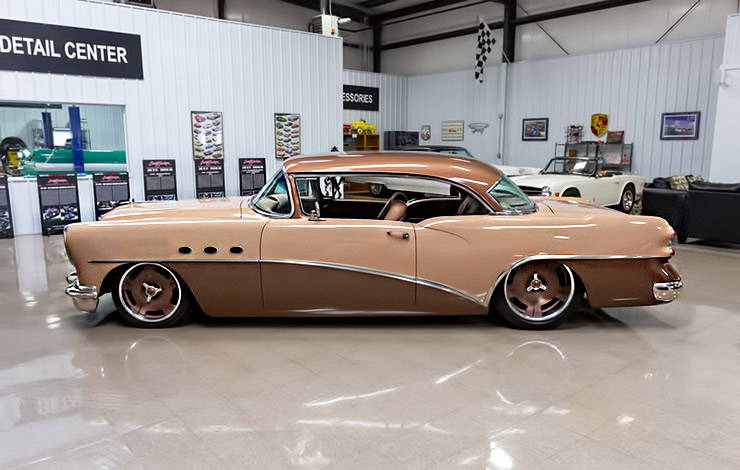 The car is finished in two-tone Chocolate Brown and Cognac Peal colors which look fantastic together. The interior matches the exterior color combo of the car and is finished in stitched brown leather together with many of the parts from the G55 AMG. 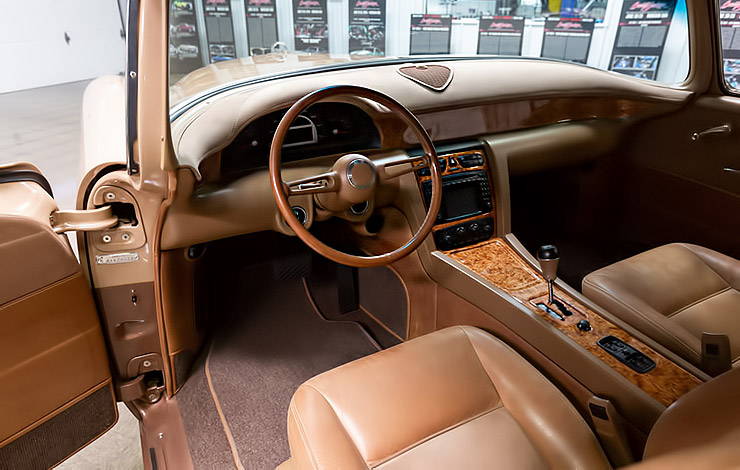 The gauges and navigation/audio system were all integrated into the ancient Buick shell. To keep it all stealth, Troy found an old Philco console stereo and stripped the cloth from it, recycling it in the speaker grilles for the ’54. 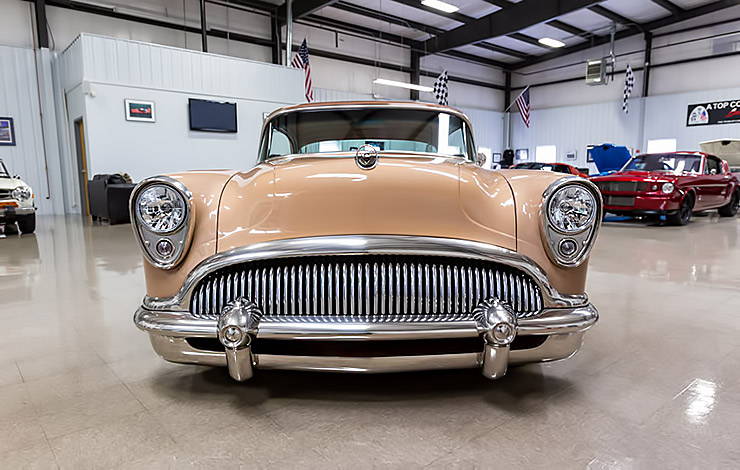 Troy’s aim was to craftily combine the great looks of the ’54 Buick with the performance and quality that you would expect from a Mercedes. It’s one extraordinary car with brutal performance.