This is “Breathless”, a 1953 Buick that was built by Rick Dore to his usual very high standard. 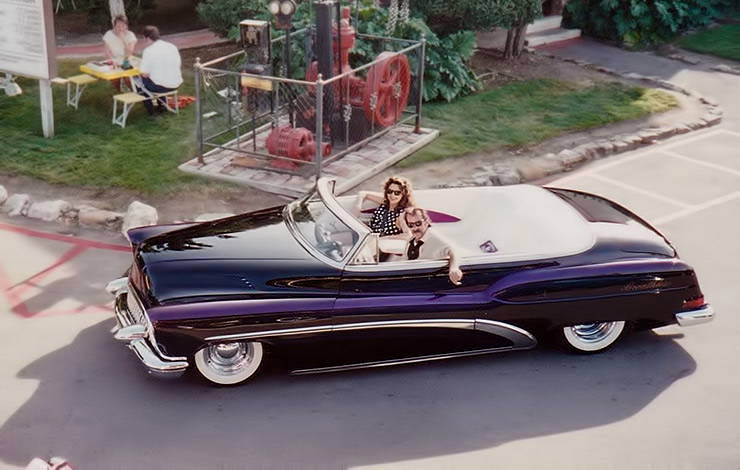 This was his second project based on a 1953 Buick Super Riviera hardtop prompted by Rick’s wife Susan. The original hardtop was ditched in favor of a cushioned and removable top that sits atop a chopped window frame.

When the car was shown at the Oakland Roadster Show it won an award for being “First in its class” and also won “World’s Most Beautiful Custom” when it appeared later on in Sacramento. This car has also appeared on the cover of Custom Rodder magazine and has been mentioned in some books then later in 2005 a scale model of it was created of it.
– Nestled in a fully chromed engine bay seat a 350 cubic inch Chevrolet V8 delivers around 350 horsepower mated with an automatic transmission. The front suspension is supplied from a Chevrolet Nova and has a set of chrome smoothie wheels wrapped in Coker wide whitewall tires on each corner.

To create that ultra-smooth body Rick has removed most of the external trim including the door handles. He also flared the top of the grill and tail light clusters and fitted billet headlamp surrounds. 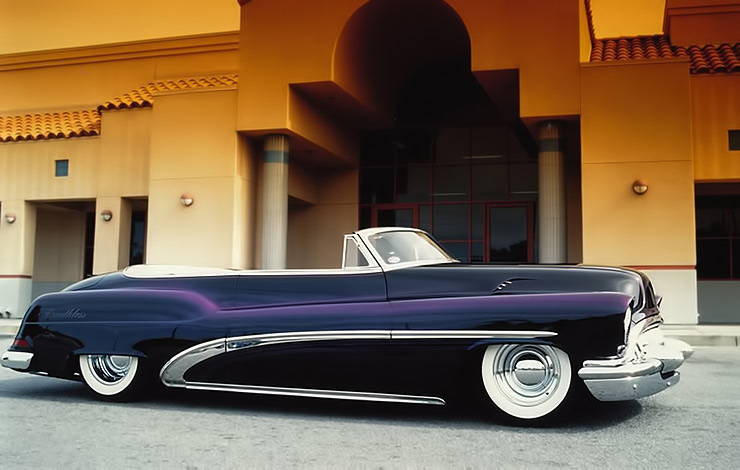 The bumpers did not get overlooked either with “bullets” being fitted from a Packard. The rear bumper is from a 1956 Plymouth which works well with the deck lid which is from a 1951 Buick and the hand-built taillights. The car has been painted in House of Kolor black purple and lavender candy paint. 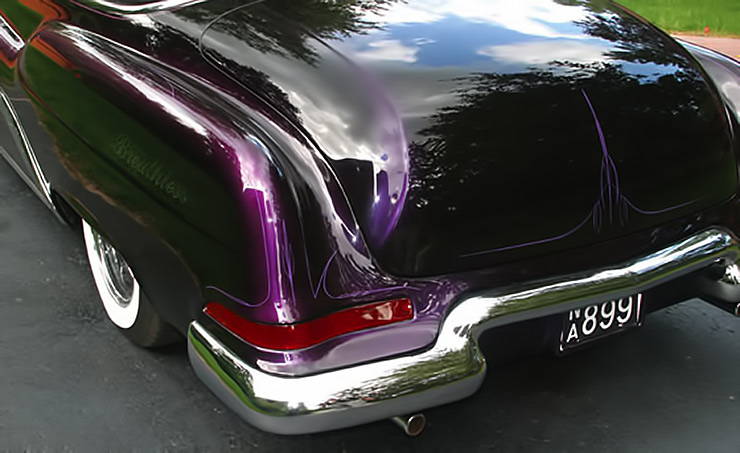 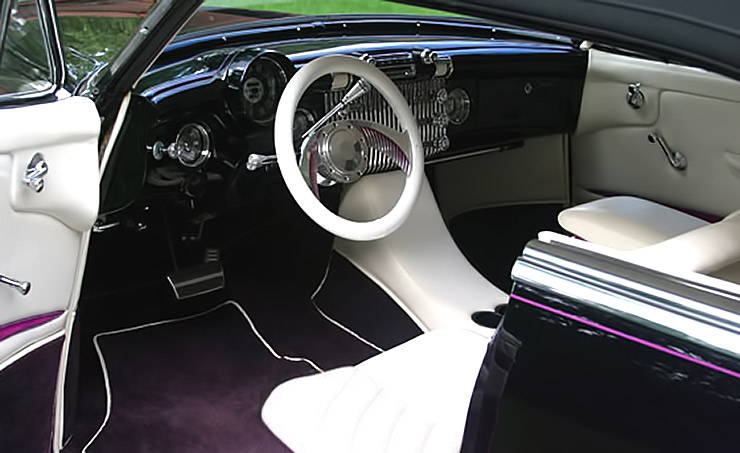 Breathless is aptly name for this Buick. It’s easy to get lost in the gorgeous black purple sheet metal as if it were a black hole, taking your breath straight from your lungs. 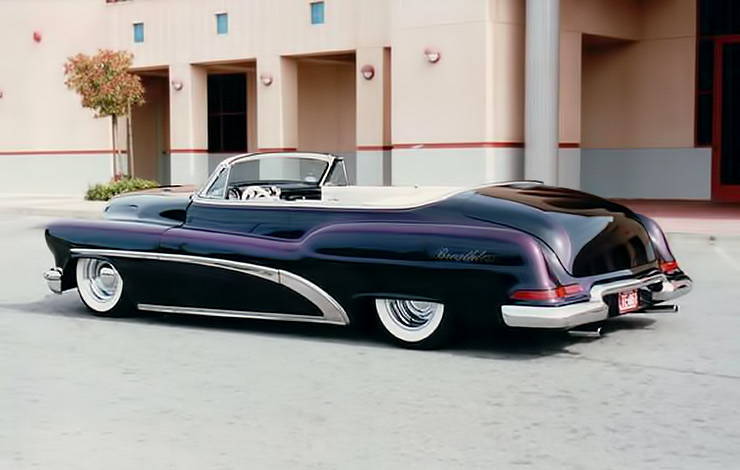