The owner of this beautiful 1952 Chevy 3100 plays guitar in a Tucson mariachi band, and in case you were wondering that’s where the name “El Mariachi Loco” comes from. 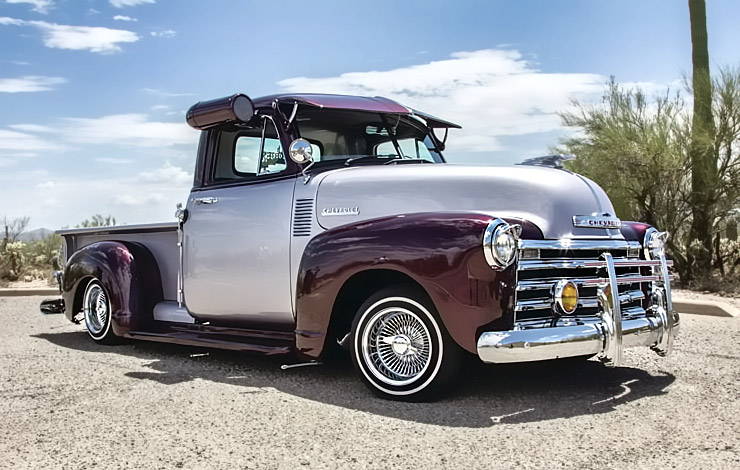 Family heirlooms come in all shapes and sizes. From pocket watches to rings, and for some people, even cars. You see, Billy Ruiz’s grandfather purchased a 1952 Chevy pickup and when the time came he handed it down to Billy’s father.

Ever since Billy was a little boy he waited patiently knowing sooner or later that his dad would pass it down to him. Just as his dad had promised, at age 16 Billy found himself the proud owner of a slightly restored 1952 Chevy truck with a less-than-desirable paintjob.
– 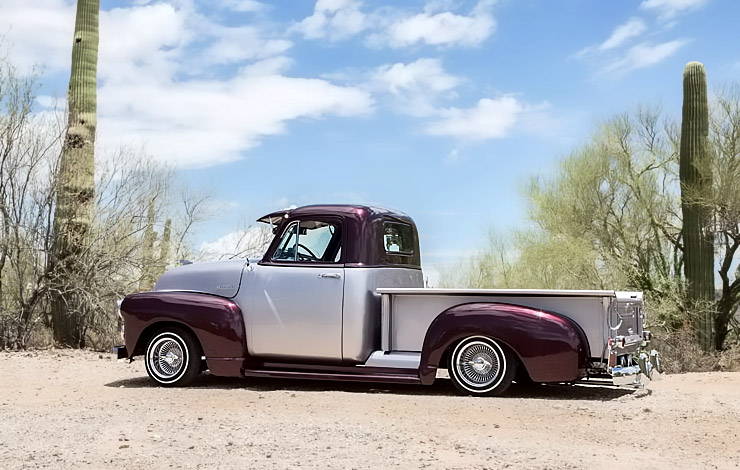 Shortly after graduation, Billy began a construction job and this family heirloom would finally begin its full restoration journey.

At first, Billy had no intention of building a lowrider but instead wanted to build a street rod, which is something he could drive every day. After hanging out with friends who had lowriders, and going to a couple of lowrider shows, the lowrider bell rang in his head. 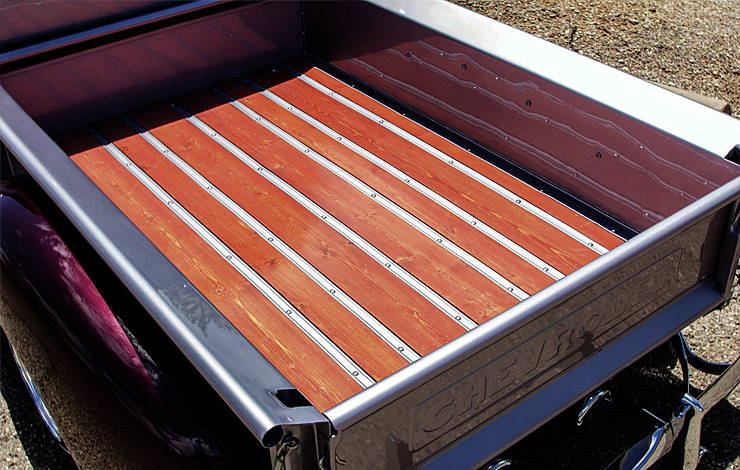 First thing on the list was to lay down the unique two-tone purple burgundy and silver fuchsia-infused custom pearl paint. While Ideal Plating was stripping and chrome plating all the truck’s metalwork, Jose Luis was cutting, stitching, and sewing the cloth interior. 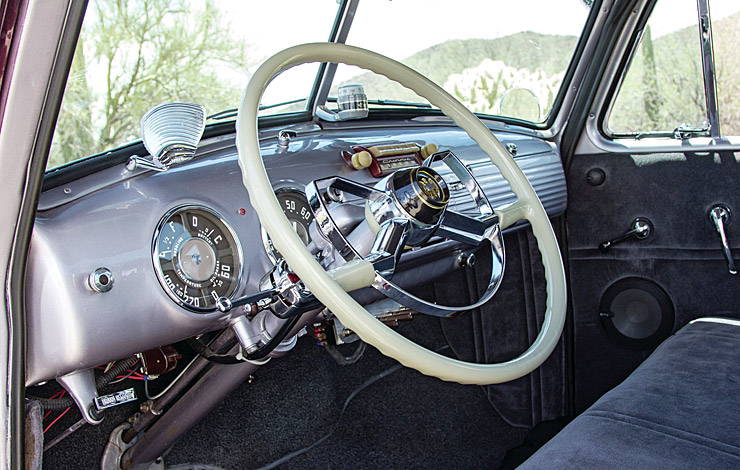 Instead of going with the traditional wood-grain finish, Billy decided to continue the truck’s custom look and paint the interior trim a unique blend of gunmetal gray. With the original engine chromed and polished, the final step was saved for Carlos Smith of Chevy Classics in Tucson, Arizona, who would install the custom hidden two-pump hydraulic setup, allowing the truck to lay low enough to scrape that hot Arizona pavement. 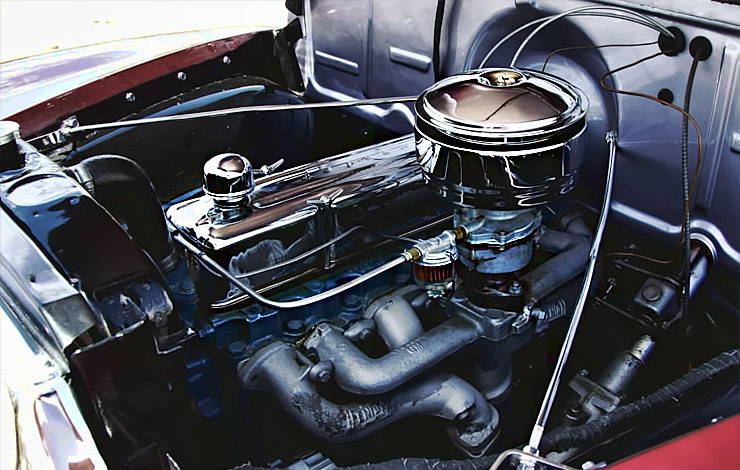 As a member of Old Memories Car Club since 1996, Billy has proudly displayed his truck in honor of both his father and his grandfather. Billy is extremely grateful his grandfather was able to see the transformation of a truck originally purchased back in 1954 before his passing. 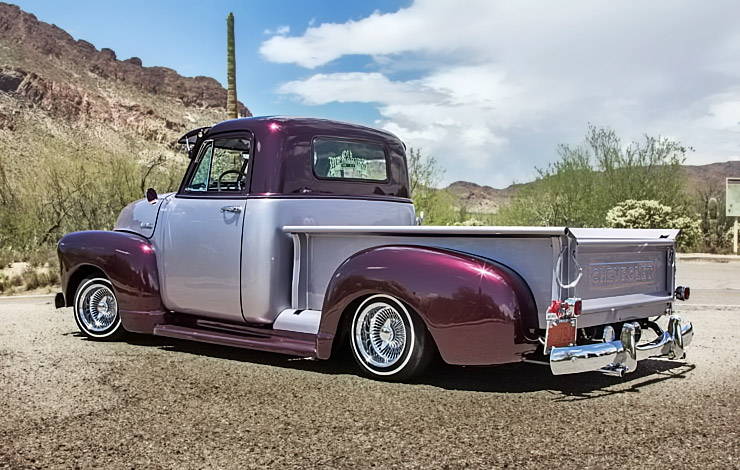