The Frazer Manhattan was the company’s Kaiser-Frazer Corporation flagship offering for 1951. 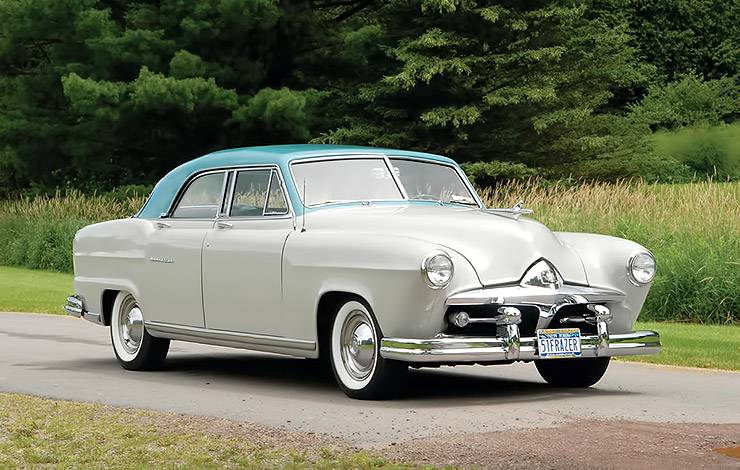 As World War II was winding down, steel and shipbuilding magnate Henry J. Kaiser decided to enter the auto business. He collaborated in this project with Joseph W. Frazer, who was then the president of the moribund Graham-Paige automobile company. Together, they formed Kaiser-Frazer Corporation in 1946, using Henry J’s money and what remained of Graham-Paige’s automotive manufacturing assets.

The new company sold autos under two nameplates, “Kaiser” and “Frazer.” Their 1947 model year sedans shared a common frame, drivetrain, and body shell, with different grilles, trim, and badging to distinguish them. The Frazers were the company’s up-market “senior” line, and the A-Number One, top of the list Frazer was the Manhattan.
– 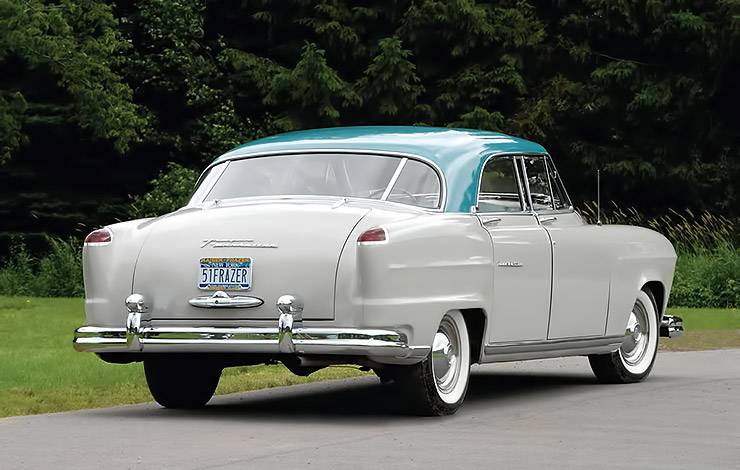 Styled by Howard “Dutch” Darrin, the Frazer Manhattan is a typical full-sized postwar car, with a high beltline, sculpted front fenders, a hood that tapers to a “nose” above the grille, and a split windshield. It’s the sort of car I associate with detectives in trench coats and “dames” with trouble written all over them.

Inside is enough interior space to hold a dance party–or so it seems to those of us who came of age in the era of downsizing. The cabin has a high ceiling, the better to accommodate the well-dressed postwar man’s stylish fedora. The dash is a lovely example of late-period Art Deco/Streamline design. 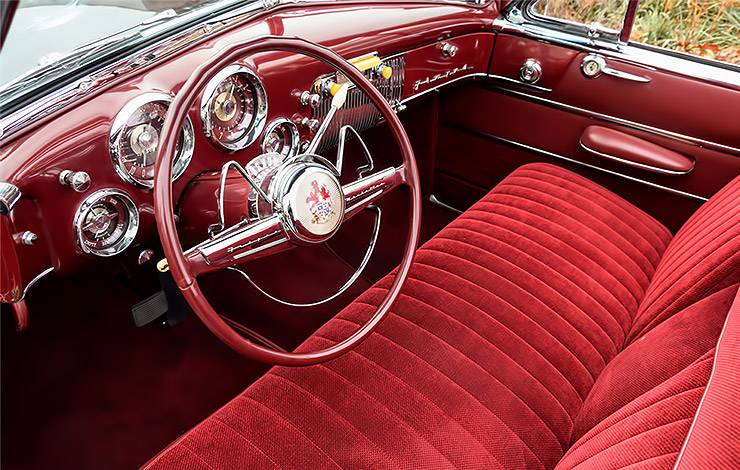 The Manhattan sat on a 120-inch wheelbase and weighed 3,375 pounds. It was powered by a 226 CI Continental flathead inline six cylinder engine which produced 112 horsepower. In a car this size, that did not make for sprightly acceleration, but by 1946 standards the performance was competitive. 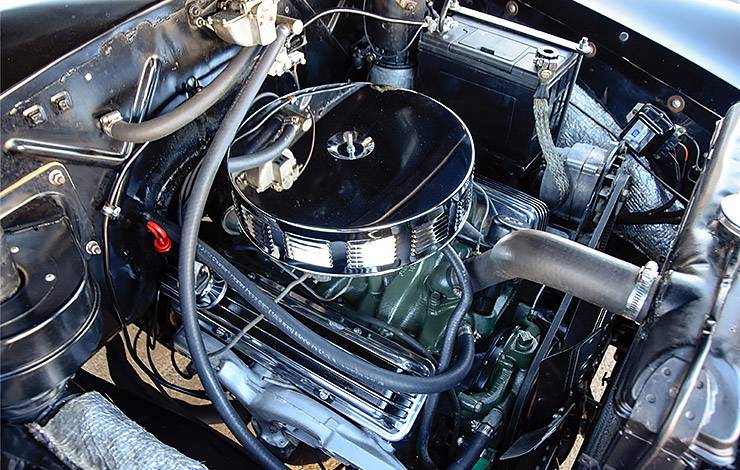 The chassis was conventional for the time, with independent A-arm suspension and coil springs in the front, and a live axle with leaf springs in the rear. It’s certainly not cut out for canyon-carving on Mulholland Highway, but the driving dynamics were adequate for the concrete canyons of its namesake city. 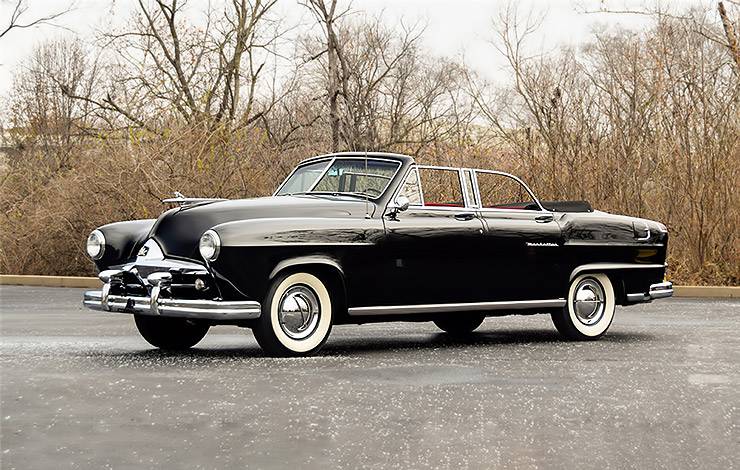 Initial sales were brisk because the Manhattan (and the other Kaisers and Frazers) hit the market before the “Big Three” could introduce their own postwar designs. That state of affairs would not last long. The Manhattan was a stylish vehicle but its six-cylinder engine was not enough to keep the public interested. 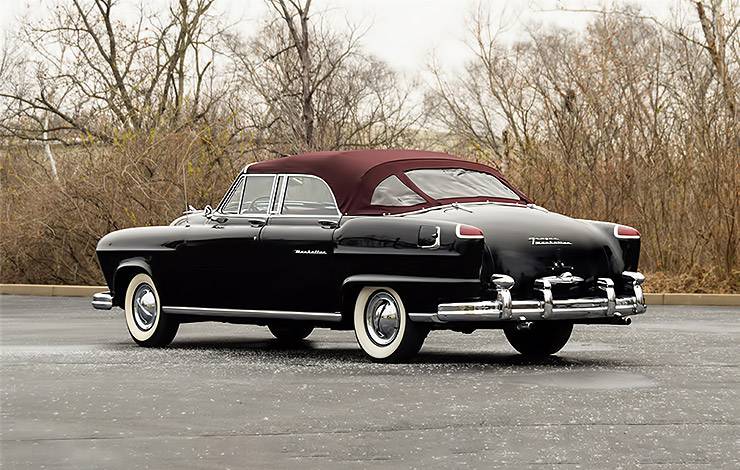 Kaiser-Frazer would exit the U.S. passenger car market in less than ten years due to declining sales and competitive pressure from larger manufacturers, but in late 1946 and early 1947, the Frazer Manhattan was king of the hill, top of the heap.