It took Sonny Vasquez over six months to build and customize his 1949 Buick Super, but only a few minutes for a fire to completely destroy it. 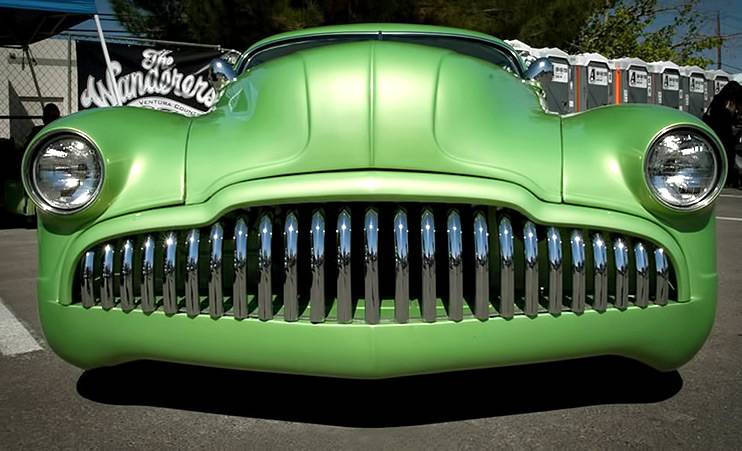 Three months after he completed the build, the two-door coupe, which Vasquez had first spotted sitting on the side of the road in his hometown of Oxnard, California, caught fire while he was driving it on the freeway. The fire was due to friction from the rear brakes.

“It burned down while I was driving it to the swap meet,” Vasquez said. “The car was completely destroyed.”
–
Rather than mourn the loss of his precious Buick, Vasquez set out to rebuild the car and make it better than ever. “The day it burnt down, I started to take it apart to start the rebuild,” he said.
– 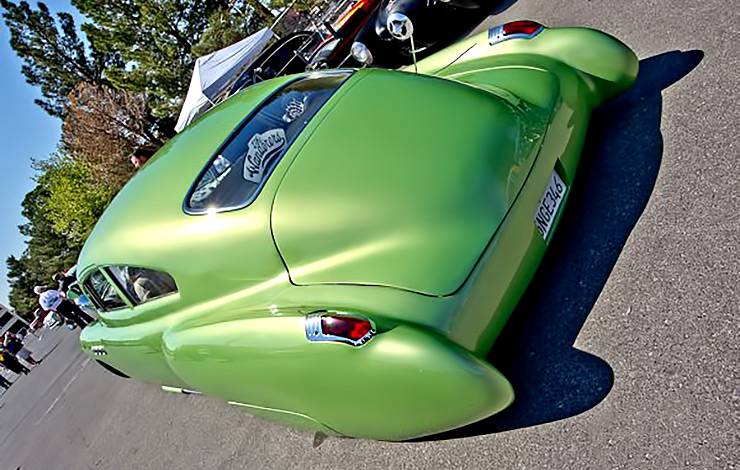 Vasquez had his work cut out for him. “Since the body and interior were completely burned, I had to sandblast the whole car,” he said. “Once that was done, I started to reshape the body.”

Vasquez extended the rear fenders, bubbled them and molded them to the body. Other body modifications included removing the drip rails, peaking the hood, frenching the headlights and raising the drivetrain to lower the car. 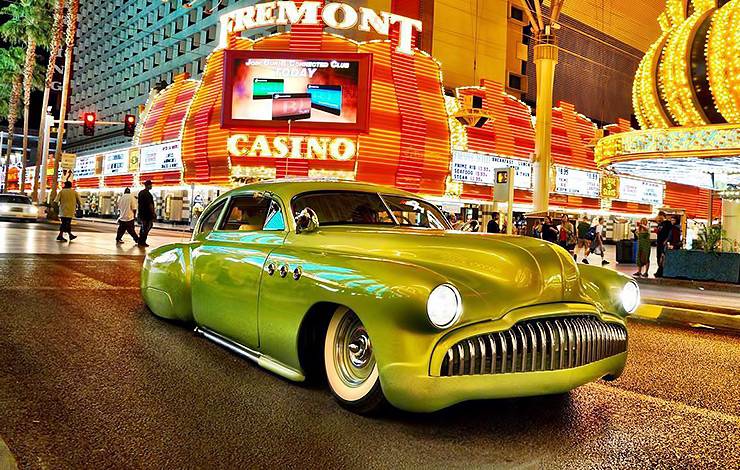 He also decided to chop the roof by 4 inches. “That was the hardest part of the build, the chop,” said Vasquez. “Fastbacks are one of the hardest cars to chop. My favorite part of the car is the body, because of the way it flows.” 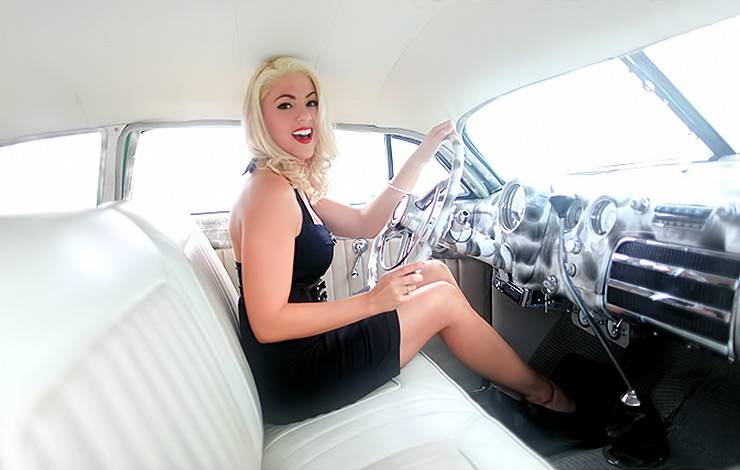 Vasquez sought the help of two local shops when it came time to do the car’s suspension. Noble Fabrications of Ventura, California, created the car’s custom rear suspension and Precision Metal Works of Oxnard worked with Vasquez to do the air suspension system. 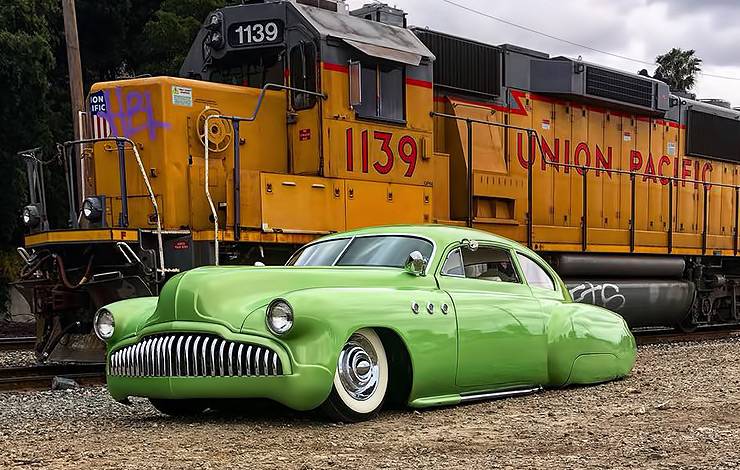 Under the hood, Vasquez decided to install a Chevy 350 crate motor and transmission in hopes of making the car more reliable to drive.


For the interior, Vasquez sent the car to Manny’s Upholstery, also of Oxnard, where it received new custom two-toned ivory and gold metallic seats, door panels and headliner. On the dashboard and doors, Vasquez created a unique swirl pattern to give the interior more pizzazz. 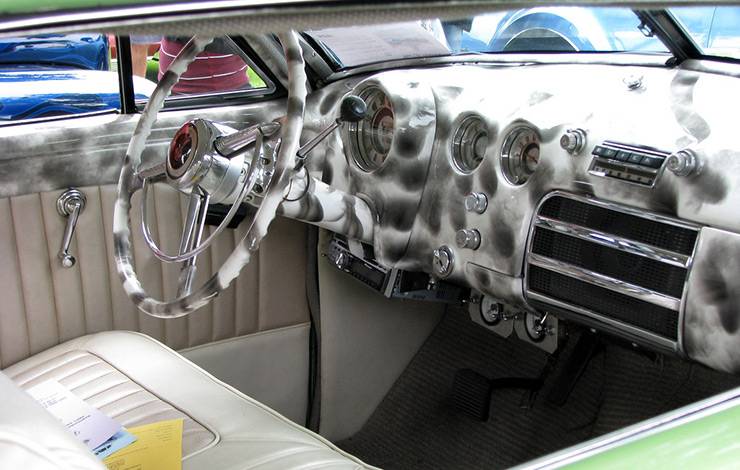 After about three years of hard work, Vasquez completed the rebuild of the Buick and decided to show it off. 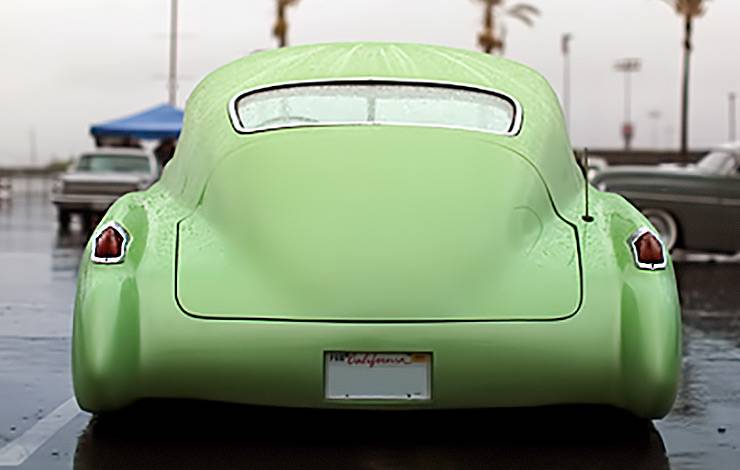 “It’s been to some of the big shows, including the Viva Las Vegas Car Show, where it took Best of Show,” Vasquez said. “It took Best Custom at the Ventura Nationals, and Best Custom at Bo Huff’s 2011 Rockabilly Extravaganza in Riverside, California.”

Vasquez is proud of the 1949 Buick Super he rebuilt from the ground up. “My vision for the car was exactly how it looks right now,” he said.
What can we say other than – fantastic job! That’s the way how to do it. 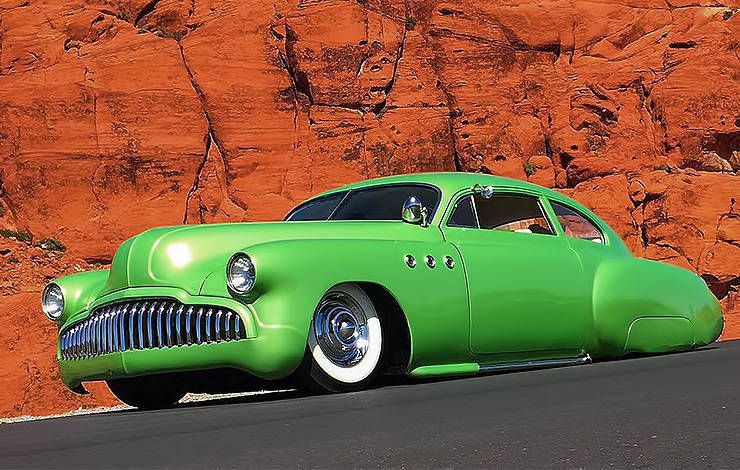