Today’s feature is a 1948/1956 Harley-Davidson Panhead that comes all the way from the Netherlands, it is owned by a man named Maurice.

When Maurice began building his custom bobber, he started out with nothing more than an original 1948 Harley-Davidson wishbone frame. He decided to leave the frame stock and began looking for a motor. While searching he came across a 100% original 1956 Harley-Davidson Panhead engine to use as his choppers powerplant.
– 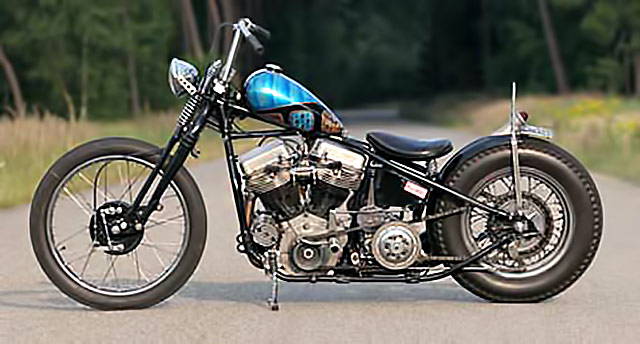 On the Panhead, the cases, the heads and the barrels are all 100% original with numbers matching on the cases. He then rebuilt the Linkert M74 carburetor that was found on the engine and added aluminum rocker covers to help improve the engine’s appearance.

The 60+ years old Panhead is sparked to life by a Morris M74 Magneto ignition while the engine exhales it’s exhaust out through custom stainless steel pipes that were handmade by Maurice.
– 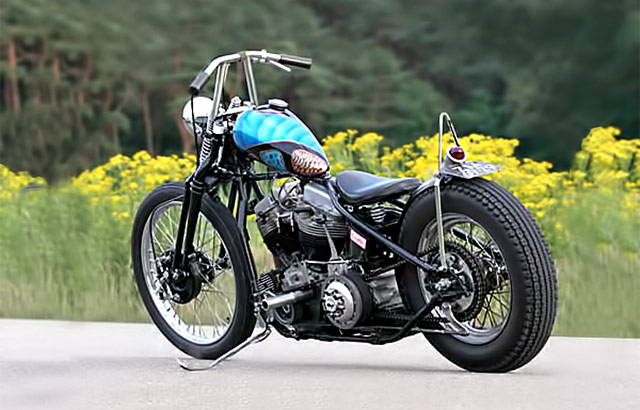 The transmission was built by Maurice using several different spare parts from other transmissions. He used an old Midwest case, Revtech and Andrews internals and a BDL clutch. The primary is a BDL 1.5 inch open primary and the bike is shifted by a jockey shifter topped with a Chicago Motorcycle Supply knob. The forward controls were handmade using spare parts. However, these parts weren’t motorcycle parts were not used but Pegs from a GT BMX bike!

The handle bars of the bike were also handmade by Maurice himself. They were custom made using stainless steel aircraft tubing that has been equipped with an Exile cycles throttle and Super Sixties grips. The bars are used to steer the repo Vintage style Harley-Davidson springer fork. 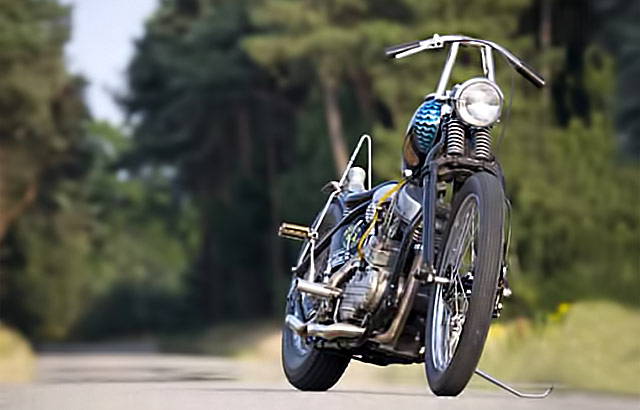 On top of the frame of the bike sits a mustang style gas tank that was chopped up and narrowed by Maurice himself. Like several other parts of the bobber, Maurice handmade the Fender. He made it by chopping up and narrowing a 1936 Ford spare tire cover. The bike is guided through the night by a Bates headlight and it warns others on the road with what Maurice describes as a “Super Bitchin’” Cocker taillight.


All of this sits on a pair of Avon Speedmaster tires. The beautiful unique paintjob that looks like an art piece was done by Max Schaaf of 4Q conditioning in Oakland California. 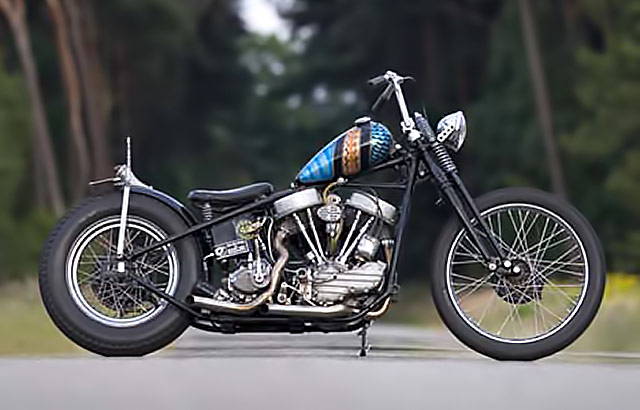 As you can see, this Panhead Oldschool Bobber is a true lane splitter. Maurice must of poured every ounce of creativity, ingenuity and passion for motorcycles into this bike because he has built one amazing chopper!

Your Bobber is a fine work of art, Maurice. 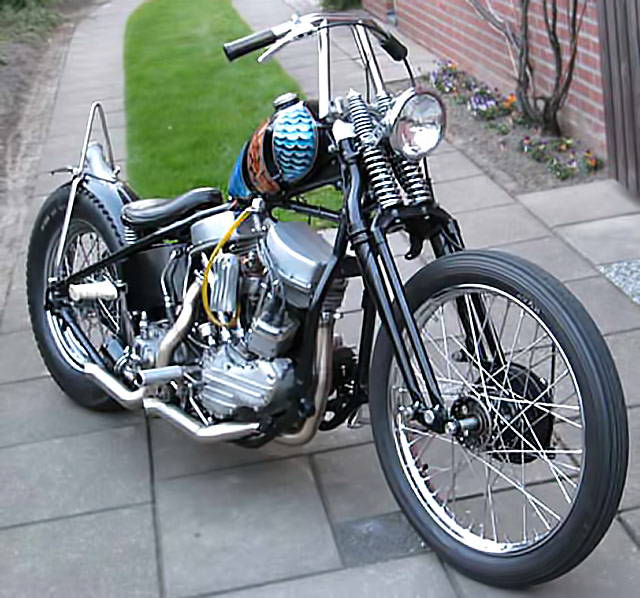