This 1939 Ford Crown Standard, which is one of four classic cars owned by Micky Heflin, took about two years to build.

He build it himself although the interior work was given to Tracy Weaver of Recovery Room Hot Rod Interiors. Micky Heflin owns his own Hot Rod company called Heflin’s Hot Rods which is situated in Paducah, KY.
– 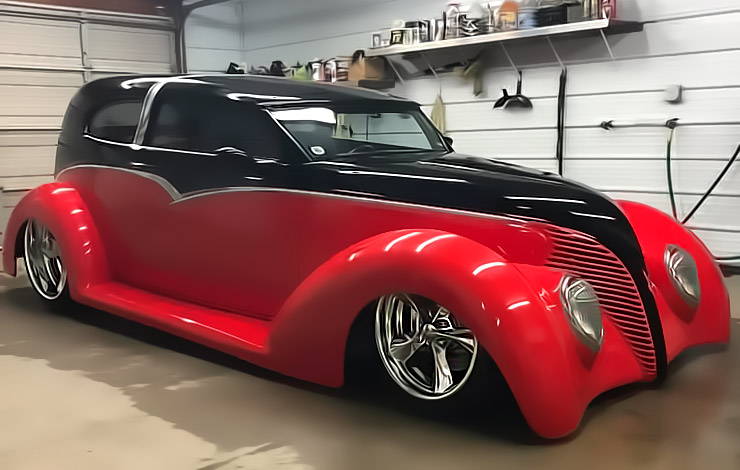 “This ’39 Crown Standard was a car that I thought would show well if I could get the painted molding and the two-tone paint right,” said Heflin. But the car’s paint job proved to be more complicated than Heflin initially expected.

“Painting the car was the most difficult part because I had to paint the body twice after hitting the ceiling lights with the car’s roof while it was on the lift,” he said. “It set me back six months and was not good.”
– 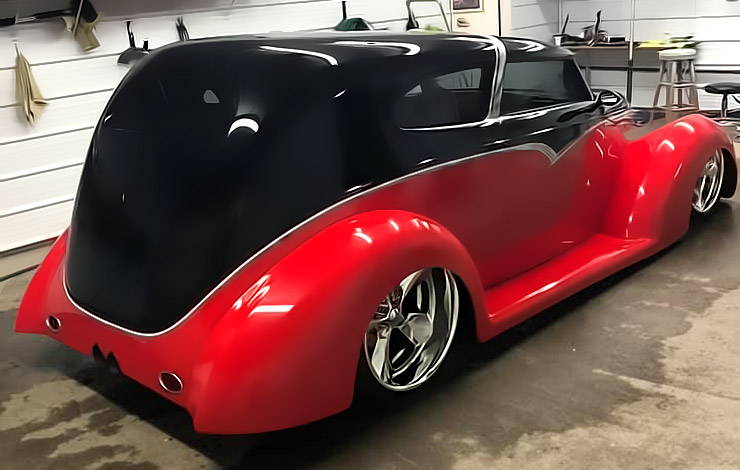 Despite the difficulties, the paint job turned out just like Heflin planned. In fact, he said it’s one of the things that get the car the most attention when he takes it out to industry events. To achieve the glossy two-toned look, Heflin used DuPont Hot Hues’ Factory Pack.

The power for this rod is delivered by an LS-1 engine mated to a 4L60-E transmission that was sourced from Street & Performance. Those terrific wheels are supplied by Boyd Coddington and are Junk Yard Dog wheels measuring 18 x 7 in front and 20 x 10 at the rear. 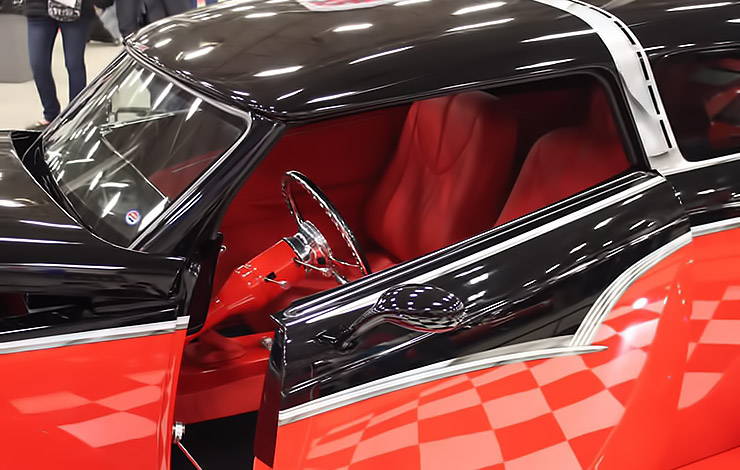 Heflin made modifications to the Mustang II front end so that the car would sit lower to the ground. Recovery Room Hot Rod Interiors of Plattsmouth, Nebraska, built the car’s custom red-and-black leather interior, which Heflin said is his favorite part of the car. 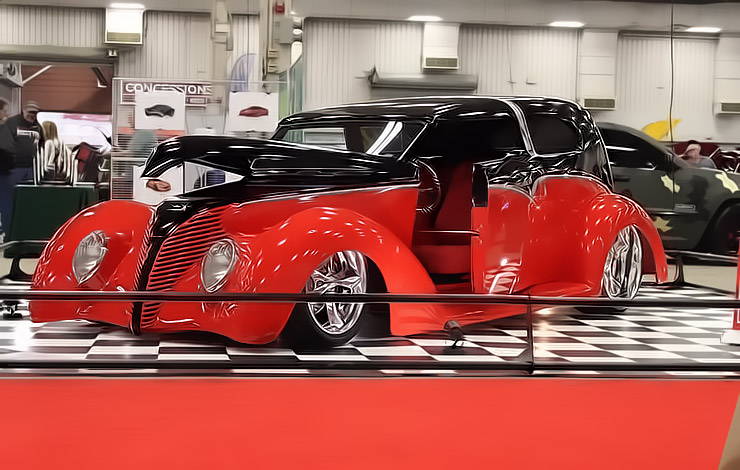 Micky entered this car in for the People’s Choice Award that is run by Hot Rod and Restoration magazine and won the top prize over 12 other fantastic cars from the Indianapolis area.