The Lincoln Zephyr is regarded by many as one of the most beautiful cars ever produced. As usual, Boyd Coddington was able to make it even better. 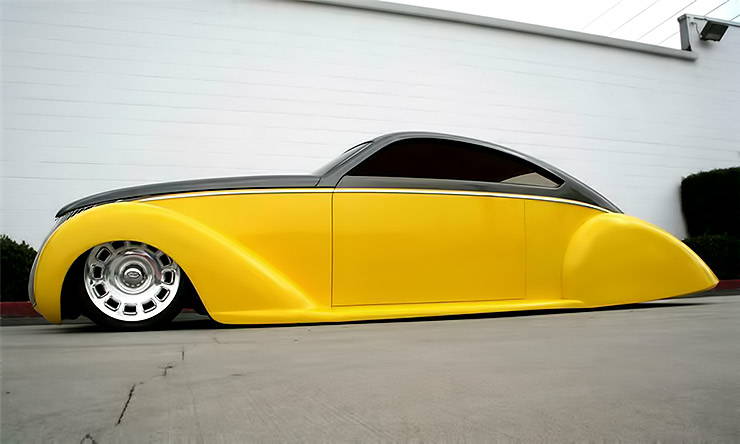 This “Lead Zephyr” hot rod is one of Boyd Coddingtons creations and was inspired by Terry Cook’s Lincoln-Zephyr coupe, better known as “Scrape,” which he was quoted as saying “an especially high quality ride that caught my eye from far away. I had to go over and look at it.”

The Zephyr has a Art Morrison chassis and fully independent suspension but front and rear with air suspensions allowing the ride height to be controlled from within the car. This allows the car to mantain a breath-takingly low appearance whilst parked but still allow it to be used in everyday situations.
– 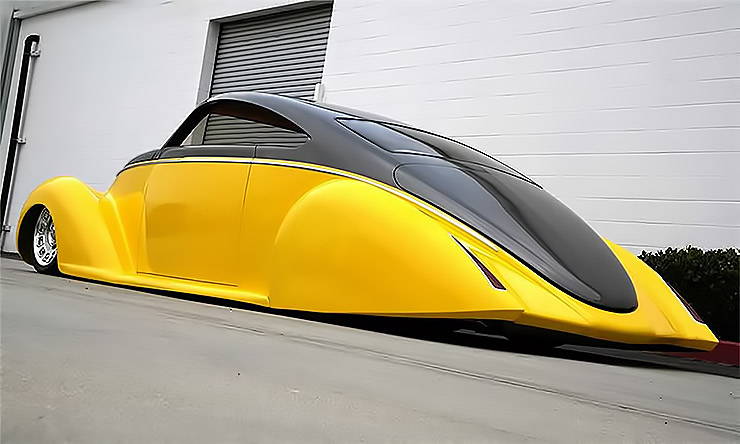 The car has Wilwood disc brakes and a set of one-off Boyd billet wheels and meaty Goodyear tires to keep it rolling and stopping and it is powered by a 430 cubic inch Ford engine fitted to an A06 automatic transmission. This gives a massive 500 hp which is a long way from the 110 hp the original flathead V12 delivered.
– 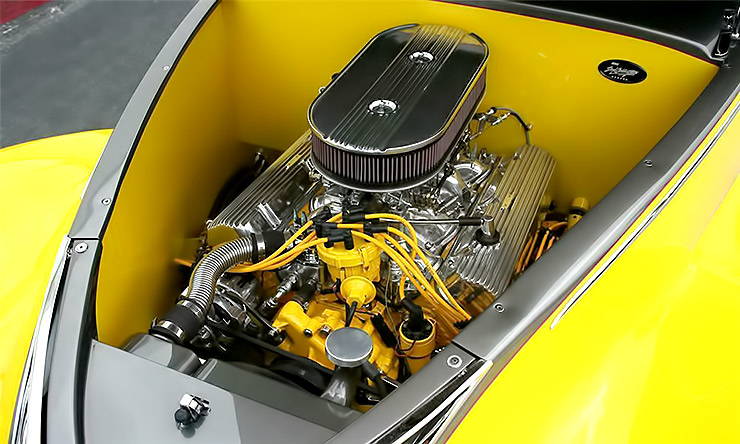 The super-smooth sleek body is a unique creation that has been fabricated by hand by the talented guys that work at Marcel Delay’s workshop. The fastback rear end reflecting the more traditional Lincoln-Zephyr of the late 1930′s but the body has a much slicker and faster feel to it.

The car is painted in DuPont Char-cool over Boyd Mellow Yellow which complements and accentuates the cars art-deco and streamlined profile. 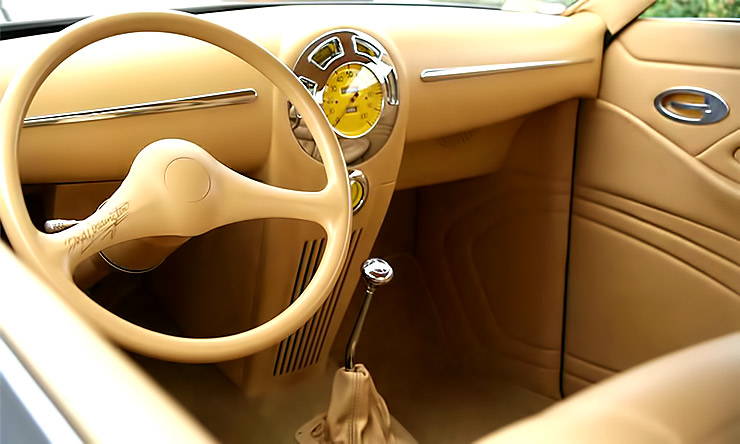 The interior of the car has an Ididit steering column and a bespoke leather-wrapped Boyd Coddington steering wheel that Boyd has signed.The dashboard has been fitted with a specially made set of gauges as well. The center mounted intrument cluster is reminiscent of the original cluster but has a much more contemporary theme making the car feel like it is a rework of a classic rather than a restoration. 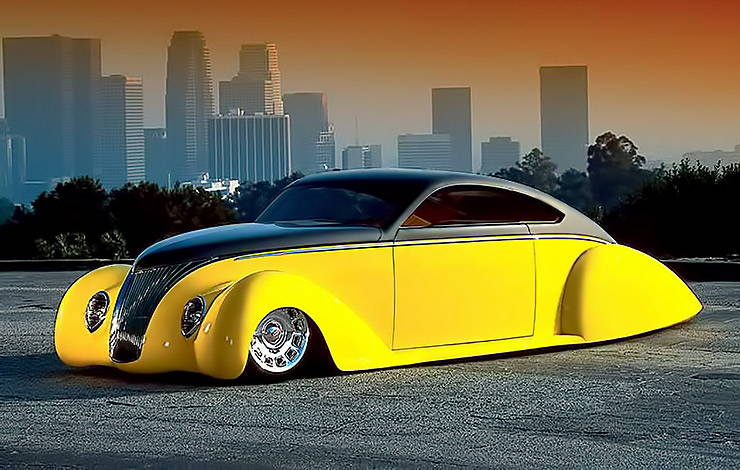