Harley-Davidson’s earlier vintages are no strangers to the auction houses but this little 26.84 cu-in. is something special. 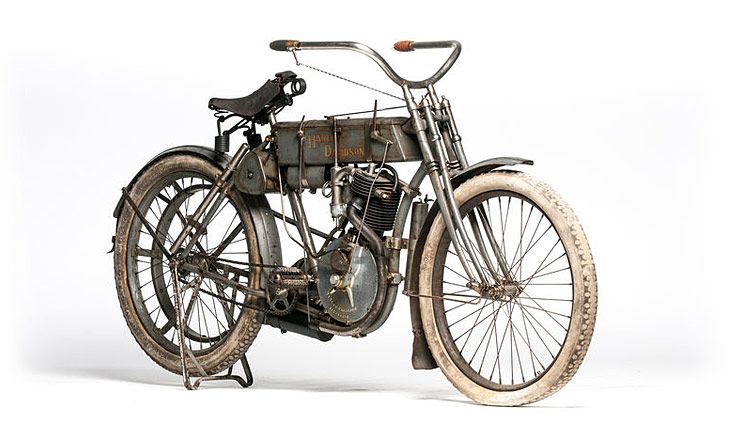 The three Davidson brothers and William Harley, weren’t bicycle racing champs or trained engineers like their competitors in the pioneering days of motorcycling. But they knew a good idea when they saw it, and set about building a motorcycle in 1901, which they finished in 1903, a single-cylinder of 7.08 cu-in. (116cc).

In 1905, the budding factory built five machines. The engines were enlarged to 26.84 cu-in. (440cc), and produced about 4 HP. These first models are known as the ‘Strap Tank.’ The ‘Strap Tank’ itself is exactly what the name suggests: the oil and fuel tanks are held in place by two nickel plated steel bands and an iconic example of motorcycle history.
– 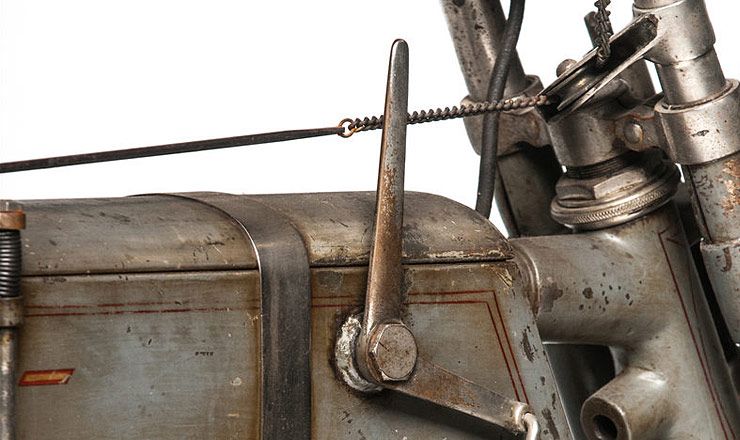 These earliest Harley-Davidson ‘Strap Tank’ models are the rarest and most coveted of all Milwaukee machinery. The serial number (#2037) suggests it is the 37th Harley-Davidson built in 1907, making it their 94th machine ever built, including the two prototypes.
– 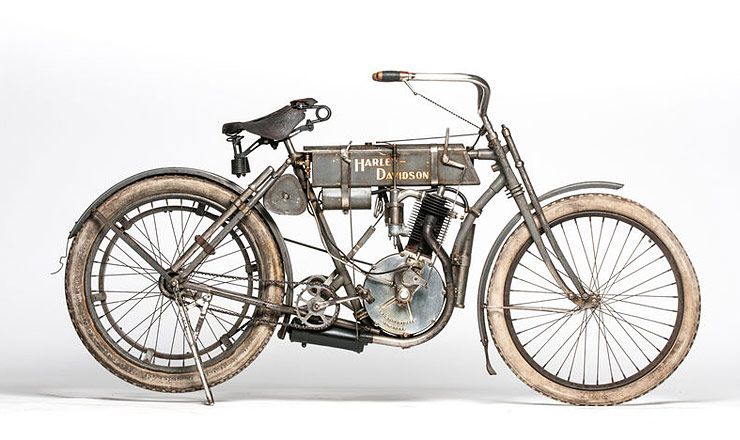 This machine, #2037, is widely considered the best unrestored ‘Strap Tank’ Harley in the world. This particular model is in high demand because of its raw and unrestored finish; a patina like that is centuries in the making and near impossible to recreate.

Sold new to Albert Bongers of Butler County, Nebraska, the motorcycle would remain in the family’s collection until the death of Albert’s son, Leo Bongers, in October of 1992. 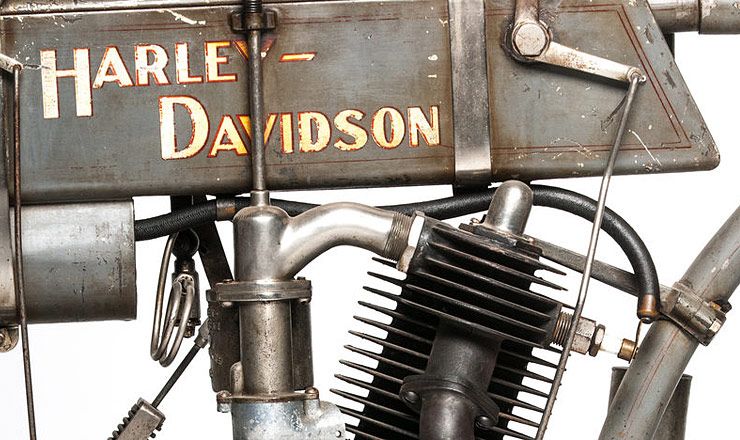 Sold as part of the Bongers estate in January of 1993, serial number 2037 reached a price of $140,000 before the hammer fell, setting a then-record price for a motorcycle at auction. Purchased by E.J. Cole, the unrestored, two-owner Harley-Davidson spent time on display at the National Motorcycle Museum and Hall of Fame in Sturgis, South Dakota, as Cole believed in sharing his American motorcycle treasures with the general public. 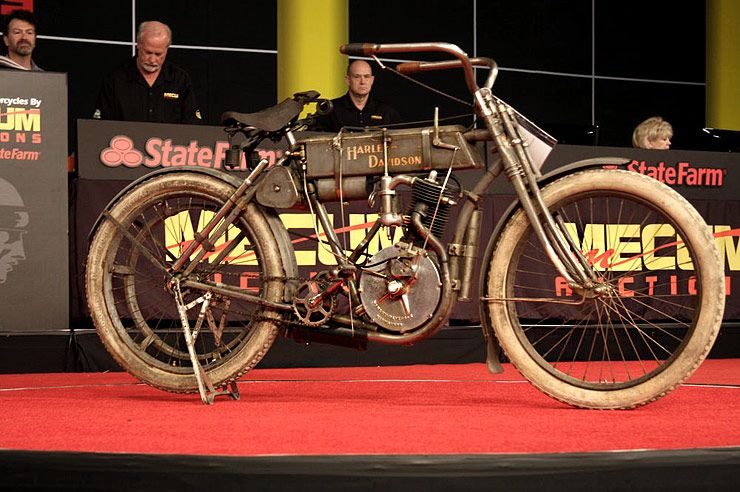 The bike’s rarity and remarkable state of preservation surely enhanced its value, leading to its record-setting hammer price of $650,000 during a sale held by Mecum Auctions. ‘The Mona Lisa of Harley-Davidsons’ was a term coined specifically for this bike during the days leading up to the EJ Cole auction and this remarkably original ‘Strap Tank’ delivered the highest price ever fetched for the model or for the Harley-Davidson marque.

Whoever ended up with the bike has made a solid investment. As long as they don’t tamper with it, it will only appreciate in value.