Tucker facts and figures
–
The Tucker had a 128-inch wheelbase for a long, 219-inch body, but was notably low for its time, standing just 60 inches high. 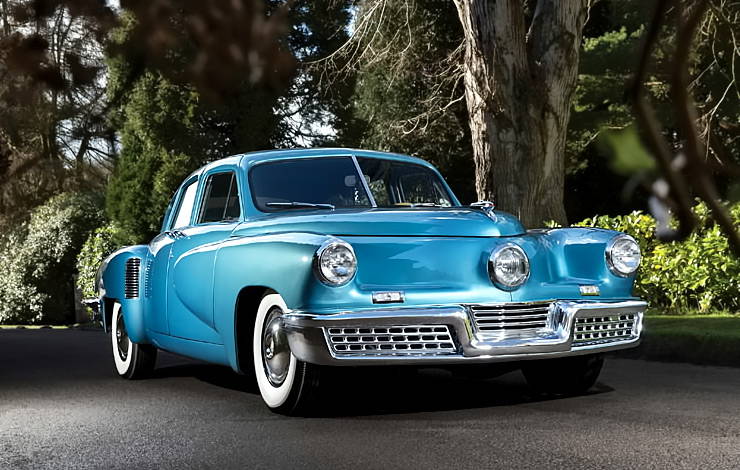 As revolutionary as the Tucker’s styling was, the car was even more novel beneath the futuristic exterior. The car featured an all-independent suspension and a rear-mounted flat-six powerplant derived from a wartime helicopter unit.

The Tucker engine was an all-alloy motor that weighed only 320 pounds, but produced 166 horsepower and 372 pounds/feet of torque from 335 cubic inches. 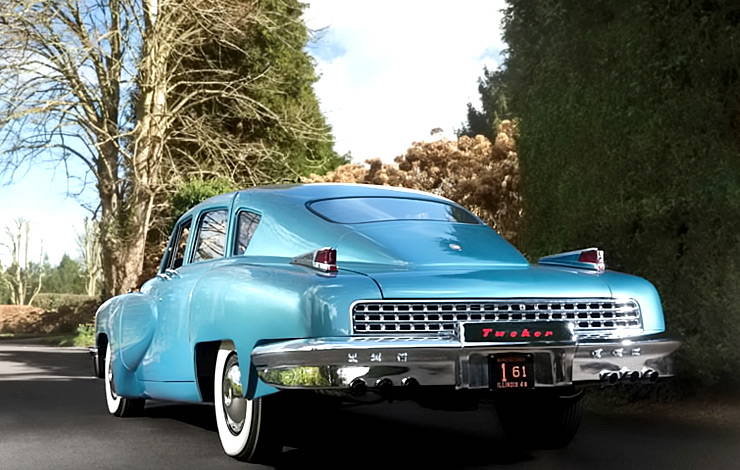 The Tucker was the first car to utilize a fully sealed water-cooling system.

In addition to its standard headlights, the Tucker featured a central “cyclops-eye” headlight that turned side-to-side with the front wheels. 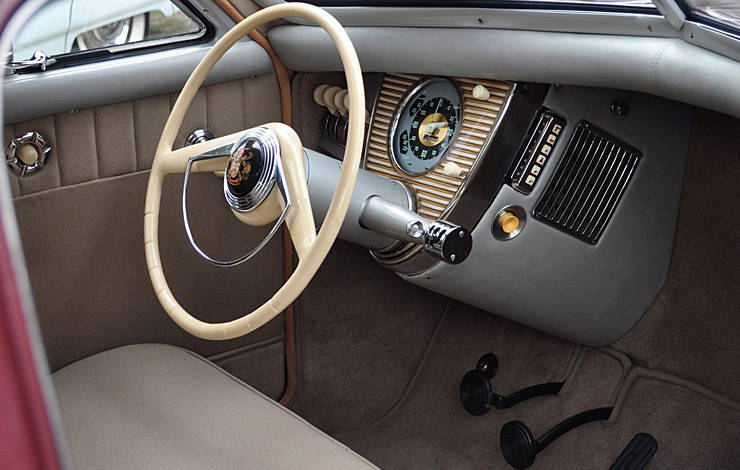 To even upholstery wear, the front and rear seats in the Tucker were interchangeable.