So you thought that you knew about the small end of the luxury Cadillac brand, did you? Hah!

The history of miniature cars is almost as long as that of motoring. One of the finest and earliest, a 1/3-scale Cadillac Roadster was built in England before the First World War. Fully functional replicas were made for the British Royal family of Siam, Norway, and one for a grandson of the founder of Cadillac.
–
The brain behind the little cars was Frederick S. Bennett, an Englishman who played a pivotal role in establishing Cadillac’s success in the UK. He commissioned J. Lockwood & Company to build a child-sized, battery-powered, two-seater replica of a Cadillac roadster  to promote a new Delco’s revolutionary electric starting system on its 1912 Model Thirty. Journalists affectionately labeled Bennett’s brainchild the “Baby Cadillac;” it featured a four-foot wheelbase and weighed in at nearly 400 pounds.
– 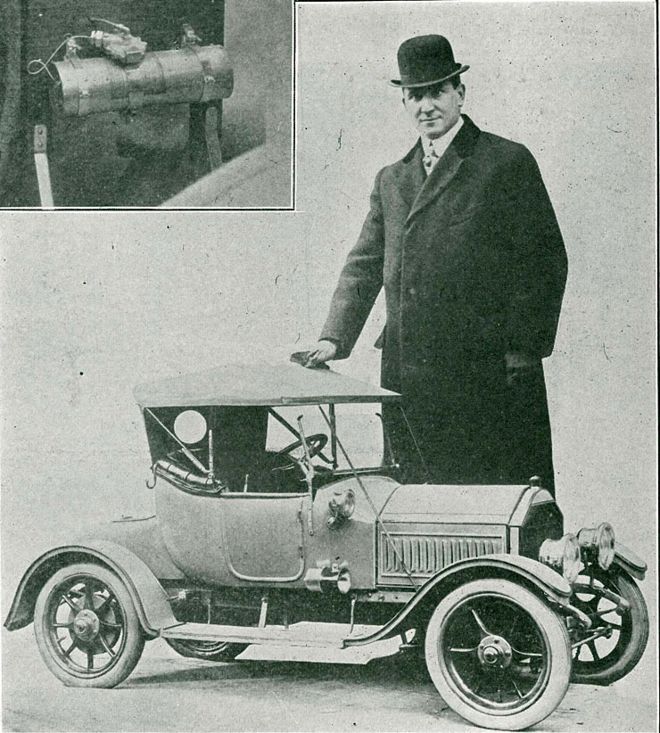 Though technically a two-seater, the addition of a rumble seat allowed enough room for three little passengers.   Power was provided the Delco electric starting system and the battery allowed it to run 15 miles on a single charge at a top speed of 12 mph.

The little car attracted royal attention and was bought for £62 by Queen Alexandra, wife of Edward VII as a present for her grandson Prince Olaf (later King) of Norway. Later, a slightly larger version of the vehicle was commissioned because the young prince had outgrown the original. Though still owned by the Norwegian royal family, it is on permanent loan to the Norsk Teknisk Museum in Oslo.
– 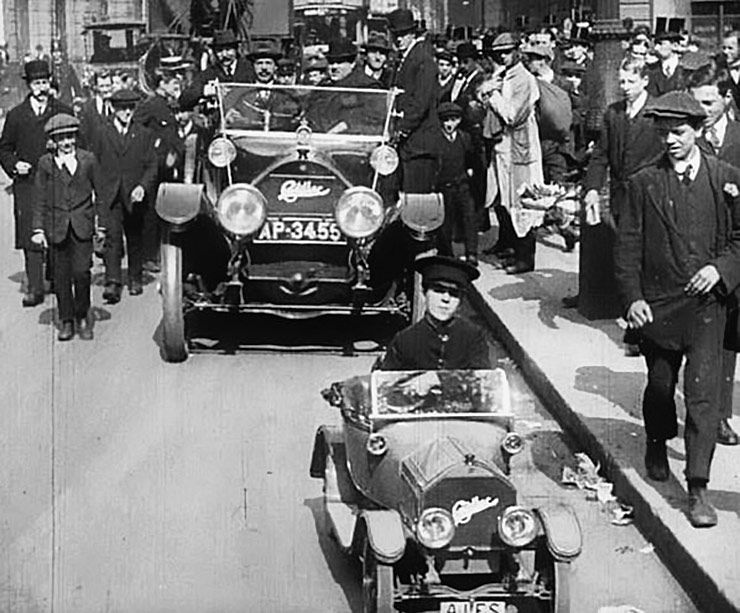 Though too small for Olaf, the original miniature Cadillac would not go to waste.  Wilifred Leland, the son of Cadillac’s founding father, had been interested in the car since he first heard of its existence.  He had the car shipped to America and presented it as a gift to his son, Wilifred Leland, Jr., on his fifth birthday and is now understood to be in the hands of a private collector in America, but it might not have survived. The last recorded sighting being at a California swap meet 25 years ago. 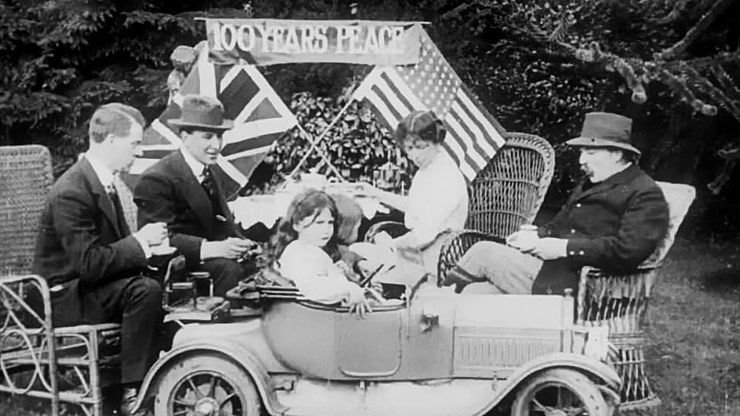 In 1916, another little Cadillac was delivered to King Rama VI of Siam (present-day Thailand), and this particular piece wound up in the hands of the king’s nephew, Prince Chula Chakrabongse.  Chula’s vehicle reportedly stayed within the Thai Royal Family until the mid-1990s, at which point it was supposedly sold to an unidentified private collector from Japan.

Mystery or not, the story behind the baby Cadillacs proves a unique chapter in Cadillac’s esteemed history.
The movie without sound below, named “The Smallest Car in the Largest City in the World”, is a property of British Film Institute National Archive.
This car puts the kid cars of the 80’s to shame. Just watch.