Check out this slammed wide-body Ford Raptor by Pandem.

Some of you are already drooling, while others may be disgusted. This is your first look at a potential wide-body kit for the Ford F-150 Raptor from TRA-Kyoto’s Pandem line.
– Typically, you would expect to see these kind of body kits on Japanese sportscars like the Toyota 86 or a Subaru WRX. The Ford F-150 prides itself on being capable and practical, it’s made for rugged terrain, but TRA Kyoto has turned all of that in for some showmanship and one heck of a wide body.

However, for this year’s Tokyo Auto Salon, Pandem has come out with a widebody kit for the Ford Raptor. Japan’s TRA Kyoto is the parent company for Japanese body-kit manufacturers Pandem and Rocket Bunny.
– 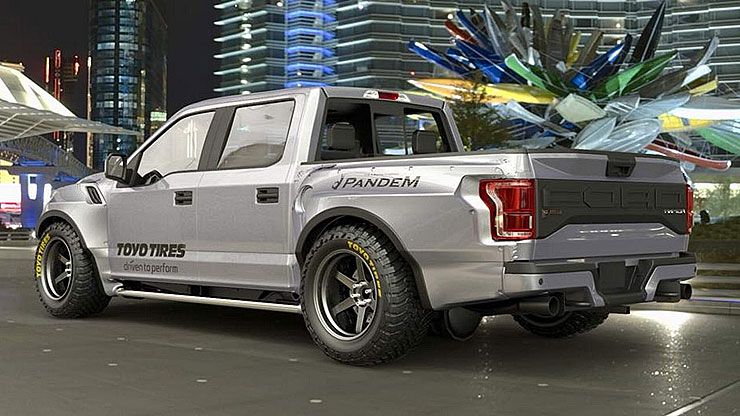 This kit, like many of Pandem’s designs, features super wide fender flares, adorned with a bolted-on look to give the truck a wider stance. Of course, this one appears to be much lower than a standard Raptor.

It is possible that the truck is on air suspension so that it may also go on rougher terrain every once in a while. To match the wide fenders, Pandem has fit the truck with some incredibly wide, chunky off-road tires and a set of 6-spoke alloy rims. 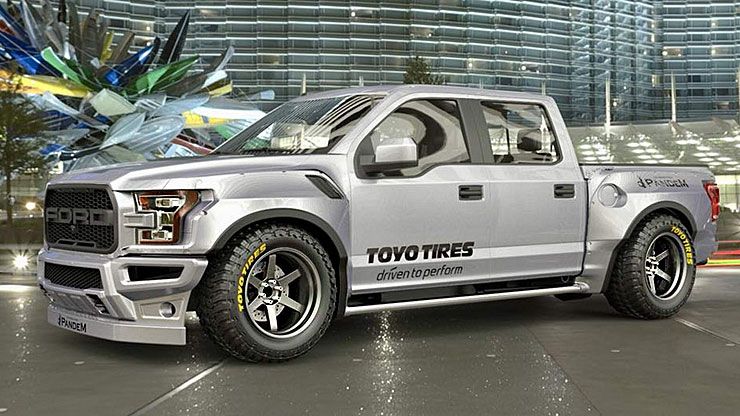 Keep in mind that the pictures we’ve uploaded to the photo gallery are mere renderings. For now, we can only stare at the rendering while imagining the mixed reactions this truck will provoke. So we’re waiting to see pictures emerge of the real thing. 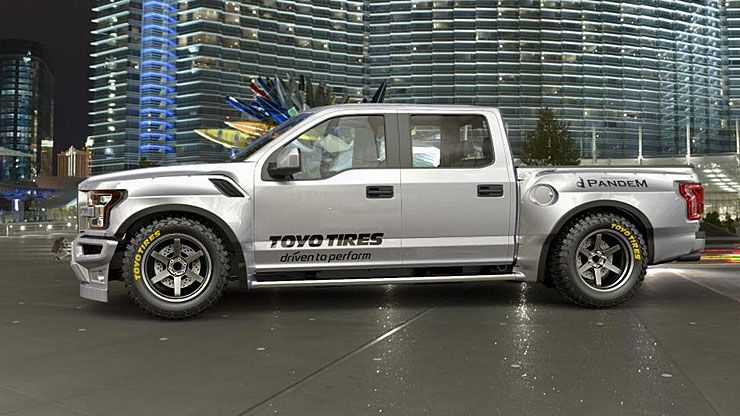