Nissan pits 2017 GT-R against a 115mph drone. Result is actually quite exciting.
Nissan apparently has a problem. Its 2017 Nissan GT-R is so fast that regular drones are unable to keep up with it. Therefore, the carmaker has unveiled the GT-R Drone, one of the fastest accelerating first-person view (FPV) racing drones in the world specifically to keep apace with the powerful supercar as it accelerates off the mark.

To test out the GT-R Drone’s capabilities, Nissan decided to unleash its well-known sports car on a purpose-built course at Silverstone, and have the drone attempt to follow it. With a 3.8 litre twin-turbo V6 under the hood providing 565 hp and 633 Nm, the road-going GT-R is looking to put on a strong fight. 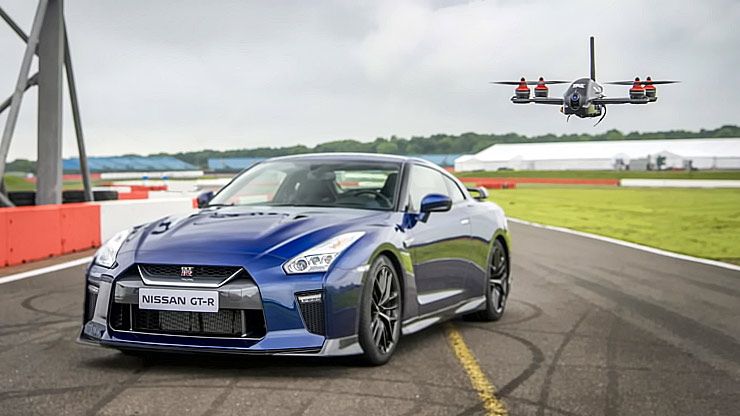 Nissan says the GT-R drone can accelerate from 0 to 62 mph in 1.3 seconds, which actually outstrips the GT-R supercar from a standing start. But this speedy superiority doesn’t last for too long, as the drone tops out at 115 mph while the supercar can hit a max speed of 196 mph, giving it a distinct advantage in the straightaways.

Even the incredible four-wheel-drive system of the GT-R can’t match the ultimate agility of the drone, which is has a turning circle of just 0.3 meters. Its custom setup allows it to perform heart-stopping maneuvers with incredible precision and agility. 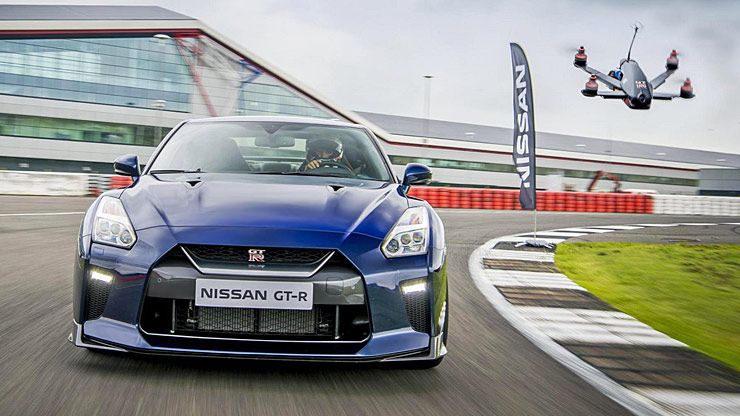 Both machines are impressive in their own right. Which is faster?

Watch the accompanying video to see both the drone and the car in action at a closed 1.2 mile course at the Silverstone racetrack in England.

When you want that Japanese feel but also