The 1961 Plymouth Belvedere is not a car that you normally see turned into a Pro Street beast with more than 700hp.

The good news is that we are all on the same page. We mean, except for the guy who built this thing, Tony Netzel. Everybody else takes one look and thinks: why would ANYONE do this? And there simply isn’t any good answer for it.


Tony, despite his charm, intelligence and fabrications skills, is NOT on the same page. He builds a ’61 twin-turbo Belvedere so radical, it’s definitely far, far off the page—like maybe around Pluto. He didn’t just lose the page: he lost all of them.
– 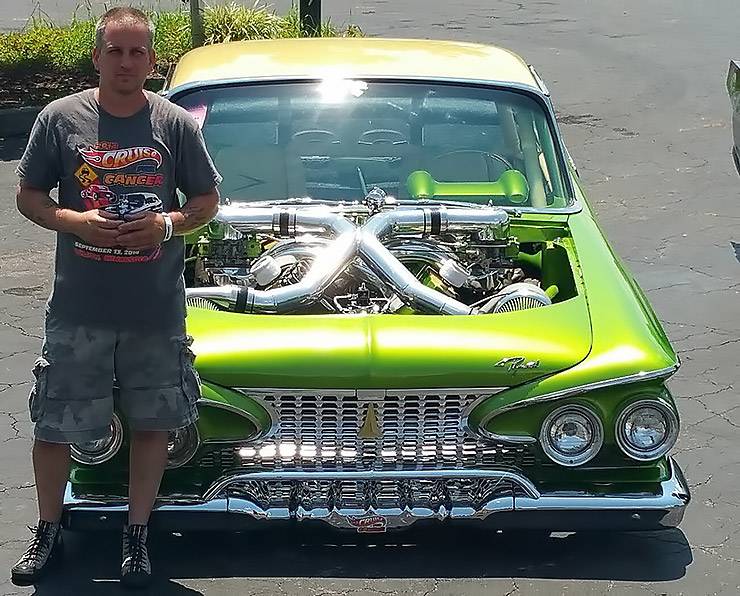 Tony was on one of his walkabout deals and happened to spot this Belvedere on accident. It was so magnificently ugly, so completely out there, that he absolutely had to have it. The car was relatively rust-free, and had a nonrunning slant-six with a pushbutton trans in it. He promptly stuck in a 318 polysphere and started driving it around. He back-halved it, put in a 440 with a blower, painted it peach pastel and hit the shows, where it got a lot of attention and awards.

Because it had such a good reception, Tony promptly took it all apart again. He cut out the floor. Then tore out the front suspension and the subframes. In place of all that went a 2×4” erector set from Art Morrison, a rack and airbags. Then his bud Jason Rygg welded in a 10-point cage to tie it all together.


And because the car already had a very nice paint job, Tony soda-blasted it all off. He built an outrageous Hemi for it, and was happily plotting the next completely unhinged steps, when there was a loud pounding on the front door. He opened it to find Economic Reality standing there, in the form of a bunch of major, unexpected expenses. So, the guy at the front door tucked the Hemi under his arm and left, and the Belvedere became relegated to the role of really big storage shelves, with its soda-blasted sheetmetal developing a nice layer of rust. 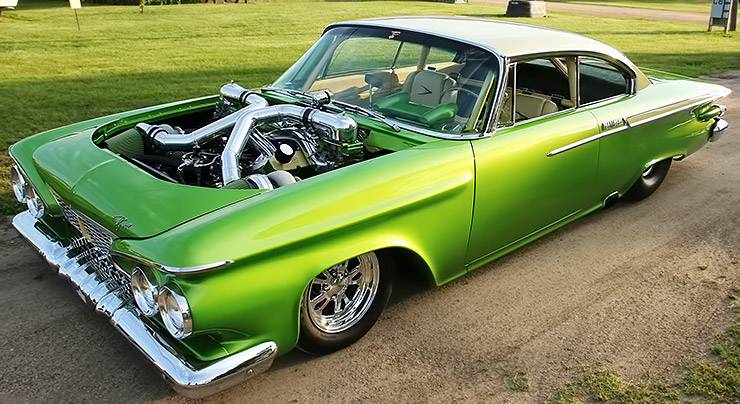 A few years passed, and economic matters improved, but Tony was not even considering trying to pick up the plan where he’d left off, it was just too crazily expensive. Well, along about then, his bud Matt “Radar” Johnson came by. Radar looked at the Belvedere, and announced right there, in a big, booming voice, that they were going to finish the car, even if they weren’t going to follow the original plan.

Radar is a turbo guy, and he’s also a fabricator, so forming the 12 miles of ductwork that a turbo setup needs would be both easy and cheap, and he’d done it before. He came up with a parts list, and showed it to Tony.


The idea started to grow on him, but being No-Page, Tony had to throw something wildly unexpected. Like vintage long cross-ram manifolds. He found a set cheap that somebody else had already started cutting. Ah, perfect. 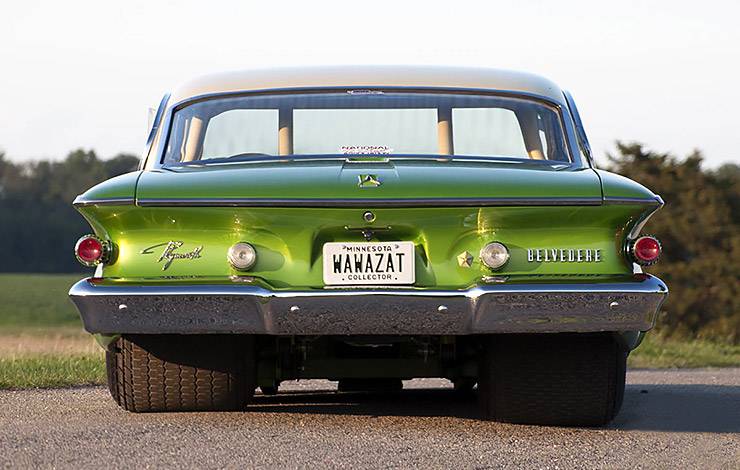 Read the rest of the story, see more photos and video on the NEXT PAGE