Once the chassis was complete, the floor was closed up with 18-gauge aluminum sheet metal and received a durable coating of Line-X. Sealed off, the dash was made functional with the addition of a few gauges and an AccuAir e-level and iLevel controllers for the air suspension. It’s now drivable with the use of a Flaming River steering column complete with a black anodized Draft steering wheel from Billet Specialties. 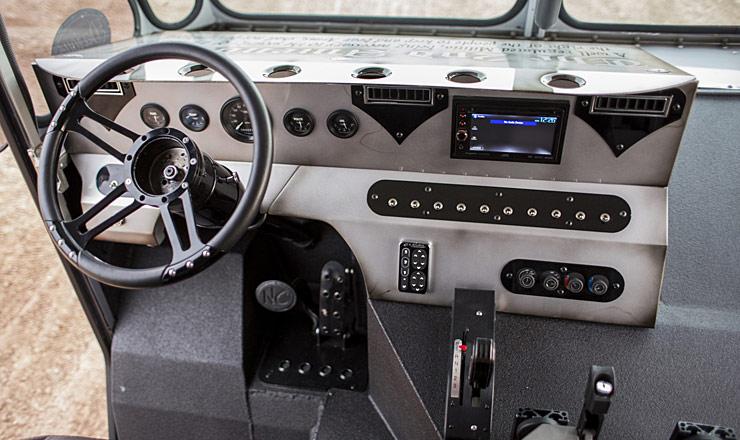 Also helping with this is a custom foot pedal assembly. For looks and added comfort, a pair of air-equipped seats from Bostrom were added. Because this thing needs to be a complete rolling arsenal it was loaded with a plethora of NEMO self-defense goodies that are displayed throughout the vehicle. To make sure they are always in good working order a workbench from Tough Country was fitted in as well as a stainless toolbox. 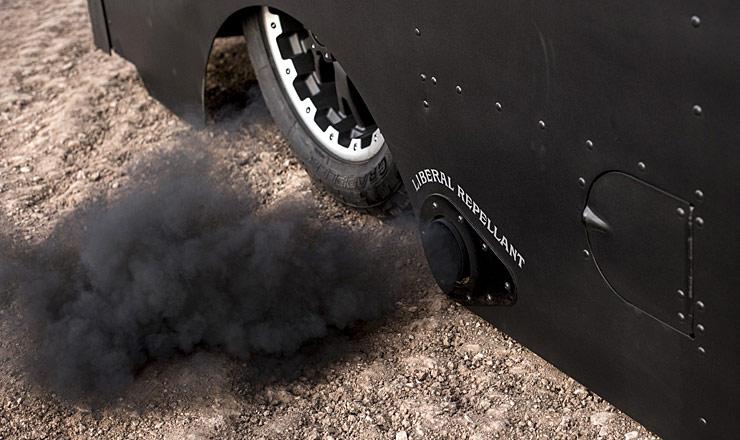 This truck is one bad mother, and to get the point across, the exterior was toughened up with a few styling cues. This includes the rugged bumpers custom made by Tough Country and the numerous Flashlight LED lights that were wired by Ryan Parma and Arron Dunway to lead the way in the dark and offer target sighting for nighttime shooting. Finishing it off is a flat black paint job that was laid down by Matt Hutcheson Designs, who then airbrushed the logos and 2nd Amendment sayings throughout.


In its complete form, it has already made a big impression at both the SEMA and Shot Show (the SEMA of gun shows) and now it’s on the road for many other events. Not only does it have the look, but the NEMO Battlewagon is also ready for a serious throw down. Let’s just hope no liberals get in its way.

With a custom rugged bumper, LEDs and gun barrels peeking out of the front, you’ll think twice about drawing on anyone behind the wheel of this battlewagon.