When Ken Block first showed off his new “V2” Hoonicorn Mustang, now with a couple of hair dryers bolted to its methanol-sucking V-8 for a total of 1400Hp, he said he installed forced induction for an upcoming project that took place at high altitude. Now, Ken and his team revealed this high-altitude project, a crazy drift run up Pikes Peak named “Climbkhana”.

The “Climbkhana” teaser video is exactly what you might expect, with about 30 seconds of solid footage showing Block and his Mustang tearing up the historic Pikes Peak hill climb course. As you might expect, Ken isn’t looking to set a lap time as most other competitors that head to the mountain. Instead, all four tires spend more time smoking than gripping – slowing to do donuts around an occasional barrel along the way. 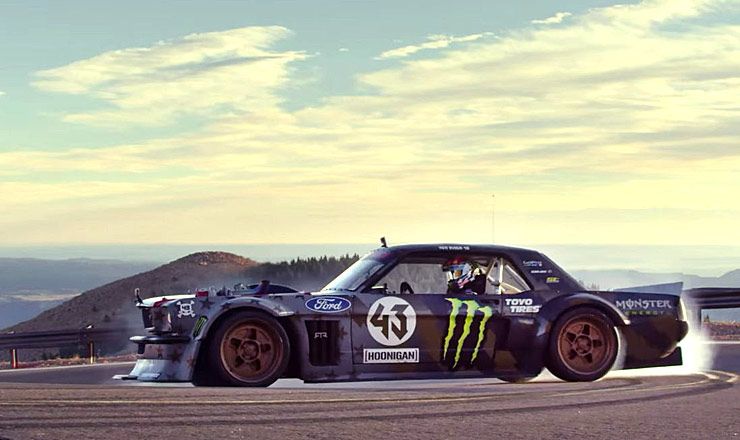 Unfortunately, the first video showing Block and the 1,400hp version of the Hoonicorn Ford Mustang is only 42 seconds long, as it simply previews the full video. Worse yet, we have to wait for the full length video, because Climbkhana won’t debut until Summer 2017. 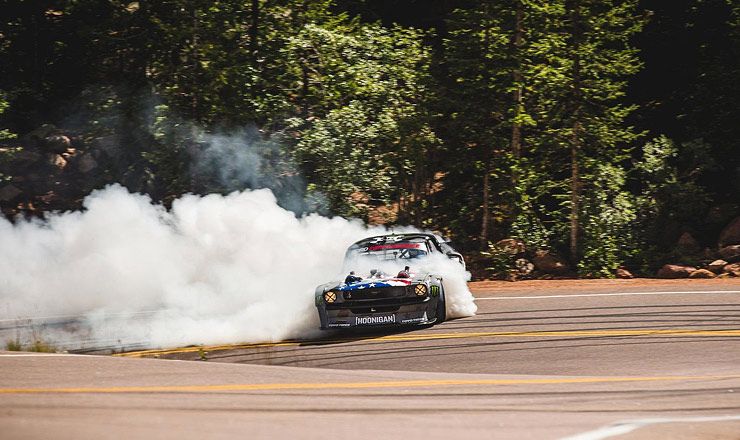 Next summer seems so far away right now, but I am sure that the video will be well worth the wait. In the meantime, we have the video below to wet our collective whistles, showing just a little of what Block and his twin turbo, all-wheel drive Mustang have to store for us next summer.
For now, enjoy the action-packed trailer below.