While the 1955 Hudson Hornet and Wasp are the most attractively styled iteration of the ’52 Nash Airflyte body, they suffer from bloated surfaces which are difficult to mask. Why Hash? That’s a term some people applied to Nash-based Hudsons in those days; Hudson+Nash = Hash. That was American Motors’ attempt to keep the Hudson brand alive.

These cars have a mixed parentage, being the first ones to be designed and built after Hudson had been absorbed by Nash, which then became, corporately, American Motors. Finances dictated that the Hudson get only a facelift and chassis change using Nash components rather than carrying on with their 1948-based body shell.
– Hudson’s excellent flathead six-cylinder engine was retained for the 1955-56 Hornet series; while V-8 power was available via Packard’s new OHV V-8, which was also an option in the big Nashes. The Wasp series used the old Jet flathead six.

This “new” Hudson, however, attracted neither Hudson loyalists nor buyers looking for something new and interesting on the 1955 American automotive scene—a year that hardly lacked for new drivetrains and body styles from nearly every automaker. At the end of the model year only 20,321 of these cars in all series found customers. The 1956 sales figures were even more dismal with 8,914 cars delivered. Hudson production finally came to a halt in 1957, after only 3,108 cars had rolled off the assembly line. 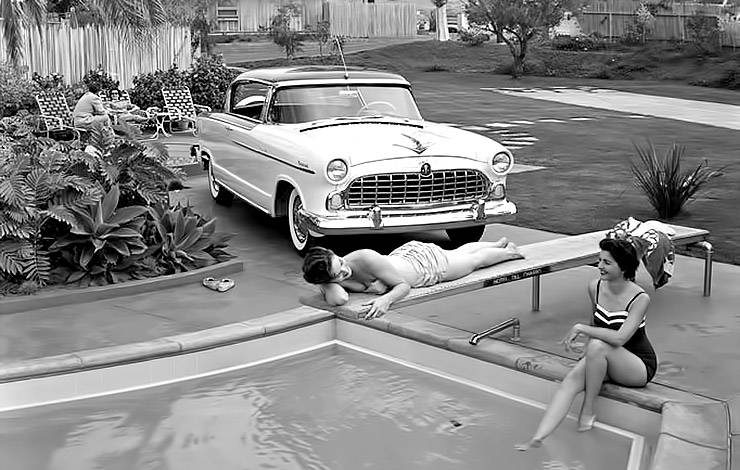 In collector circles these cars came to be known as a “Hash” thanks to their shared components with the Kenosha product. Indeed, the Hudson Ramblers and Metropolitans only difference with their Nash brethren was the nameplate—perhaps the most blatant example of “badge engineering” ever to come down the road. Nevertheless, those who chose a Hudson Hollywood Custom hardtop in 1955 got some pleasing features, particularly on the inside. Included as standard equipment were transparent sun visors, a 16-inch-wide rear seat center armrest, padded dash and an overhead net for carrying oddments.


Outside, a “continental” spare tire was standard equipment, freeing up an enormous amount of trunk space and raising hell with gas mileage and aerodynamics. Due to their very low production originally, these cars seldom come up for sale neither in the collector market, nor in magazines like Hemmings, on the internet or at auction.


Interestingly, despite their low sales a prospective purchaser could choose from three distinct Hudson Hollywoods in terms of engines for 1955: the Custom Wasp used the old Jet flathead six for motive power, and probably was not exactly neck-snapping in its zero to 60 times; the Custom Hornet carried the grand old Hornet six from previous Hudsons; and the Custom Hornet V-8 used the new Packard V-8. 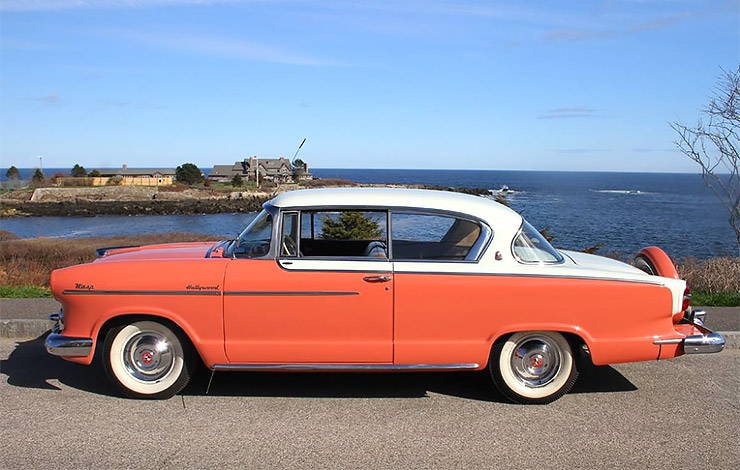 Unlike most cars of that time that offered a choice of sixes and V-8s, the Hornet Hollywood with the six has more collector value than the V-8-equipped cars. There are two reasons for this anomaly: first, the six has more collector appeal to the Hudson purist; and second, the first Packard V-8s with their Twin Ultramatic transmissions—mandatory on V-8-equipped Hornets—were trouble-prone units. 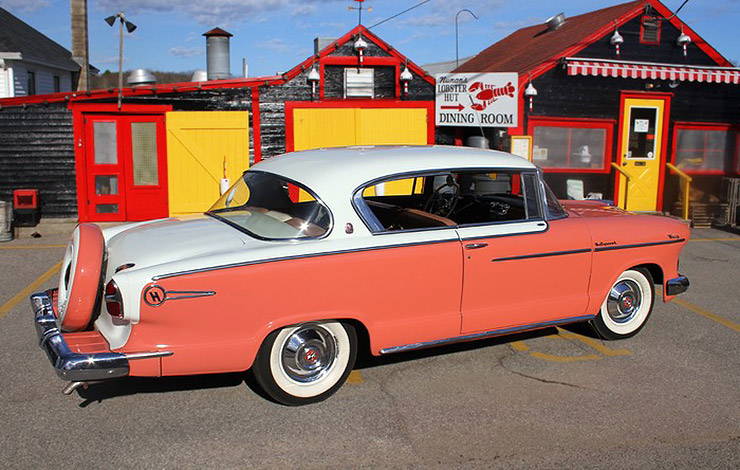 Now watch the 1955 Hudson Hornet and Wasp commercial video below.