Why have four wheels if you can have six? That’s the question designer Ferruccio Covini must have asked himself before creating Covini C6W aka six-wheeled supercar. 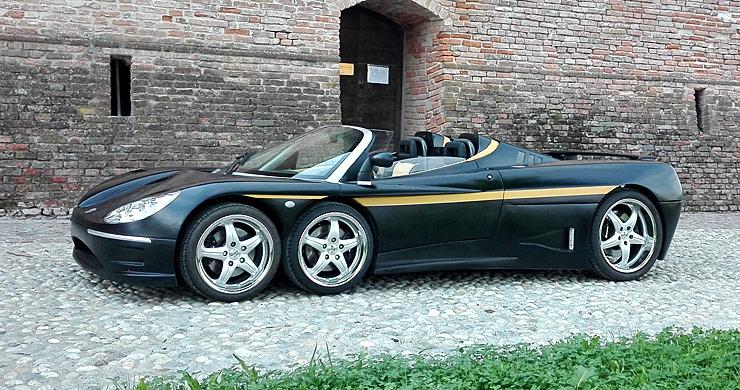 Given the pure shock and awe this car imposes on its beholders, it is pretty surprising to discover that the idea of a six-wheeled supercar is about as old as the supercar itself.

The concept of four wheels at the front dates back to the early ’70s and was first developed for Grand Prix racing, of all things. Those were the days of very few limitations to the formula of Formula 1 cars, and on the grid appeared a bizarre-looking car named the Tyrrell P34 that had four tiny wheels at the front and two larger ones at the back. The unique design promised reduced lift, increased front brake area and more front grip thanks to the four contact patches.
– 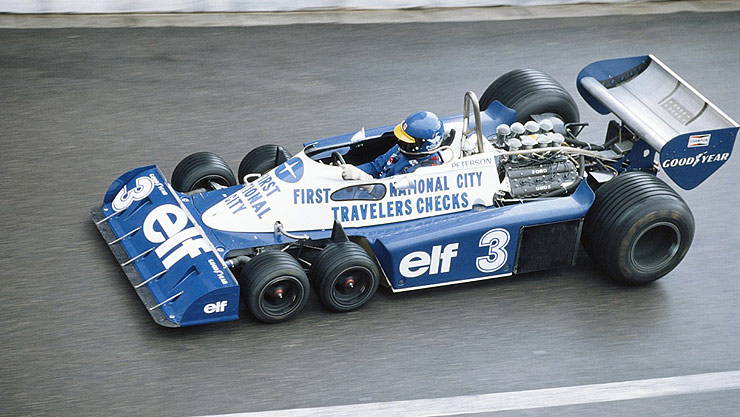 What everyone soon realized is that the Tyrell had even better grip and braking capabilities than its competitors. On its first racing season it achieved eight 2nd-place podiums and won the Swedish Grand Prix at the hands of Jody Scheckter (who later went on to win the F1 title for Ferrari). But despite this initial success, the project was abandoned after only two seasons, mostly because of Goodyear’s failure to continue development on the proprietary 10-inch front tires.

In 1977 the concept first emerged in a road car called Panther 6, an extravagant six-wheel convertible, powered by a twin-turbo 8.2-liter Cadillac V8. It claimed to have had an ambitious 600 horsepower and a top speed of no less than 200 mph, but only two cars were ever made — the second after the company went bankrupt.

From that point in time, it seemed as if the idea of the six-wheel sports car was lost forever — until an unexpected double comeback in 2004. That same year Ford introduced a pinkish six-wheel concept for the movie Thunderbirds and the car starring here was born — the Covini C6W.

A History of Ingenuity
The idea of a six-wheel supercar started blooming in Ferruccio Covini’s mind around the time that the Tyrrell P34 dominated the circuit. Back then, the young Italian engineer was designing concept cars as a hobby, and decided to start a small company (still as a hobby) that would specialize in technologically advanced automotive prototypes. Reality, however, has a way of revising even the best plans. He had to put off the realization of his dream car, and started producing more conventional machinery.

His first prototype was a square-shaped diesel 4×4 with replaceable outer panels, named T44. In 1982, he uncovered his second project, the B24 — a 130-hp two-seater that claimed to be the first production diesel car to exceed 124 mph. And yes, by production we mean a series of nine cars. Covini stayed loyal to diesel engines and revealed another prototype in 1986 named the T40. It was a five-cylinder 3.5-liter turbocharged GT that produced an impressive 225 hp using a unique overboost function.

During the ’90s, Covini contributed to several projects, like the Dragon-Fly helicopter and the Callaway C7, before committing to another aspiring venture of his own — the C36 sports car: a lightweight coupe (2,200 pounds) powered by an advanced 3.6-liter common-rail turbodiesel that developed 300 hp. It was set to be one of the fastest diesel cars in the world, capable of 186 mph, though an official attempt was never made.

From Six-Wheel to Three-Axis
Covini then began designing his long-awaited dream car, the model that will become his future trademark. He called it the C6W, short for Covini 6-Wheeler, although the production model set for 2012 will bear a different name, C3A — Covini 3-Axis.

The rest of the story, more photos and video on the next page 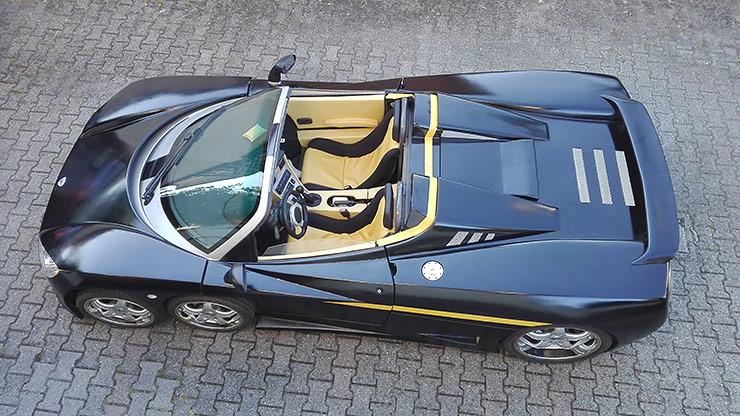