The DMCA prohibits the picking of electronic locks that prevent duplication of copyrighted software. Of course, what Congress had in mind were DVDs and iTunes, not the opening of software to read error codes that are causing vehicle issues.
–
But like a DVD or an iTune file, the code operating your car is copyrighted (and rightly so – that’s right, it’s their IP, so it should carry copyright protection. Hold tight).


But Copyright is a protection, a shield that is there to safeguard the right of the author. The car companies, in contrast, are casting their eyes on the DMCA as a sword they can use to disable third-party diagnostic tools, close down independent mechanics, and prevent customers from repairing their own vehicles, and force all service and repair business to their franchised dealerships.
–
For whatever reason, Congress granted the Librarian of Congress the authority to grant DMCA exemptions. A group promoting open-source technology requested an exemption to allow customers and independent mechanics to repair their vehicles without the permission of automakers. Let’s just say the car companies weren’t very happy.
–
General Motors, for example, argues that the ban on accessing car software is an important safety feature. “The proposed exemption presents a host of potential safety, security and regulatory concerns that proponents have not fully considered,” the automaker says.

They point out, for example, that someone could use software to disable a car’s airbag and then sell the vehicle to another customer, who would have no way of knowing the airbag wouldn’t deploy in an accident.

They could also cut the wires to the airbag and pull the bulb for the light. What is this, an Alfred Hitchcock movie? If someone wants to mess with someone else’s car a cup of sugar in the gas tank usually does the trick. 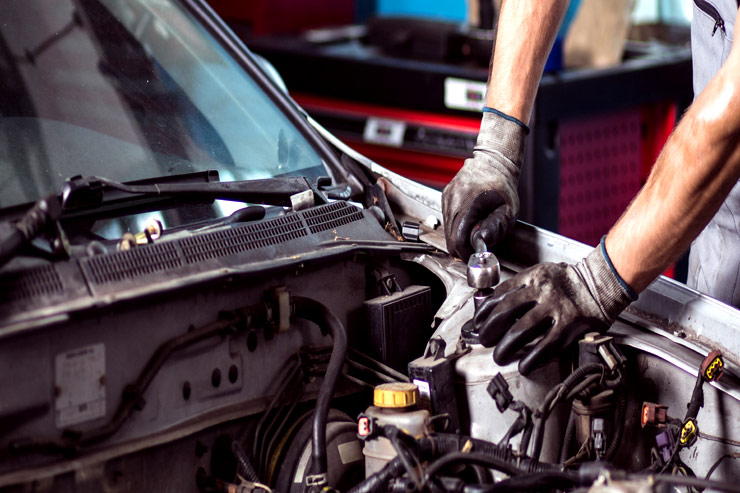 But there’s good news for those of us who either a) work on our own cars or b) don’t want to pay 2x the price for the same repair at a dealership versus and independent shop. For example a printer manufacturer tried to use the DMCA to ban third-party toner cartridges, garage door opener manufacturer tried to use the DMCA to prevent third-party remote controls, but neither of them won their case.  And have you wondered why now you can take your existing cellphone to another carrier? It’s not a technological breakthrough but a law passed by Congress that forced the cell carriers to do so. Ha!


This will be an interesting case. Why the car companies have many resources, repair shops, both independent and part of a chain, do as well. And then there are the well-organized voices of millions of car enthusiasts across the country.
I don’t the car companies stand a chance.
Pages: 1 2