Unlike all previous cars chosen to pace the Indianapolis 500, the 1972 Hurst Oldsmobile had the unique distinction of being the first pace car sponsored by an independent company and not by an automobile manufacturer. 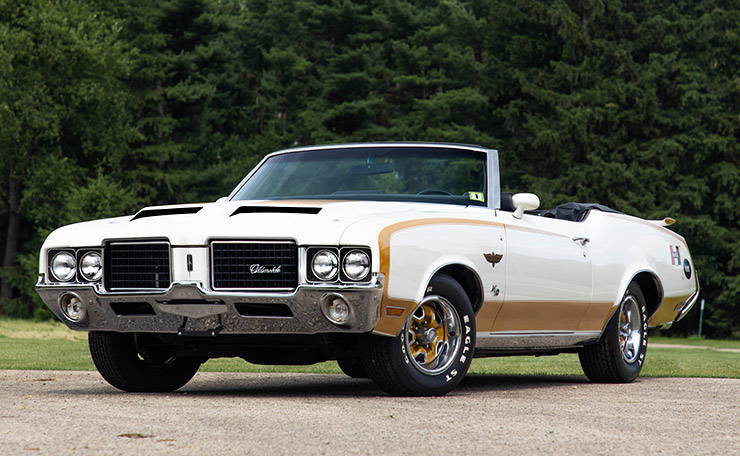 Hurst-an aftermarket tuning company well known for its high performance shifters-ended up with its version of the Olds 4-4-2 at the head of the Indy pack because of the pace car disaster the prior year in which the 1971 Dodge Challenger Pace Car had crashed into a press grandstand. Not surprisingly, none of the major manufacturers wanted to pace the race the following year. Hurst however, gladly obliged. It supplied a total of 76 official pace cars comprised of 42 convertibles, 27 coupes, six station wagons and one sedan. 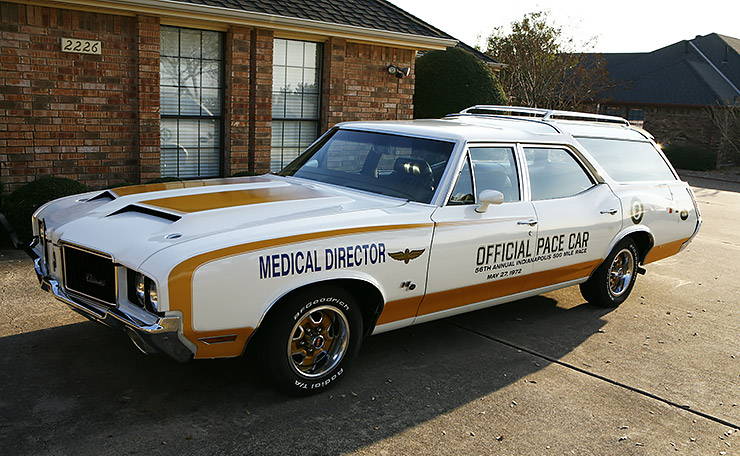 The 1972 Olds 442, just like all prior Hurst/Olds models, continued to offer a blend of bold muscular styling, sporting luxury, and exhilarating performance. 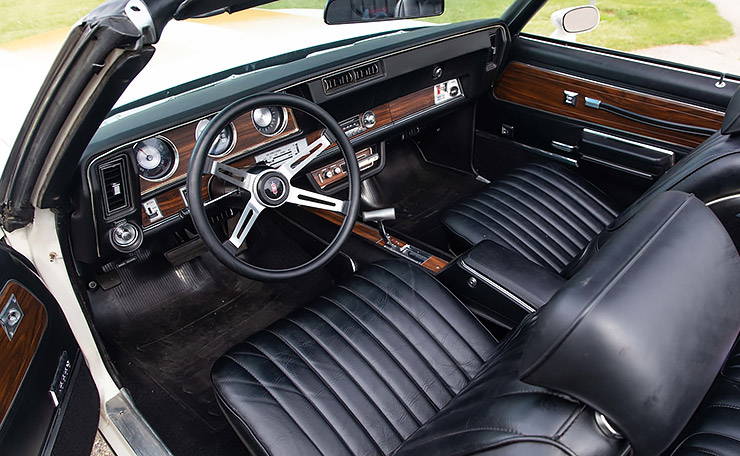 Oldsmobile’s Rallye suspension and front disc brakes were deemed adequate for the other official cars. Hurst’s regular ’72 H/O offering throws a bit of confusion into the mix, and is cause for great care to be taken when looking at any ’72 H/O Pace Cars for sale.

Hurst modified 629 1972 coupes and convertibles for sale as ’72 H/Os. Painted in the same Cameo White with reflective gold stripes as the pace cars, many of these have been optioned with the pace car’s stripe package and are considered to be replicas. 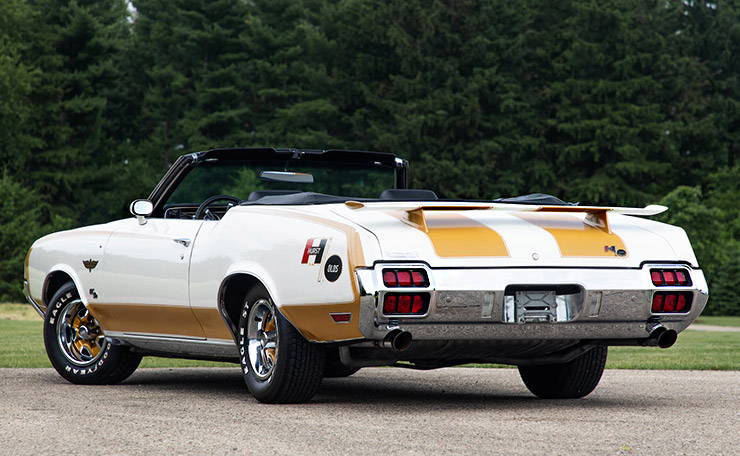 
Though standard power was a 270-hp H/O 455 with a Rochester Quadrajet four-barrel carburetor, a number of the Pace Car engines had hotter versions of the 455 with parts from the W-30 engine option, while some of the 629 H/Os also were ordered with the complete W-30 option package. The engine was mated to a TH-400 automatic transmission with Hurst’s then popular Dual Gate shifter. 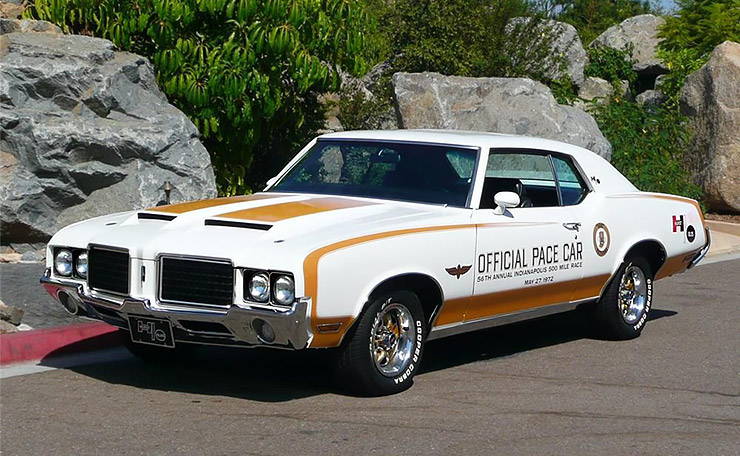 With such low production figures and the cache of being an official pace car, these cars garner a good price in today’s muscle car market. A fair range for Hurst’s official convertible pace cars would start at $10,000, and can reach as high as $65,000 for one in near perfect condition. One should deduct 25% respectively for coupe and replica pace cars versions.

When considering a purchase of a ’72 H/O Pace car, make sure that it is documented as an official track car.