For suspension, it has the standard coils up front and a nice anti-sway bar. The engineering work went into the rear end where we find it has the standard coils and coilover shocks, anti-sway bar, tramp rods and a custom-engineered Watts linkage. And it all works, the car handles the bumps beautifully and is a dream to drive. Many claim that the car looks like a gasser, but it is actually riding at factory ride height. It’s just that all the good bits hanging down in the car make it look like it’s sitting taller.
– 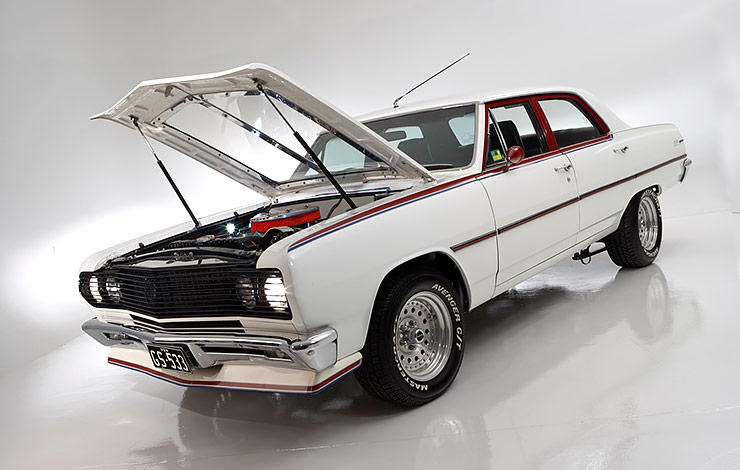 “We also heard that Stubbs was a pattern maker, John mentioned. “When we bought the car, we were given a number of the molds that Stubbs did by hand in his backyard.”

The car was built a long time before billet was determined to be a volume material. When John caught up with some of the early pioneers of the scene, they recalled that Stubbs had all these great bits on the car but none of them could be stolen from him because he put his name all over them. He handcrafted molds for the air cleaner, tappet covers, radiator cap, and many brackets and handles throughout the car. He also had his name crafted onto the deep sump, bottom of the shock absorbers and the rear diff.
– 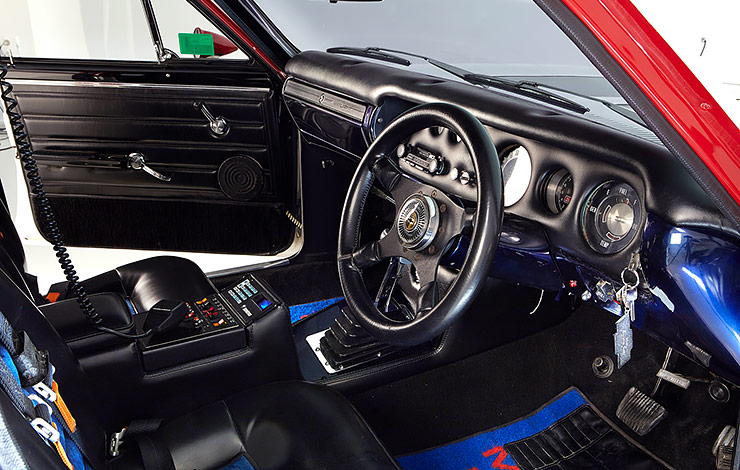 Inside there is a set of bucket seats from an early Mitsubishi that have replaced the front bench seat. They are set up with harness seat belts front and rear. There is a custom console with an early CompuTracker installed (with features for security, measurement of fuel consumption and an early version of aftermarket cruise control). The switches for the thermos fans, second fuel tank, idle speed and other details can be accessed here as well. The dash has been treated to additional gauges to measure the vital stats for the engine. Above there is another center console with a CB radio, equalizer and overhead lights. There are also diodes that light up like disco lights to the beat of music.

The trim is specially built with the name included in the fabric. It is interesting to note that Stubbs had two sets of trim he could swap out overnight because they were attached via Velcro. In the rear seat is a black-and-white television that is installed with another equalizer and cassette player to give those in the rear the feel of a limousine muscle car. The trunk is also tricked out with compartments for tools, a specially constructed drawer in the shape of a Chevrolet bowtie and a big yellow bottle that is a custom-made fire extinguisher system with copper tubing through the car to the engine bay. It can be activated by a switch located next to the driver’s steering wheel.

In the ceiling of Stubbs’s garage, John and Donna found the original fiberglass mold for the custom hood, as well as the original hood, windscreen, factory grille and custom tube grille, as well as the grille and glass protectors used when Stubbs traveled long distances to shows. A number of the trophies also accompanied Magic to her new home including the stainless-steel and silver cups awarded to her for Top Street Machine. 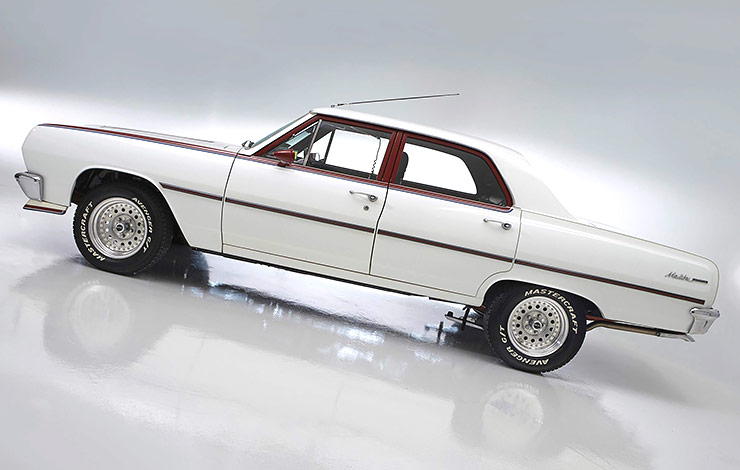 The overall effect of the car is a true time capsule. For those who were around in the late 1970s through the 1980s and into the early 1990s, this car brings back a lot of memories. Stubbs used to paint the car every year to ensure the quality was kept at the highest level.


“As a family, we are more into keeping Magic as originally modified by Stubbs and those who worked with him. This is actually the most modified car that we own,” says John. “We are very fortunate that Malibu Magic is part of our collection. Stubbs touched both of our lives at different times over the years. Every time we get into the car we’re like, okay, which buttons? Donna relates, “Even the other day, we popped down the sun visor and found Stubbs’s judging notepad and pencil attached by elastic straps.”

There are so many more stories to tell. 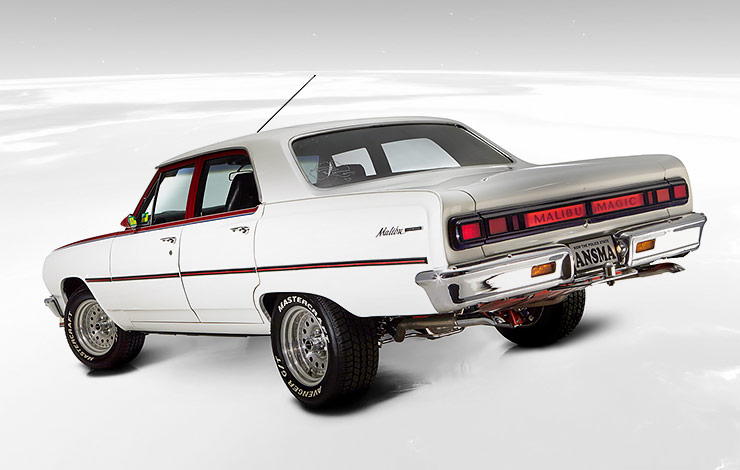