A unique car that no other collector can claim ownership to, this unique Ferrari 365 GTB/4, was found hiding under a shed in Japan after almost 4 decades. 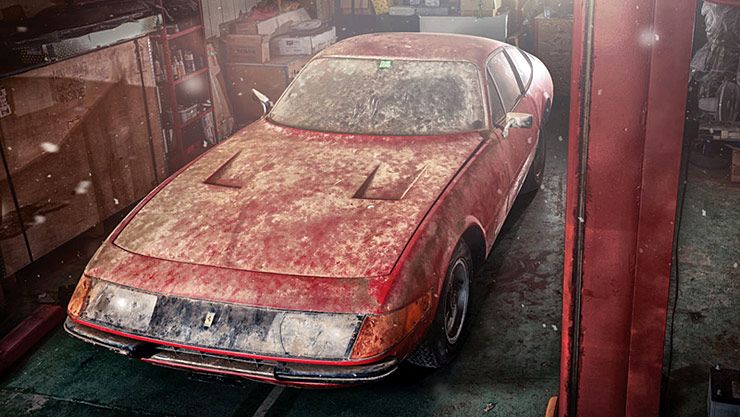 In 1968 Ferrari unveiled their new car, the 365 GTB/4. It was a stark shift from the more rounded and flowing designs of its predecessors and thanks to a 1-2-3 finish at the 1967 24 Hours of Daytona by Ferrari, it was nicknamed the “Daytona” by the world’s motoring media. The nickname stuck even though Ferrari resisted it for decades. 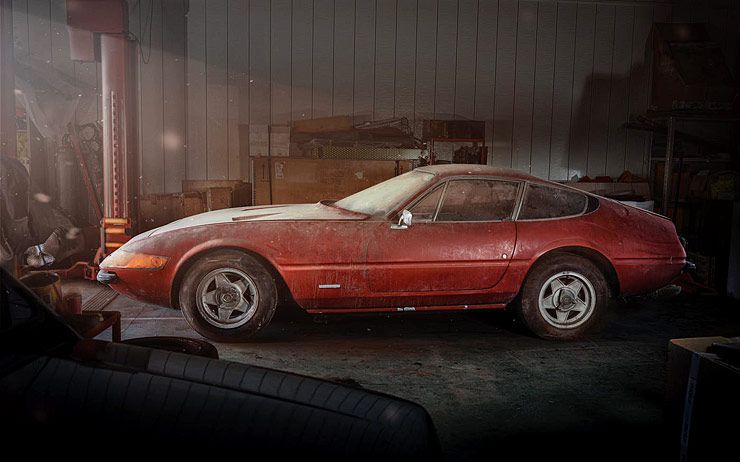 Over 1,200 Daytonas were built, but only six alloy-bodied examples were made. Five were lightweight Alloy competition cars, which dominated the 24 Hours of Daytona, and one was a “street version.” All of the race cars met unfortunate ends after hard lives on the track.
– 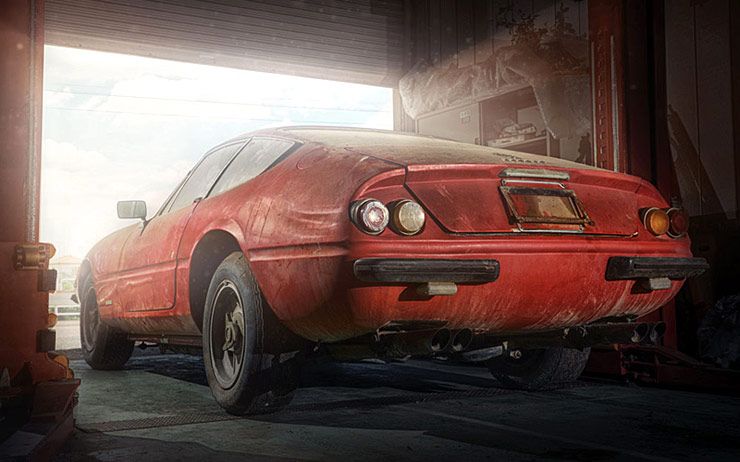 However, there has long been a myth that Ferrari produced a single example of a non-competition, alloy-bodied, road-going 365 GTB/4. Very few Ferrari historians even knew the car had been built. For decades, though, there existed no trace of such a car, at least not publicly.

The car was recently found in a barn in Japan, where it has sat untouched for four decades. This car, chassis number 12653, is that mythical “Alloy Daytona.” To put it simply, this is among the rarest Ferraris ever built. It is a true one of one. 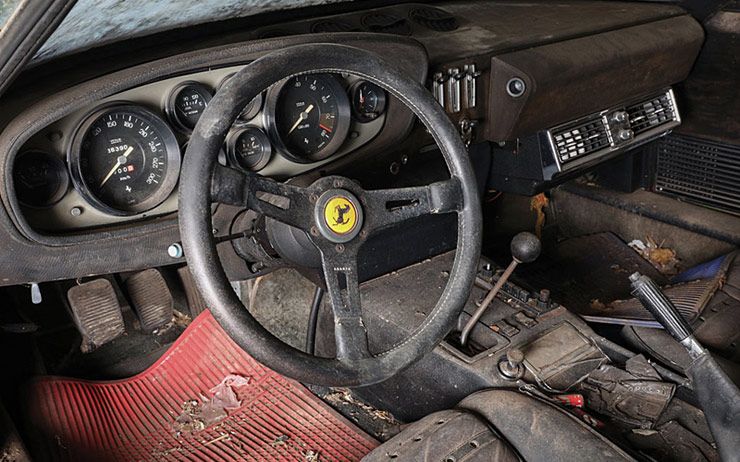 Currently displaying 36,390 kilometres (22,611 miles), which are believed to represent actual use, this rare 365 GTB/4 is an ideal acquisition for the consummate Ferrari enthusiast searching for absolutely the most unique example of any given model. 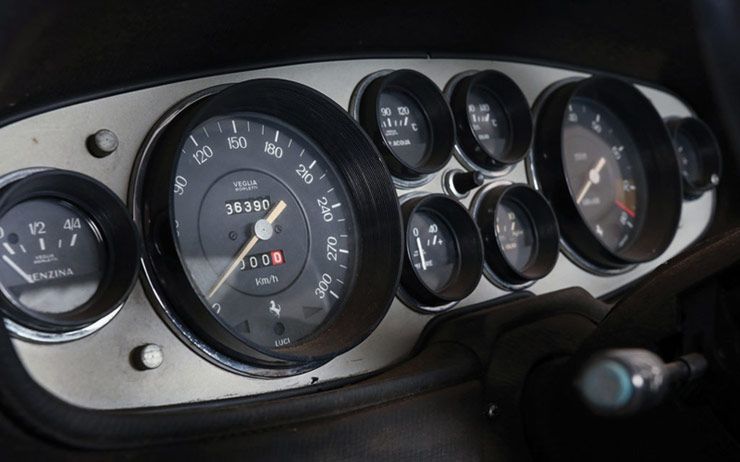 The car is now being offered in untouched “barn find” condition, and If you were thinking you could reel it in on the cheap, that’s probably not gonna happen, as the auction house putting it up for bid is expecting it to go for $2 million – and maybe more.