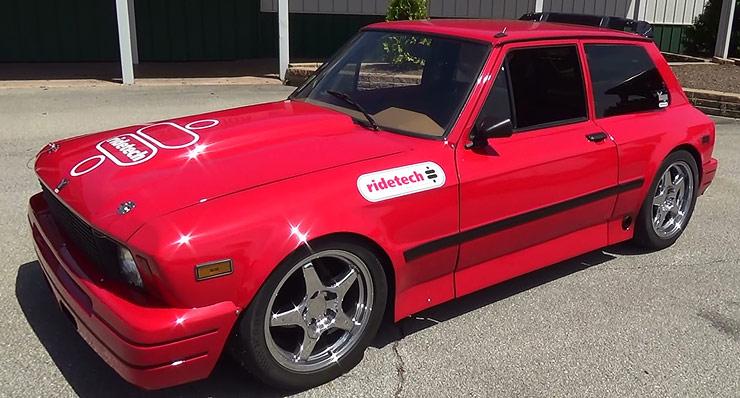 Two Cadillac Eldorado engines in a Yugo sounds like the opening to a bad joke, but it’s actually the core of a really cool car. Built in Soviet-era Yugoslavia, what started out as a bad Fiat ended up as an even worse import into America during the 80s. In this case, what started out as a 1986 Yugo with a 1.3-liter engine has become a twin-engined monstrosity. Ridetech got their hands on the Yugo and installed not one, but two Cadillac V8 crate engines, each one weighing almost as much as the car they went into.
– 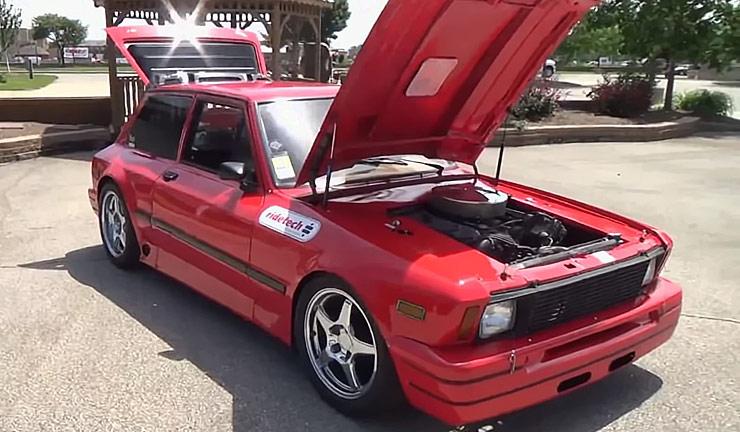 The front engine is a 500 cubic inch overhead valve V8 from the seventh generation Cadillac Eldorado. It fits under the hood of the Yugo like an overweight person in a pair of skinny jeans. The one at the back is even larger and has a big stack on top. 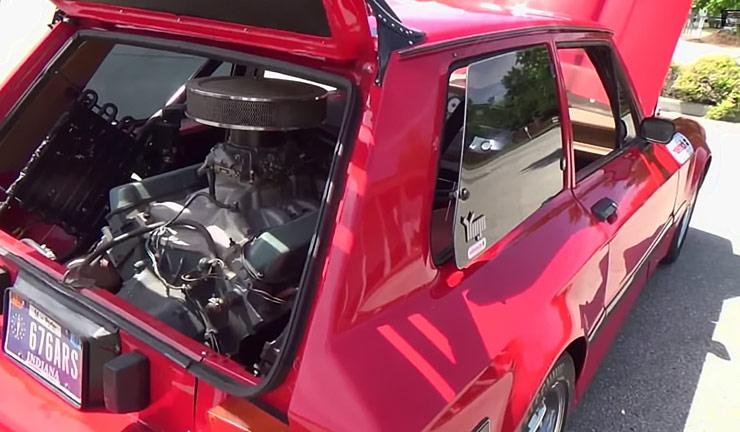 The engine swap wasn’t very simple though. Stuffing over 10 times the original cubic capacity into the Yugo is only half the problem. The transmissions and the carburetors had to be linked to work together. Custom suspension also needed to be built to accommodate for the extra weight and the body has been widened considerably. All that power and weight for the tiny body of the Yugo is probably more than enough.

The best Yugo you will ever see. Enjoy the video below.