Chatillon is a small village in southern Belgium located a stone’s throw from the border with France. The old-fashioned vehicles are thought to have been left in the wood near the village of Chatillon.
These cars once belonged to US and Canadian soldiers who were stationed in this region. How and where they obtained those cars is not known.

As creepy as The Chatillon Car Graveyard appeared, the true story behind the car cemetery’s origin makes it all the more intriguing.
In fact, the real story behind these abandoned cars remain a complete mystery. 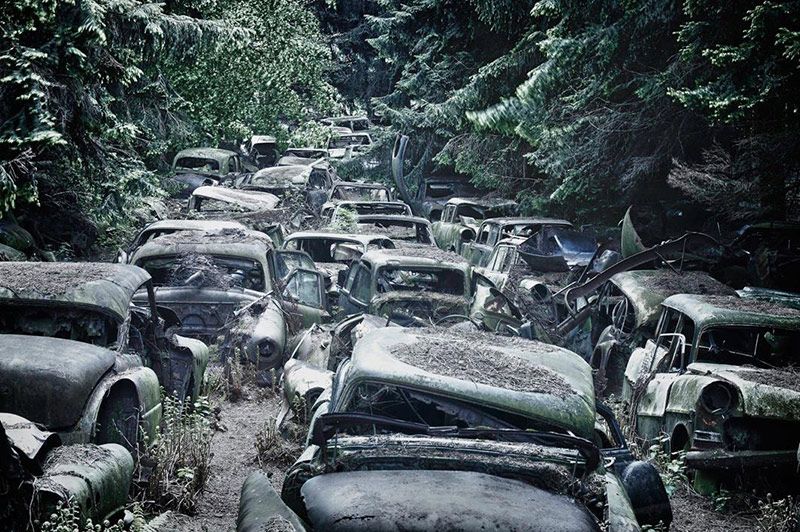 In 1965 Paris announce France’s resignation from the NATO asking all NATO forces to leave the country as soon as possible. All military troops were sent back to the US and Canada including this corps. It was common use of boarding all goods & stuff by ship back home. But the cost of having all those cars shipped to the US was too expensive. We’re talking about shipping 500 or more cars. As a result the ranking officers decided to leave all the cars in Belgium. 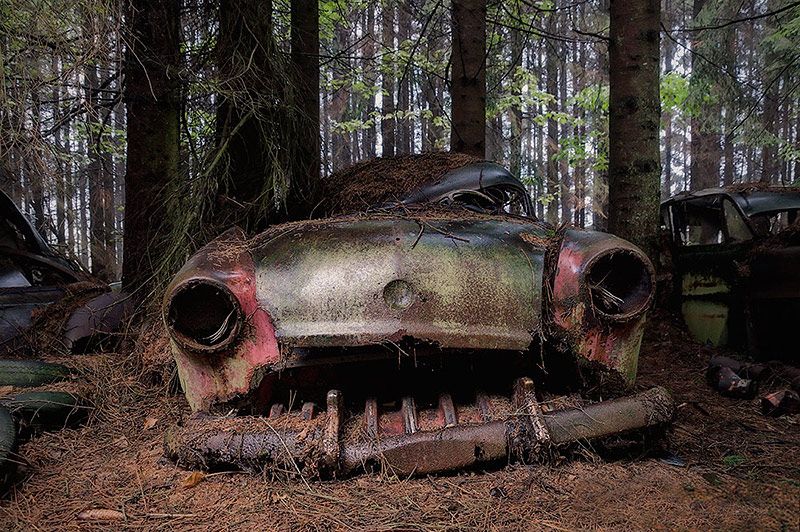 The cars were driven up a hill, on by one, nicely parked and somehow hidden from the outside world. Once back in the US, the soldiers who wanted to retrive their car had to take personal responsibility for all cost of the shipping.  Not a single car was retrived. Over time locals, youngsters and car collectors have stripped them. Most of the cars were stolen or removed by the locals and due to environmental issues the whole graveyards was cleared in 2010. Today these eerily beautiful photographs are all that remains of the mysterious stories surrounding the Chatillon Car Graveyard.
Nevertheless Chaliton remains an amazing place…