The most beastly drag racing car was created more than a 50 years ago. In the late 1950s and early 1960s, TV, Poison, or Tubular Tommy Ivo had the world in the palm of his hands. Acted in series of television shows, he was already a star with a promising Hollywood future ahead of him. Then his producers told him he had to quit drag racing. He quit the entertainment industry instead. After a 19-year career in acting, dancing, and singing, followed by a equally long career owning, building, and driving 36 cars that competed in 12 different classes.

Tommy becomes the most ambitious drag racer in the nation, building his own cars becoming the first driver to pilot his dragsters to 170 than 180 miles per hour on gas, and first to dip into both the 7s and 5s on fuel. Always the showman, Ivo pioneered promotional techniques that are today taken for granted. 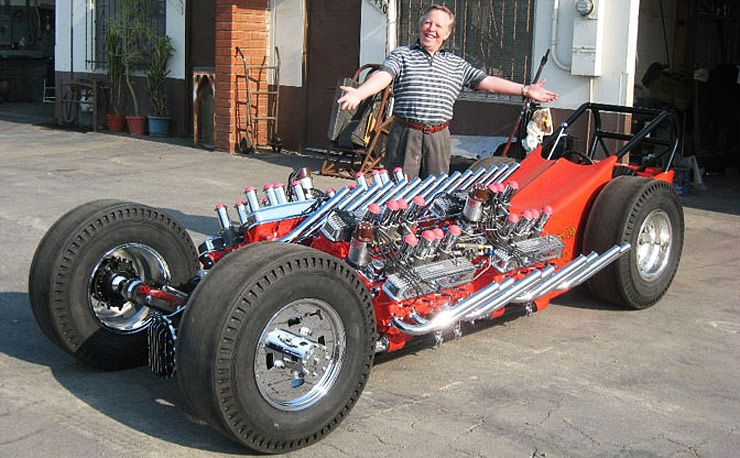 He builds a two-engine dragster that set a number of records. But that wasn’t enough. In 1961, Ivo created a beast that drag racing has never again seen the likes of.  Ivo’s 2-engine dragster paved the way for the 4-engine car and helped solve many of the mechanical issues. With four Buick “nailhead” V8 engines, Ivo’s all-wheel drive dragster was a monster that he named the “Showboat”. The Buicks proved extremely reliable but can you imagine working with 32 pistons, 96 rings, 64 valves and 128 valve keepers? 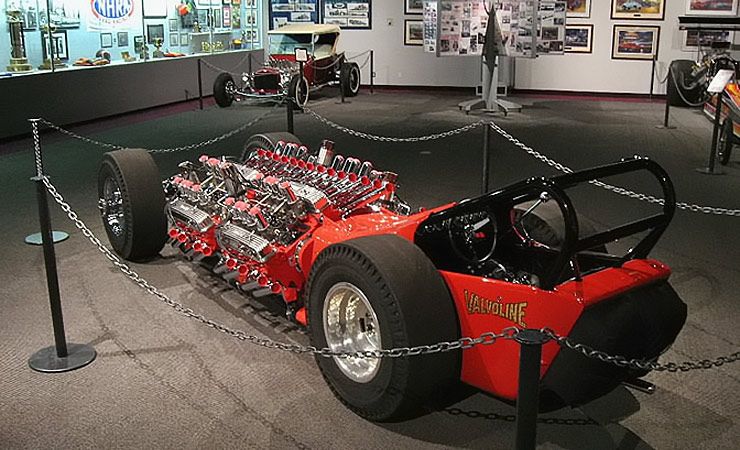 The engines on the left side drove the front wheels, while the engines on the right powered the rear wheels. The 4-motor car was quite the monster sporting 1,856 cubic inches of displacement generating about 2,000 horsepower. Concerned that four-engine cars might become the norm, the NHRA relegated the “Showboat” to an exhibition class and limited Top Fuel cars to one engine.