Can Elon Musk avoid the fate of John DeLorean? Tesla CEO may need to ‘rethink’ strategy.

Ever since Tesla Motors was founded in 2003, skeptics have questioned the long-term viability of the cars they sought to create. Electric cars in general have a long history of impracticality, so Tesla’s visions of an electric sports car were easy enough to mock.
–
On Sunday, Elon Musk pulled a little April Fool’s Joke…
– 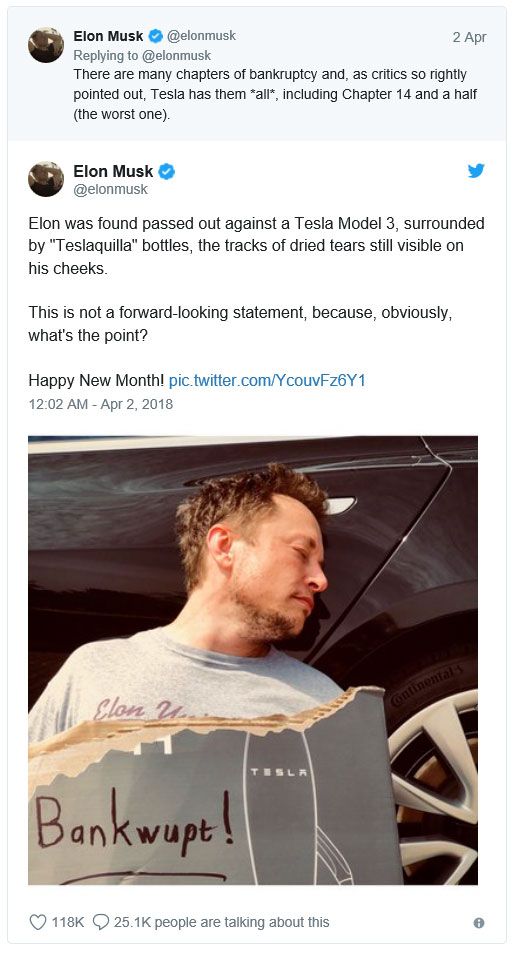 Unfortunately for Musk, this humor didn’t lift the spirits of investors who were still reacting to recent bad press after fiery fatal crash of a Tesla Model X on U.S. Highway 101 (video at the end of this article). Tesla’s stock dropped over 6% on Monday, but this decline didn’t last for long. The stock price bounced back up on Tuesday when Tesla stated that they would not need to raise any more capital this year.

Tesla’s ups and downs seem awfully familiar… Remember the DeLorean? DeLorean Motor Co. was all the hype in the early 80s. Their futuristic-looking cars attracted tons of attention and many eager buyers. After facing production setbacks, however, they claimed bankruptcy and quickly fizzled out.
– 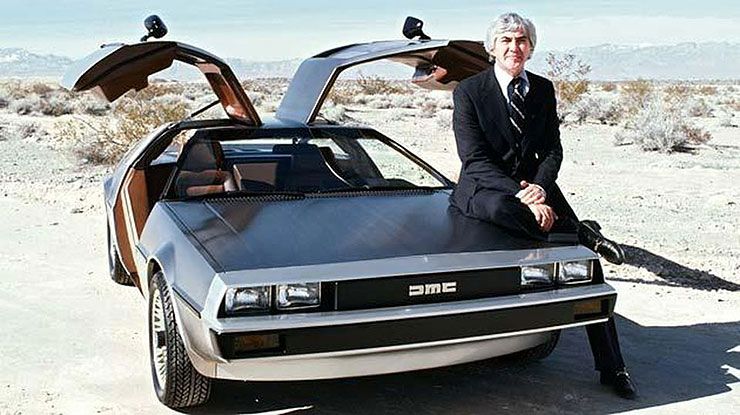 Will Tesla CEO Elon Musk join the Back to the Future carmaker on the list of swashbuckling executives who made a big splash but ultimately failed to reimagine the auto business? To be sure, Musk has already accomplished much more than DeLorean, whose DeLorean Motor Co. built only 9,080 cars before collapsing. That’s about as many as Tesla sold monthly last year.

Making the budget balance has always been tough for carmakers, and it’s not getting any easier; these days, the high barriers to entry mean even giant multinational automakers have found themselves seeking one another for support. 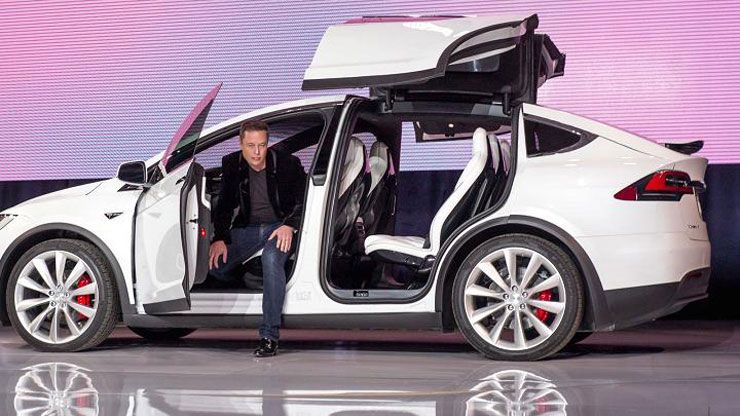 The company is racking up losses at a furious rate, in part because it has spent more than two times as much as traditional automakers in per-unit manufacturing capacity, according to Sanford Bernstein.


Part of the problem is that Tesla rushed into manufacturing too quickly, said AutoPacific analyst Dave Sullivan, who formerly worked in an assembly plant. The company appears to be “more concerned with getting butts in seats and fixing the quality issues after the fact,” Sullivan said.

Ultimately, it’s impossible for anyone to know where Tesla is headed. Even the gurus of Wall Street are divided; this week alone saw separate financial analysts predicting the company’s stock would both rise by 40 percent and fall by 40 percent within this year.

Then again, who knows? Elon might just surprise all the cynics all over again.