When it comes to engine swap, how big engine is big enough? Bigger is better. Period.

Custom builds usually have one thing in common – the engines that power them are not factory engines. But rarely do you come across a build that has a custom-built bespoke engine sitting between the fenders.
– 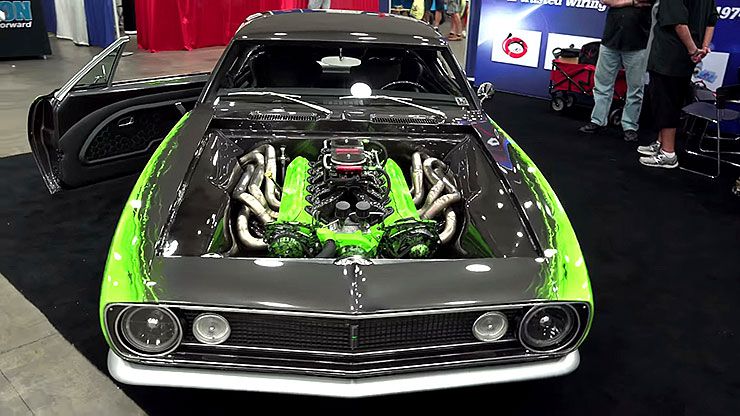 Mike Heim from Quality Custom Rides in Lancaster, Pennsylvania, fitted his 67’ Camaro with one of the first V12 LS1 engines in the world. This car is Heim’s personal ride, and not only that, but he has owned the car since he was just 19 years old – making it one of his oldest family members.

The base of this engine is General Motors LS1 small-block V8, but the V12LS.com team has added four more cylinders using two factory OEM aluminium LS1 engine blocks, effectively created a 519ci V12 version of an LS1 engine. They are the tuning house from Australia and a boutique engine supplier with the first commercially available V12 LS Engine.
– 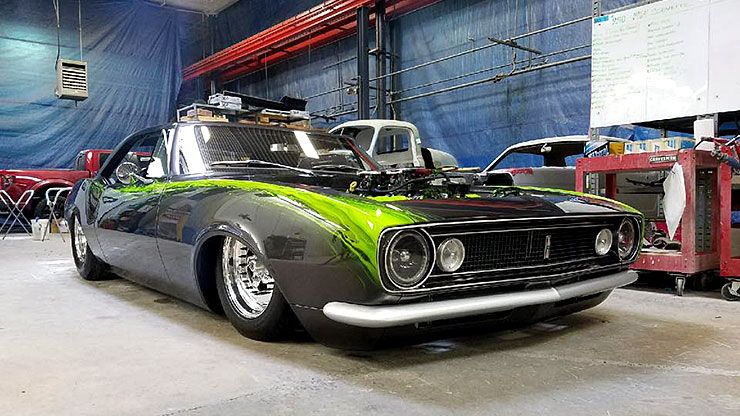 What they’ve created is a masterpiece and a wet dream of every hot-rodder and muscle car enthusiast. It’s just another great example of what happens when Aussie ingenuity meets US muscle. 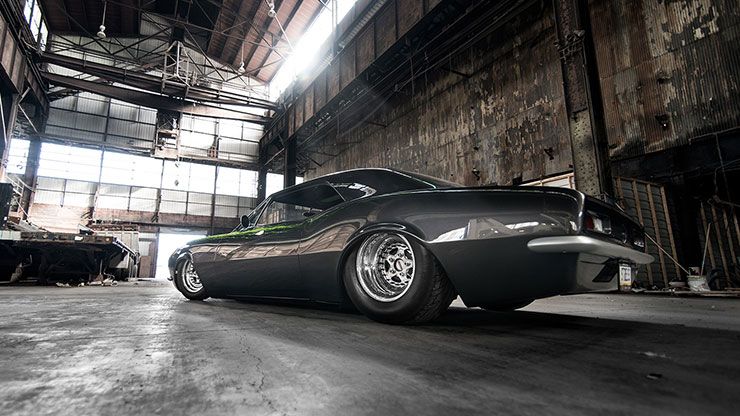 Apart from the insane engine and stance, the most noticed aspect of the build is the suicide doors – again, not a feature you frequently see on first-gen Camaros. Surprisingly, the Camaro has kept its original floor, although the entire body was cut off and dropped three inches lower. The tunnel has been raised and the rear seat and parcel tray deleted to showcase the cantilever rear suspension system. 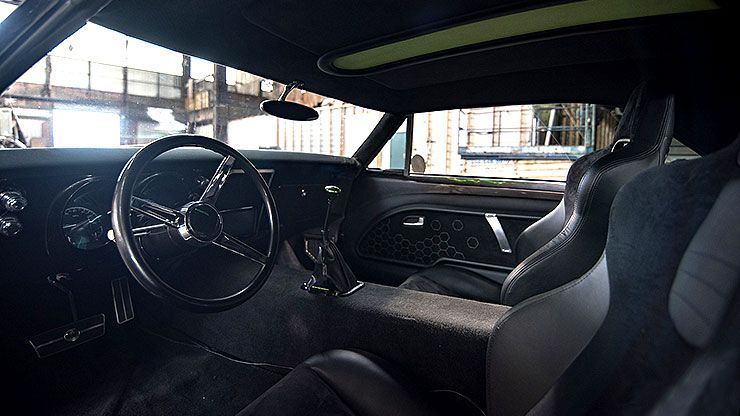 Interior decorating was handled by Lucky 7 Rod Shop, using suede from the floor to the ceiling and vinyl of the perforated and non-perforated variety to trim the dash and edges of the seats.

This is probably one of the most wild builds and it’s not your average take on a Camaro, that’s for sure.