Homewrecker Motorsports just dropped a bomb on the no-prep/street racing/Heavy Street worlds in the form of this purely sinister 1963 Impala!

The result is scary 19.5 ft of real, heavyweight American steel and glass… The GUDFAR!!! 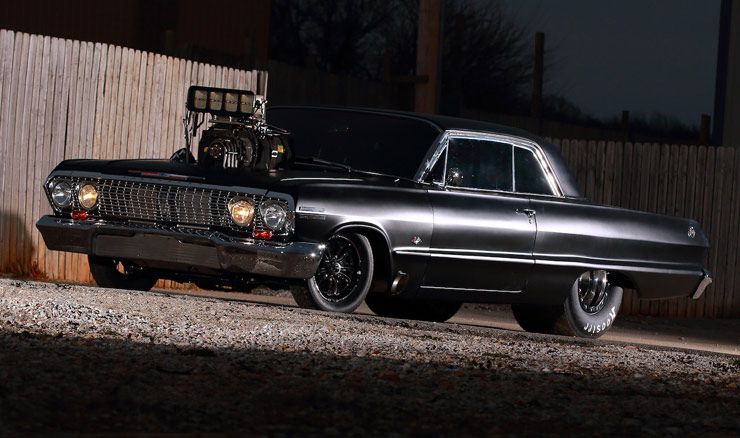 The GUDFAR, a 1963 Chevy Impala drag racing beast fitted with a GIANT alcohol-drinking Whipple screw blower and a 540ci Hemi engine is a MONSTER making about 2,700 hp to the tires.
It wears all-GM steel body panels, factory glass, an unmolested dash, a headliner, and factory framerails out front. Hell, this monster is still street-legal, according to the state of Nebraska.
– 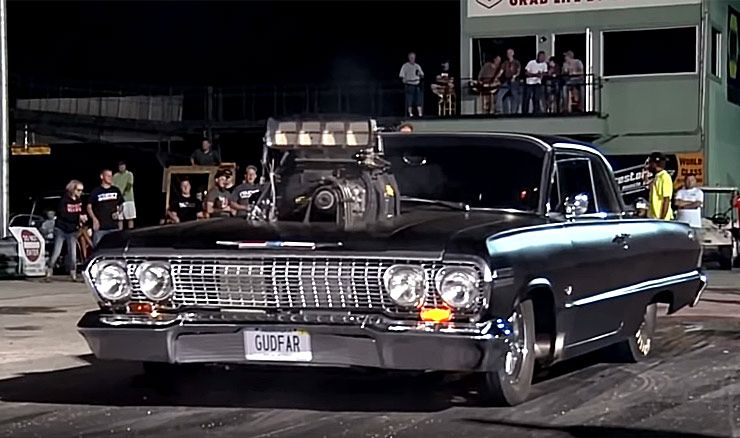 The car belongs to Jamond Haug and his brother Todd Haug, who comprise Homewrecker Motorsports.

With all those 2,700 hp, Gudfar hustles down the eighth with ridiculous speed when it hooks. And, that “when it hooks” is the important part. While you could say that the Impala’s aircraft-carrier wheelbase helps keep it off the wall, you really have to credit Jamond’s driving for keeping it mostly straight while fighting the rear slicks.

The Haug brothers built the car in their garage and they have more work to do to dial in the Impala’s stability, but the result is spectacular to watch. 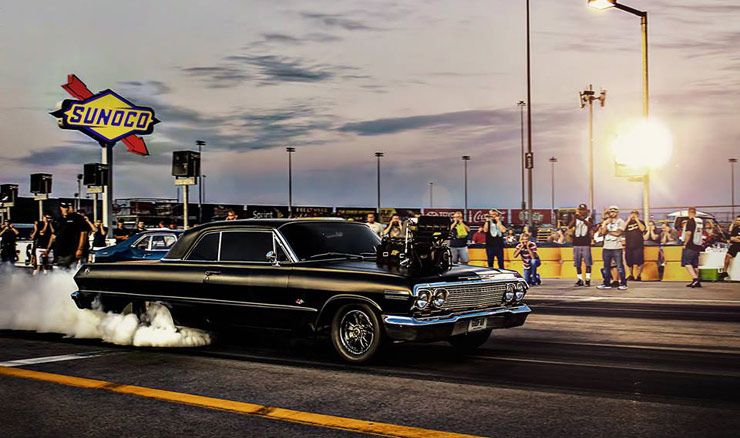 This car has zero manners, and it has no grip. Even with the snake like path it makes down the track, it’s still blowing away the competition, and who would even want to cross this monster?

As you can see from the video, from launch to finish this car bobs and weaves all over the place, adding to its sinister personality. Hit play below to see The GUDFAR in action!