A treasure trove of abandoned, rusting Second World War-era cars has been discovered in a small quarry in rural central France.

Vincent Michel, Belgian PE teacher and photographer stumbled upon a French quarry, and found an entire stash of World War 2 cars that are beyond repair. They were likely hidden away at the start of the war to avoid them being requisitioned, and were forgotten about by the end. He captured the cars on film, most of them rusted beyond repair. 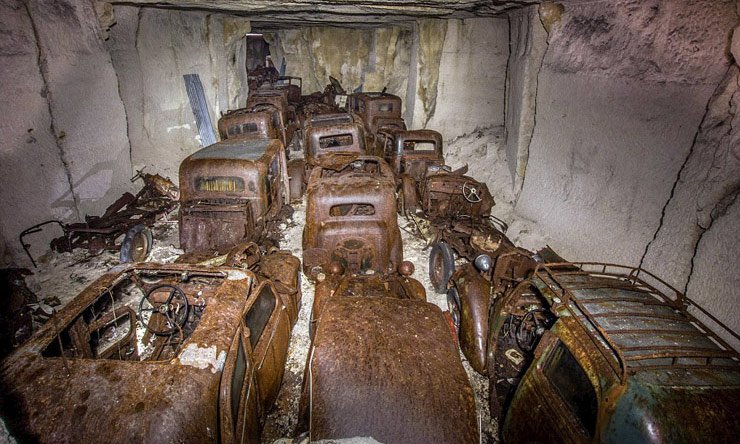 After the war, nobody took them out from there, forgotten forever. The owner of the quarry added a few more cars some years later. Citroens, Renaults and Peugeots can be spotted among the dozens of cars parked neatly in rows. The condition of some suggests they may have been damaged before they were stored away, or cannibalized for parts later on. 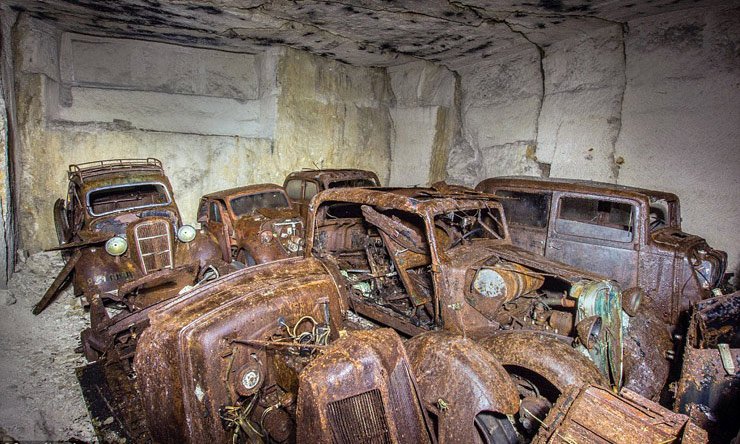 Mr Michel said: ‘It felt like we were walking back in time, 70 years ago, and I just wondered how on earth it was possible! Almost all the cars were empty, with the shells the only things remaining.’ 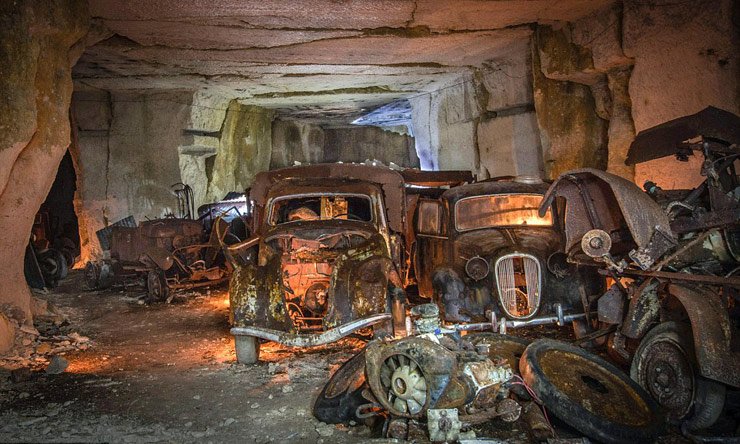 Michel shares that the quarry owner was able to sell some of the vehicles at an auction, but most of them remain inside because moving them may only lead to further damage.
The 56-year-old urban explorer said several of the cars have been sold, but most will have to stay where they are.  The exact location of the quarry is kept confidential. 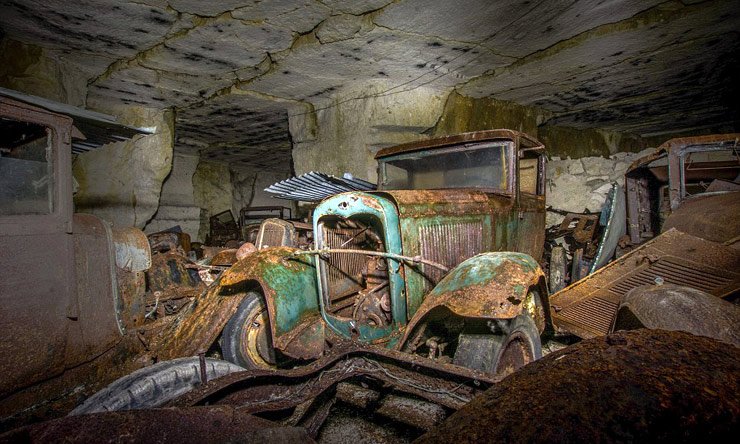 He added: ‘Shortly after we were there the owner pulled a few of them out to sell at auction, but most of the cars are still at peace inside the quarry, too damaged to move. It was an unbelievable experience, and I really hope to find a similar place in the future.’ 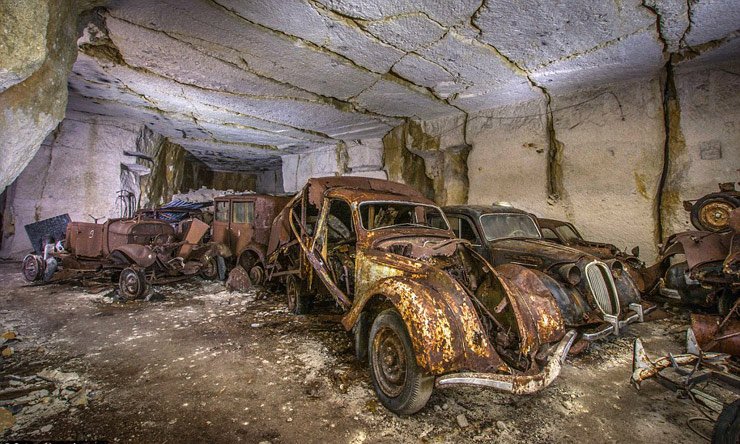