This 1952 GMC Suburban is one tough cookie, but it’s an awesome family hauler though.

Toby VanSyckle of Charlotte, Michigan has been hooked on cars for most of his life, going back to the ’66 Chevy II Nova he owned in high school and the many muscle cars that followed. But trucks? Well, that wasn’t in the cards at first, but once he married and had kids things changed. 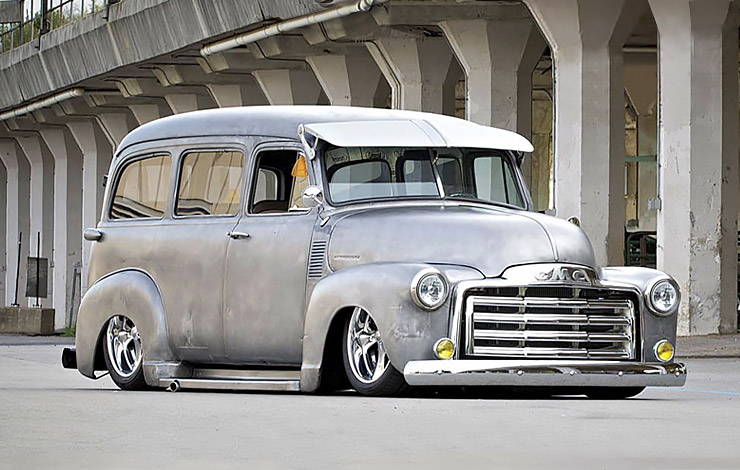 When you have children, your priorities shift, and if you’re a car guy who loves vehicles with tiny (or non-existent) back seats, you have to question your decision-making process. Don’t you want your kids to enjoy your passion, too? For Toby, that was a no-brainer, but he also wanted to dip his toes into the truck world by building a 1947-55 Chevy. How was he going to make all of that jive?

The solution came with a phone call from his father, who found a ’52 GMC Suburban online that was located out in Georgia. Toby loved the look, but other than hopping on a plane, there was no way he could buy it himself. How was he going to make the deal happen? 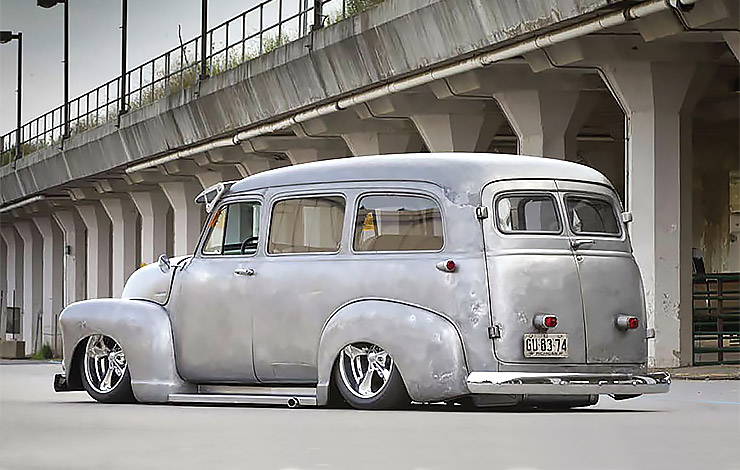 Since his dad had a regular trip to Florida on his calendar every winter, he told his son that he’d check out the truck on the way. Once his dad confirmed that the Suburban was good to go, Toby pulled the trigger, made the deal and arranged for a friend to haul the truck back up to Michigan.

That would usually be a simple process, for Toby it was anything but. Toby’s friend was going to tow the Suburban home using a truck and trailer, which worked out just fine initially. But as travel progressed, he hit a gnarly blizzard, which not only slowed progress, but became quite dangerous. To keep his friend safe, Toby talked to him for three days over the phone to make sure that he was awake, but also to provide moral support during that difficult time. Fortunately, the driver (and the truck) made it home safely.

Once Toby had the truck in his possession, he drew up a plan of action. He performed some basic mods, like soda blasting the paint and shaving a thing or two. Obviously the suspension saw some work, what with the new Total Cost Involved front clip and the 4-link out back, and obviously there’s the mammoth wheel change—that doesn’t hurt at all.


For now, the truck is his spring and summer cruiser, something in which he can take the entire family to truck shows and local ice cream runs, then pack up for the winter. He’ll finish it at some point, but for right now the ’Burb is just fine. 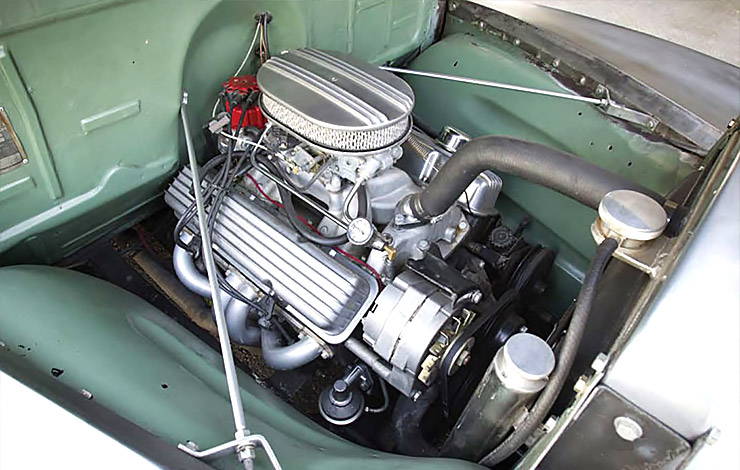 That’s the thing about car guys who have converted to trucks: They understand that sometimes it’s about the journey, not the destination. On that trip, it’s the people riding in the back that make it all worthwhile. For Toby and his family, that’s all that matters. 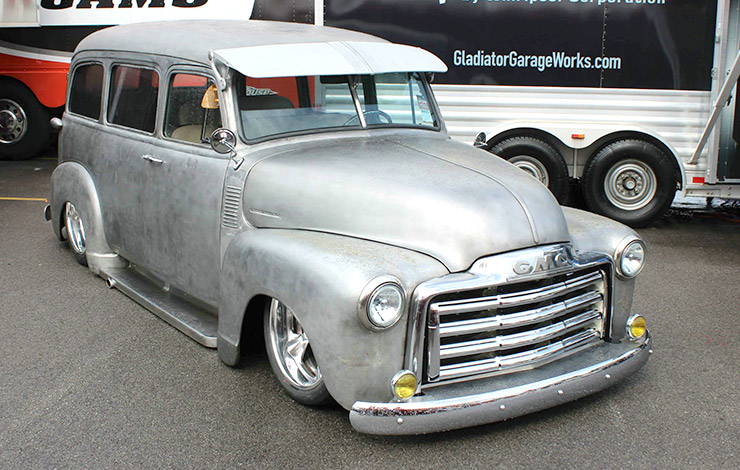