Built by Ford Motor Company’s Special Vehicles unit and its private Detroit-area skunkworks, Kar Kraft, this fascinating 1969 project was known internally as the LID Mustang. The LID initials signified Low Investment Drivetrain – a mid-engine configuration done on the cheap, using as many off-the-shelf components as possible. 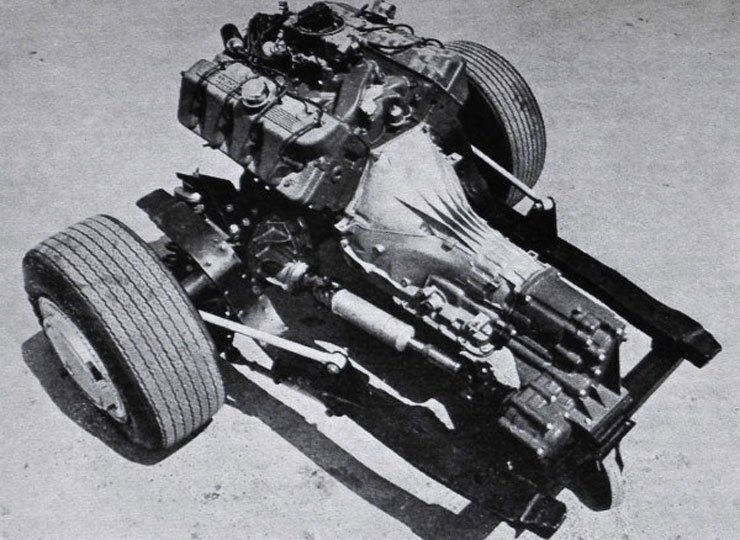 One well-known issue with the production Boss 429 Mustang of 1969-1970 (1,358 examples built) was its poor weight distribution, the result of cramming a big, iron hemi V8 between the front wheels of a light, short-wheelbase chassis. The LID concept addressed this problem by relocating the engine from the front to directly over the rear wheels.

A Boss 429 engine and C6 automatic transmission were turned around backward and installed over the rear axle centerline, connected to Ford 9-inch center section via a marine-type transfer case.

On the outside, the LID Mustang looked much like a standard 1969 Mach I Sportsroof, with little to give away the revised engine location. The stamped steel wheels, eight inches wide at the rear and six inches in the front, where reverse offset (in front-wheel drive fashion) to preserve the stock track width, then disguised with full wheel covers borrowed from a Lincoln. The rear seat was removed and the area trimmed with black carpeting, while up front, the former engine compartment housed battery, radiator, and air-conditioning condenser, with electric fans to provide cooling. 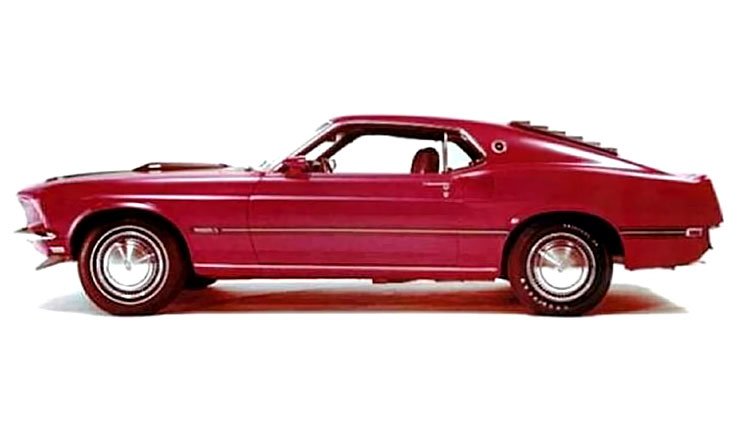 For access to the big V8 out back, the rear glass was replaced with a Sports Slat rear louver assembly mounted on hinges and folding struts. The LID project was a complete success in this way: The Boss 429’s static weight distribution was reversed from 60/40 percent front to 40/60 rear. But to the engineers’ surprise, except for a reduction of wheelspin, there was no significant improvement in performance. With that discovery, the LID Mustang program was stopped in its tracks. However, the car was fully operational and street legal. 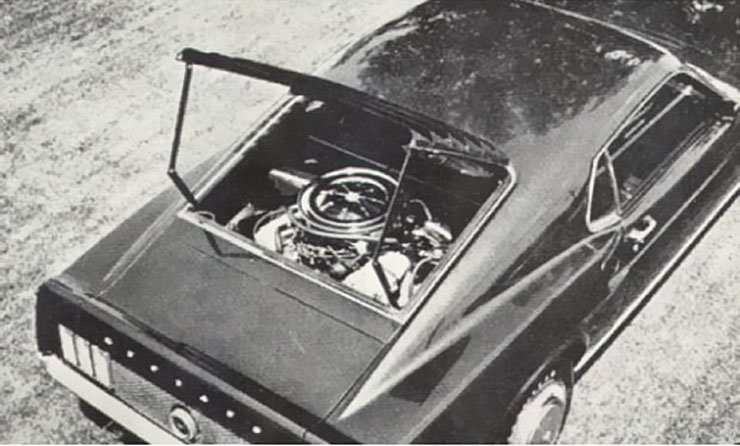 What’s happened with that project car? Here’s what’s known for sure: After its test program was completed, the car was sent to a fenced-in bullpen at of the Dearborn Proving Grounds, and there it sat with some other discarded test mules as the months stretched into a year or more. From there the Mustang was supposed to be sent to the shredder but instead, the car simply disappeared one day – poof. So we shouldn’t be surprised, if the one-of-a-kind Mustang has simply been sitting in a private garage somewhere in Dearborn or Allen Park for the past 40-odd years, and one day it reappears.

You can see it in action here in this awesome home movie recorded by Kar Kraft employee Larry Lawrence back in ’69 with many unique Ford performance vehicles on display.