Remember the Galpin Rocket? The 725-horsepower beast based on the sixth-generation Ford Motor Company Mustang. The car that play in a higher league against much more expensive supercars.

That in a nutshell, is what VLF Rocket V8 Mustang is all about: beating the world with American muscle derived from a mass-produced family sedan, but put into a chassis that could handle the upgrade in power learned from years of hot-rodding and performance mods.
– 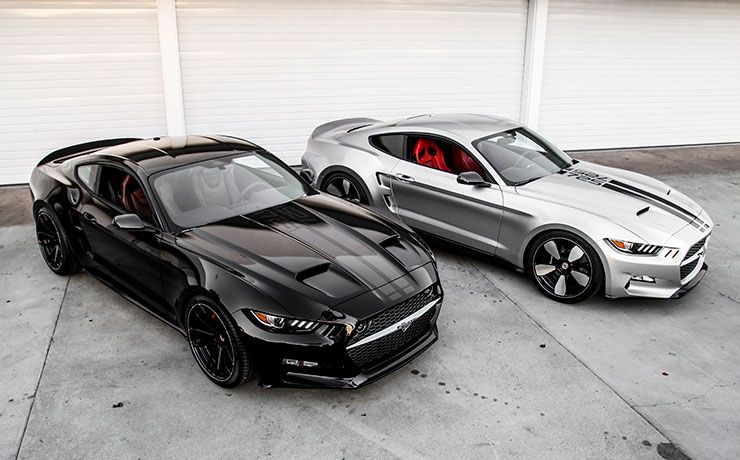 The two men behind the Rocket certainly have the credentials for the job. Beau Boeckmann is COO of Galpin Motors, whose Galpin Auto Sports division is handling production of the Rocket. Galpin’s involvement in motorsports extends back to 1960, when their NASCAR team with drivers Ron Hornaday and Eddie Gray took two consecutive West Coast division championships. And after Ford ceased production of Mustang cconvertibles in the 1980s, Galpin picked up the gauntlet and showed Dearborn how it was done. The pedigree and the passion are clearly there.

The other half of the team responsible for the Rocket has an equally deep automotive pedigree: Henrik Fisker, designer of such iconic vehicles as the BMW Z8, the Aston Martin DB9 and V8 Vantage, and of course his own Fisker Karma, of which approximately 2000 were produced by the company that once bore his name. It was while the Danish-born Fisker was design director of Aston Martin (from 2001–2005) that he first met Boeckmann; at the time, Ford owned Aston Martin, and Galpin Motors not only owned the world’s largest Ford dealership, but also an Aston Martin dealership in Los Angeles. The two men soon discovered they had a similar passion for cars that were beautiful, exclusive and fast.
– 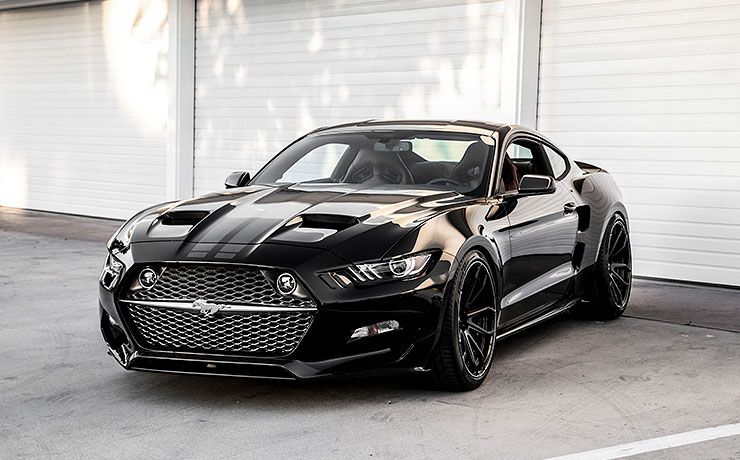 VLF Rocket V8 is the result of a joint venture between Henrik Fisker and Galpin Auto Sports. “When Henrik Fisker showed me his ideas, I got chills — it’s literally the most beautiful Mustang I have ever seen,” says Beau Boeckmann. 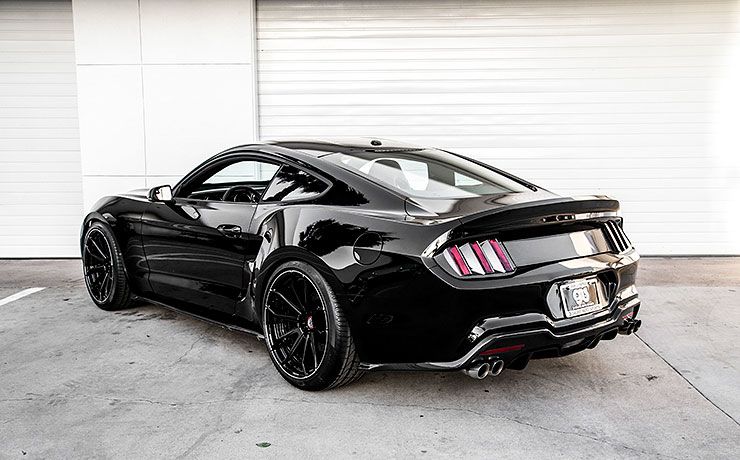 At 435 bhp, the 5-liter V-8 in the stock Mustang GT would easily be more power than the average person needs, strictly speaking. But we aren’t average people, and neither are Boeckmann and Fisker, so the first mod they made to the Rocket was to supercharge it. The 67-percent increase over stock power brings it up to 725 bhp, significant because it’s 18 bhp up on the Hellcat.

The Mustang-based vehicle has a new body that’s completely carbon fiber. A long, vented hood and wide fenders lead to an overhauled nose where Fisker adds a massive intake, which a narrow piece of metal splits in half. At the rear, broad fenders flow into an integrated trunk lip spoiler. Pirelli performance tires wrap around the standard 21-inch wheels. An optional exposed carbon fiber package shows the material off on the hood stripes and mirror covers. 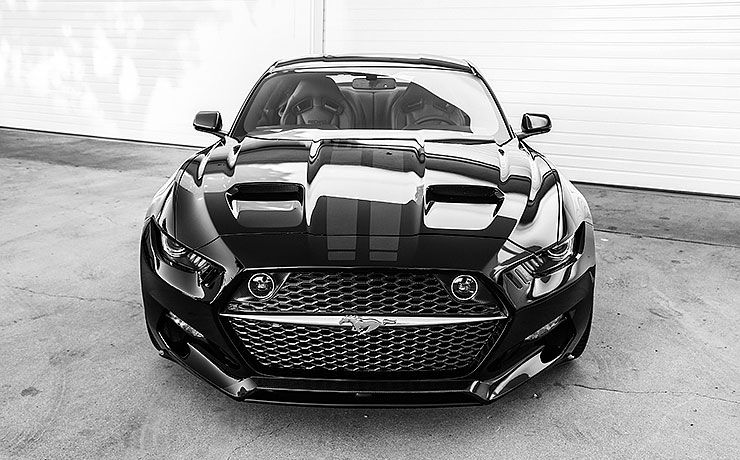 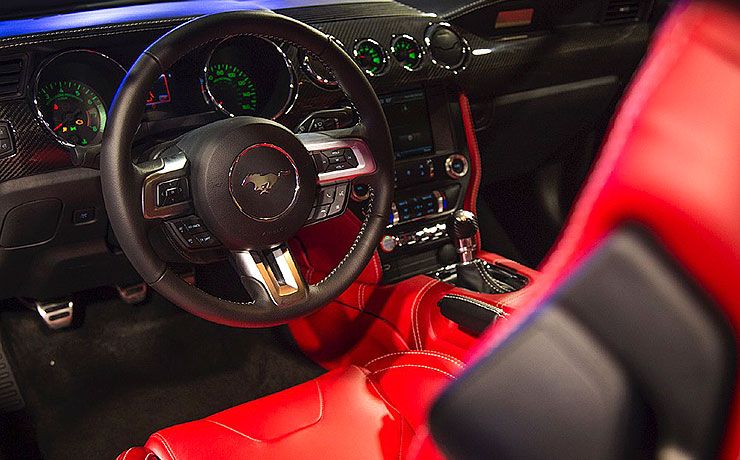 The VLF Rocket is currently exclusively distributed in California by Galpin Auto Sports and VLF Automotive will be appointing additional dealers in the US outside California, and rest of the world.