At this year’s SEMA show, Ringbrothers once again proved itself the king of this space, unveiling a wild, 1,100-hp 1972 AMC Javelin AMX.

This restomod has a stunning gold and black paint job that nicely combines the blend of retro and modern style that this Javelin is all about.
– 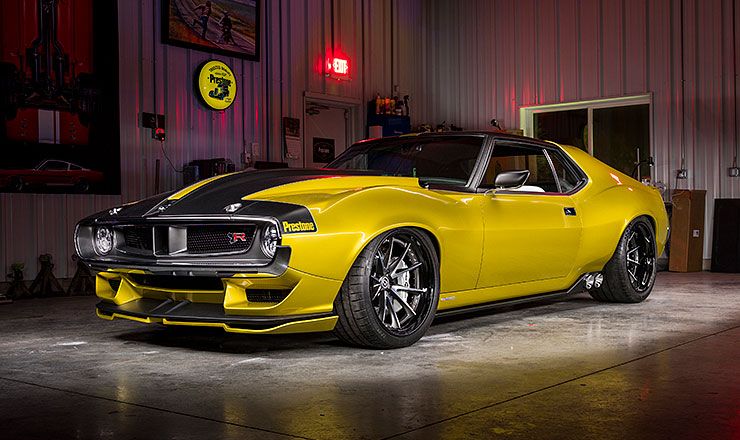 When Prestone approached Ringbrothers to build a car to commemorate its 90th anniversary, Jim and Mike Ring had the perfect candidate. The brothers had recently acquired a local legend, a 1972 Javelin AMX. Even before head sponsor Prestone knocked on its door, Ringbrothers already knew an AMX would serve as the next canvas.

Prestone wanted a head-turning muscle car build and it needed to highlight their company’s cornerstone product, their Cor-Guard antifreeze, so the color should be yellow. It also had to be fully functional, as Fisher said, “We didn’t want a showroom piece. We wanted a car that could be driven on a daily basis. They heard us loud and clear on that.”
– 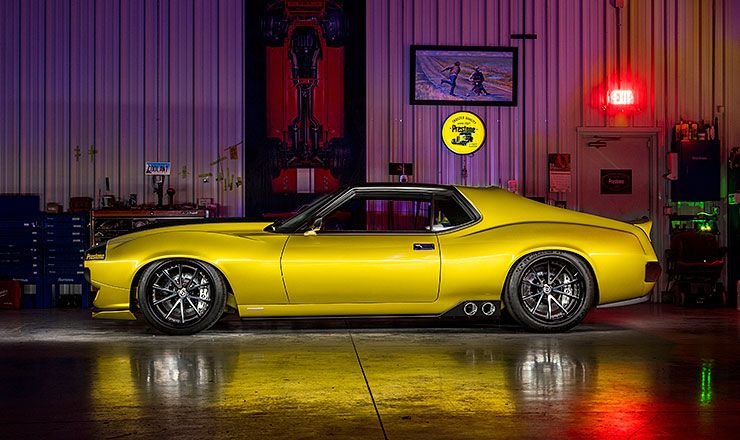 Well, to begin with, the car has been restored to mere perfection and everything you see on it looks utterly gorgeous. Much of the body is carbon fiber. The hood, front fenders, grille, and front valance are sculpted of the lightweight material, and should bring the base Javelin’s 2,875-pound weight down significantly. The Defiant rides on a custom front subframe that holds modernized steering, sway bars, and RideTech suspension components. 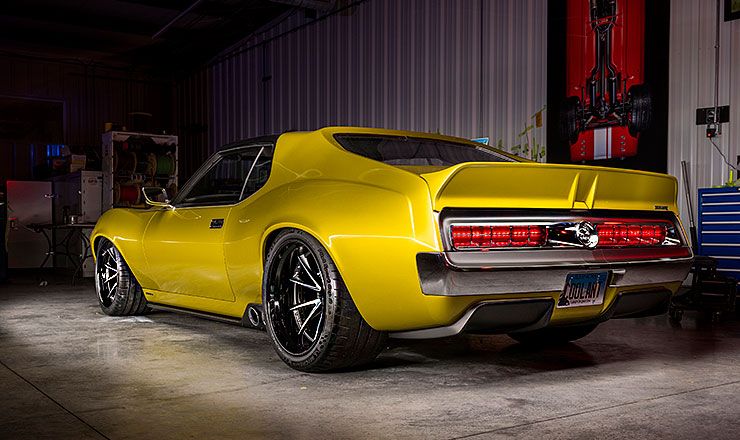 The 6.2-liter, 707-horsepower V8 out of the Dodge Challenger Hellcat has been dumped into the engine bay, but Jim and Mike have swapped out the stock supercharger for a 4.5-liter Whipple unit, bringing the horsepower rating up to 1,080. A Bowler automatic transmission backs the high-powered engine and a sturdy QA1 Carbon Fiber driveshaft transfers power to the wheels. 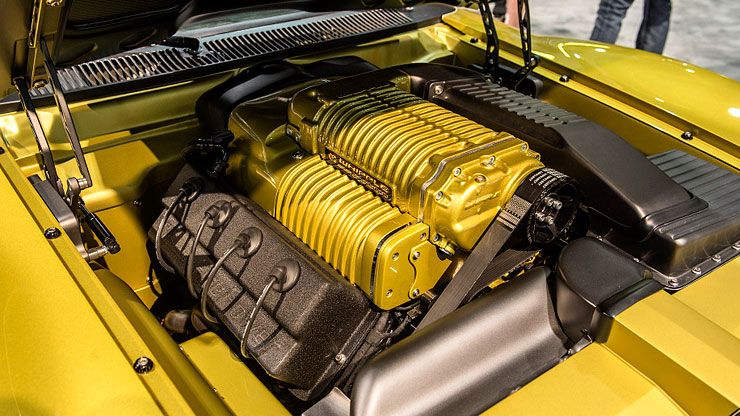 “Defiant!” rolls on a set of HRE Performance Wheels sized at 20×11 in the front and 20×13 in the rear, all wrapped in Michelin tires sized 285/30/20 up front and 335/30/20 out back. With more than 1,000hp on tap, the Javelin requires massive stopping power, so a set of six-piston caliber Baer brakes should be enough to haul your shiny golden missile down from simply unconscionable speeds. 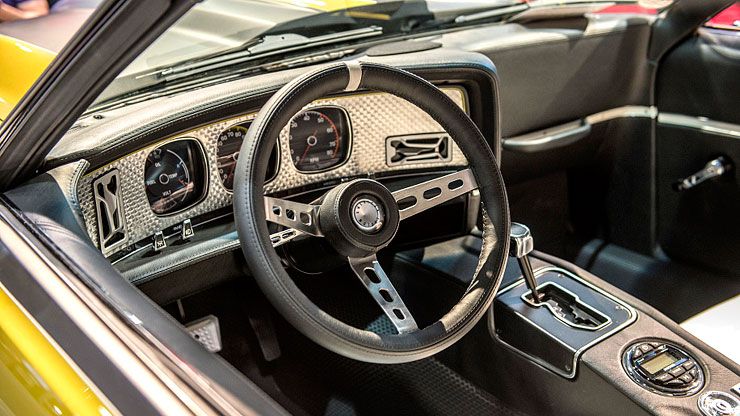 The interior of this Javelin is modern and tasteful while still having a distinct muscle car vibe. It has white seats contrasting with the mostly-black interior with machine-turned metal finish on the instrument cluster and doors. In between the bucket front seats are the ignition, a USB port, and controls for the Kicker stereo.

Find out why Jim and Mike are such great fans of the Javelin in the video below.