This is the story about devotion that only true enthusiasts will understand.

We keep hearing a lot of stories about barn finds but this discovery is even more impressive as the classic VW was found in the forest at an altitude of 1,300m (4,250ft) in the French Alps.
– 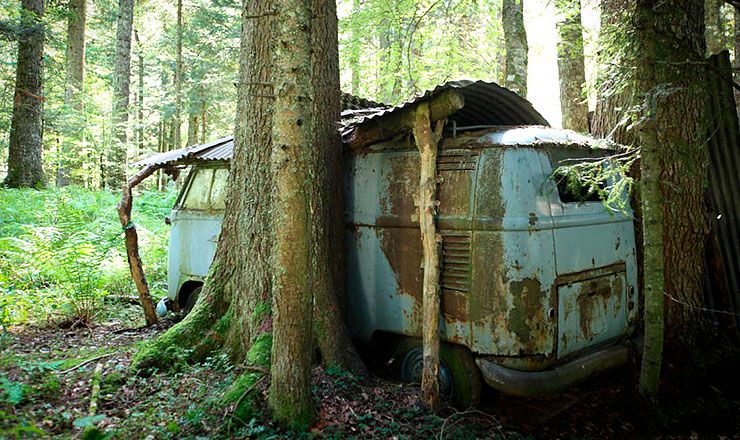 For over 40 years this 1955 Volkswagen Panel Van sat abandoned in a valley of the French Alps. It wasn’t until a mushroom picker discovered the bus and remembered its location 15 years later to share with Florian George, an air-cooled Volkswagen enthusiast who works for AirMapp – a website and social network for fans of air-cooled VWs.

Florian did a little bit of research, was able to track down the land owner and buy the VW from him only a day later. The car was covered by metal sheets, spider webs and leaves, sitting there engine-less, after a fire destroyed its original engine and was used as a cabin.
– 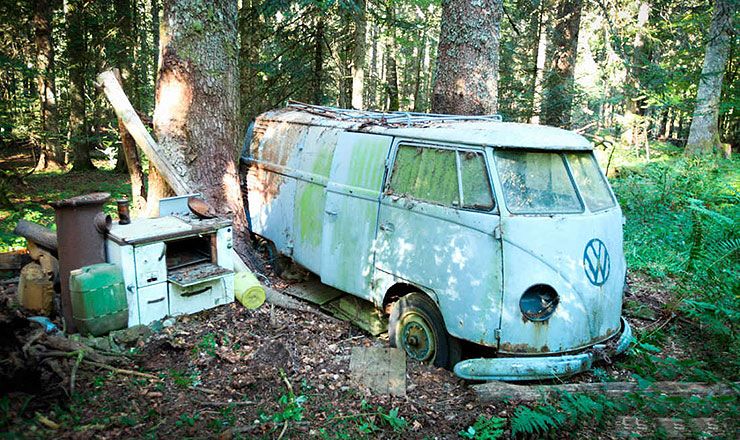 With the van now in his possession he was ready to tow the van down the hill, when the notion to fix it up on the spot. Florian called a group of friends and asked them to help him partially restore the panelvan on the spot, in order to drive it down the mountain. Than, the real adventure begun. 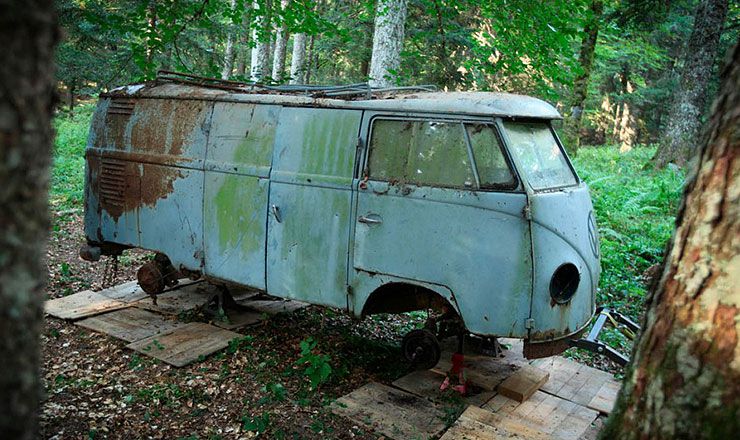 After gathering the necessary parts and an engine, they managed to rescue the vehicle and drive it back to civilization. It’s always great to see something that’s old and forgotten, get a second chance.
Florian George now aims to weld it where necessary and keep the awesome patina on it as it is. 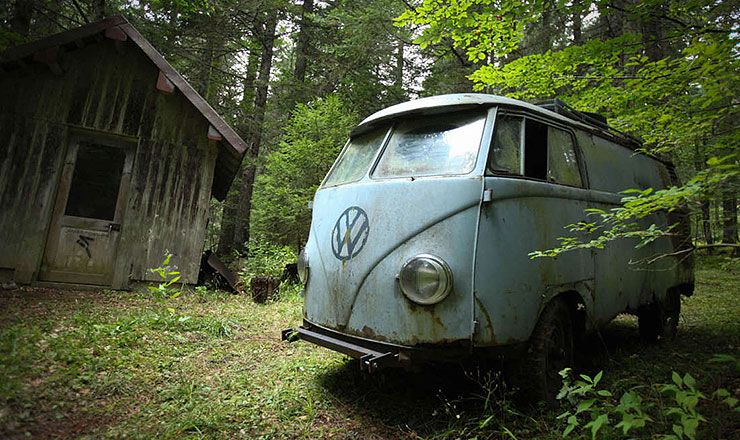 Check out the video below to see the story of how they got it done. Florian is telling his story in French, but there is an English subtitle for those who are not familiar with that language.