It’s pretty rare to see such a new platform turned into a burnout machine; most competitors preferring a classic base car. But this is not your average burnout car. That much should be obvious.
– 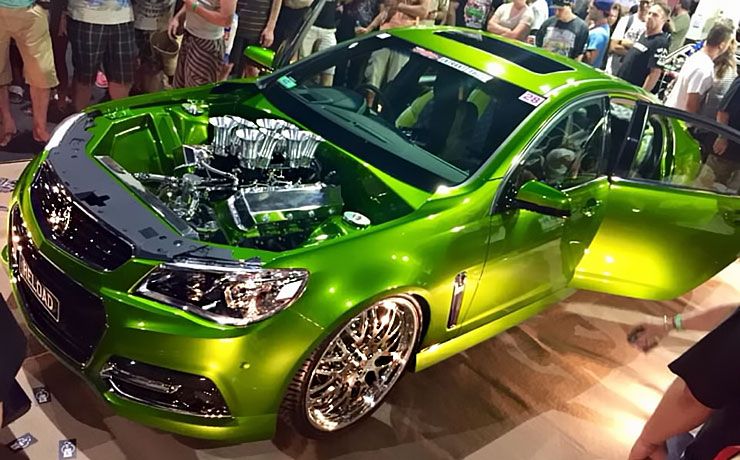 The owner, Steve Loader, is a Burnout Masters veteran and picked the car up as a write-off with the intention of just doing skids, but once the build was underway he decided to go all-out and complement the ‘go’ with some ‘show.

A custom paint job, interior and shaved engine bay see to that. But forget the intense green paint, the lack of forced induction and the show-quality detailing – this thing has freakin’ Bluetooth! With Holden’s multimedia system still in the car, Steve can make phone calls hands-free while smoking tires!
– 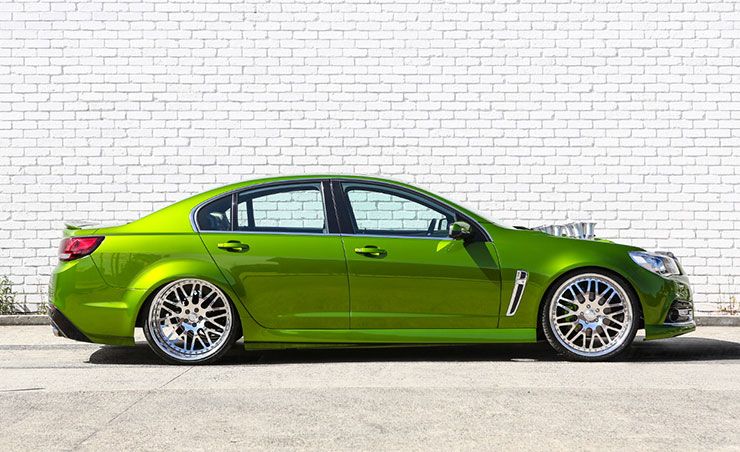 PowerHouse Engines in Melbourne screwed together the methanol-sucking, 532-cube big-block Chev, which features the best of everything and churns out around 850hp. Highlights include a dry sump oiling system and alloy Brodix heads topped by Enderle stack injection – all roaring through custom four-into-one headers. 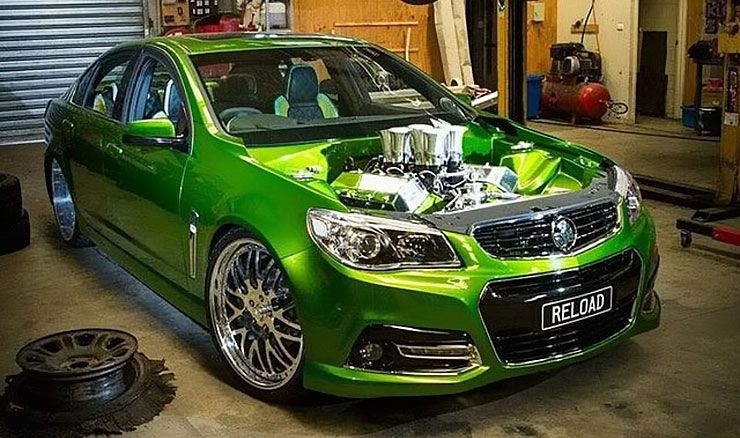 The hard-core motor is backed by a tough A-Grade Automatics two-speed Powerglide gearbox ahead of a beefy Ford nine-inch diff swinging off a ladder bar and Strange coil-over set-up. “This allows me to keep the back seat while keeping it nice and rigid, which is important for doing burnouts,” says Steve. 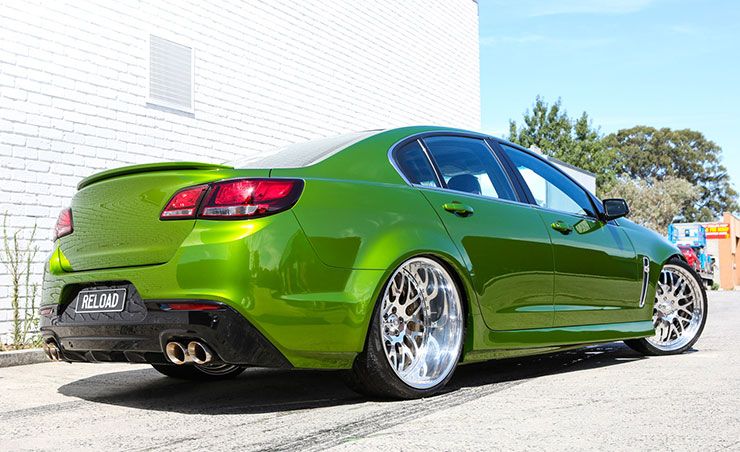 Loader is not shy when it comes to leaving his all on the burnout pad.

“My goals are to rap the sh*t out of the car and give the crowd what they want,” he said. “The more pumped the crowd is, the more pumped I am.”
When asked what the crowd can expect from his driving style, Loader kept it simple. “Destruction.”

Check out the awesome video below as Steve smashing the tires off!