Hot rod definition is simple: any old or classic car that have been rebuilt, modified or designed to perform better than stock.

But if you’re gonna build it, you gotta drive it. That’s what Fred Bottcher believes, and so even on winter days — providing the roads are dry — he’s been known to bundle up and take his customized 1957 Cadillac for a spin on the roads around his home in Oshawa, ON.
– 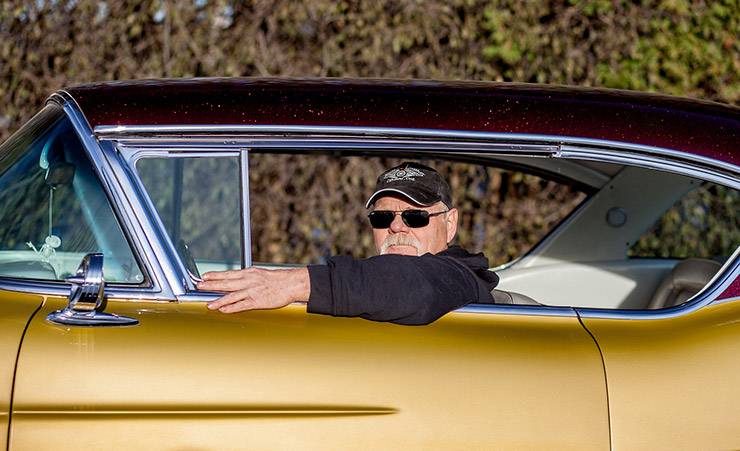 It was built in his garage, almost entirely by his own hand, and his main pride is that it can hold its own with many cars that were professionally built for far larger price tags.

“I’d always wanted a ’50s car,” he said. “I was looking for a Chevy, but it was around the time that ’57 Chevys were really starting to climb, and it was cheaper to buy a Caddy. I restored it to stock, but keeping it that way while driving it all the time was a challenge. The aftermarket wasn’t really flowing with support back then.
– 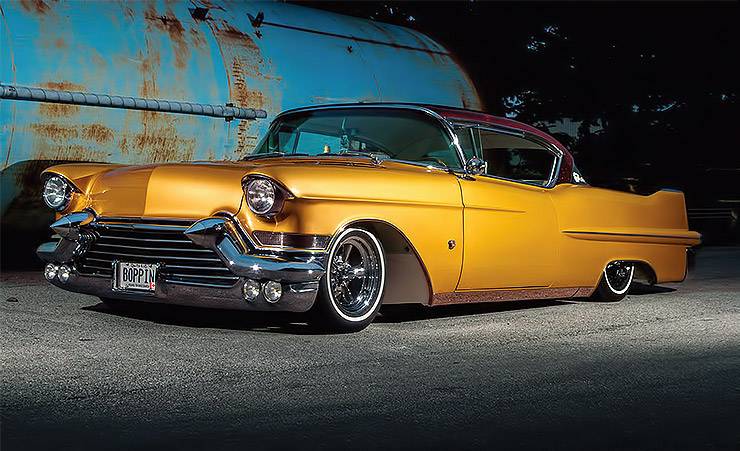 The car came off the road in 2003, but between finding the time and making sure it was done right, it wasn’t finished until the summer of 2014. There was a lot of trial and error and more than a few steps had to be done twice, either because things went wrong, or because an idea didn’t turn out as planned. “It was definitely a love-hate relationship,” he said. “There were days I wanted to set the thing on fire. But I couldn’t, because it didn’t have an interior so there was nothing to burn.”
– 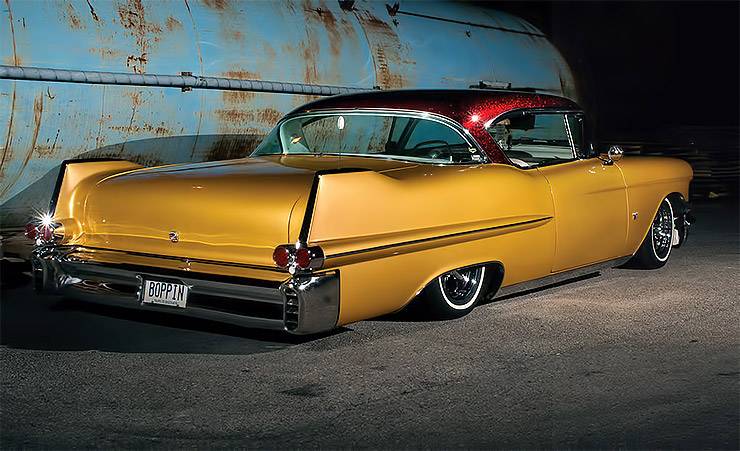 During the build, he always knew exactly what he wanted: a car that looked like it had been customized in the 1960s, clean and uncluttered but traditional. The chassis got a new front clip with a Camaro frame section. He also shortened the wheelbase by an inch and a half, which solved something that drives him nuts on a car: when the wheels aren’t perfectly centered in the wheel wells. In its green-machine days, the car was low but the suspension was static. This time he installed hydraulics, a basic two-pump setup with accumulators to lift it to driving height or drop it for parking.

For the powerplant, well … Fred also owns a 1966 Dodge Dart convertible and 2008 Dodge Challenger SRT8, and what could be cooler than a Mopar in a Cadillac? Fred wanted some power, so he got some power. 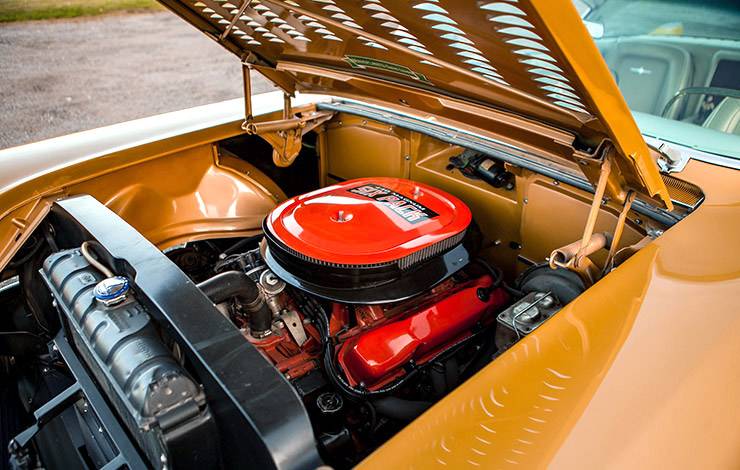 The car runs a 440 six-pack engine and 727 TorqueFlite transmission, which ticks off both hard-core GM fans and hardcore Mopar folks whenever he opens the hood – which he rarely does, since showing it that way breaks up the whole long, smooth look he worked so hard to achieve.


If there’s anything Fred has, it’s vision. He knows what’s going to work even if it sounds like it won’t, and in the end it does. And that’s how it went with the paint. “I knew I wanted gold, and I knew I wanted a flake roof. Flake was the 1960s choice for car tops, and I had to have it. My choices came down to red, green, or blue, and I went with red. It’s Volkswagen Futura Gold on the body, and House of Kolor red flake on the roof.”

The interior was a two-step process. He bought a set of round aftermarket gauges and set each into his own pod, which he’d created and welded into the dash. “But after it was completed, with the dash painted white, it looked like six round cans in a snowstorm,” he said, and ripped it all out. Two years earlier, at the SEMA trade show in Las Vegas, he’d discovered CON2R, an Oregon- based company that makes aftermarket gauges and steering wheels. The company created a one-of-one instrument cluster and matching clock, made in metal on a 3D printer. The gauges look analogue but they’re completely electronic, including a speedometer that works by GPS. 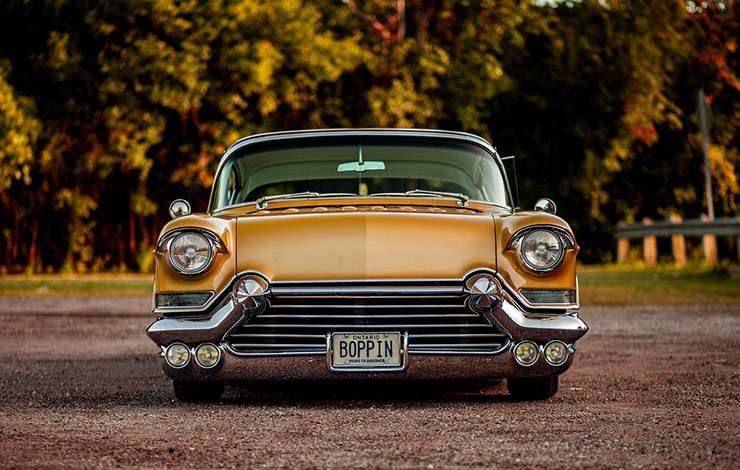 Fortunately, the rest of the interior went without a hitch. In keeping with the Mopar components under the hood, he found four 1964 Chrysler 300 front bucket seats, which became both the fronts and backs. At the Hershey automotive flea market he found a rare 1961 Plymouth “Aero” square steering wheel, still in its original box. It wasn’t cheap but was just what he wanted, and we’re back to his vision of exactly of what will look right. “It’s a square cluster, it’s a flat dash, and it just fit with that theme,” he said.

This gold custom Caddy is traditional, but contemporary at the same time. But hey, remember there are no rules when it comes to building a custom.
–