Born at the advent of the muscle car era, the Ford Mustang is a car that has always been designed to deliver on the brand promise of “Fast, Fun and Affordable.” 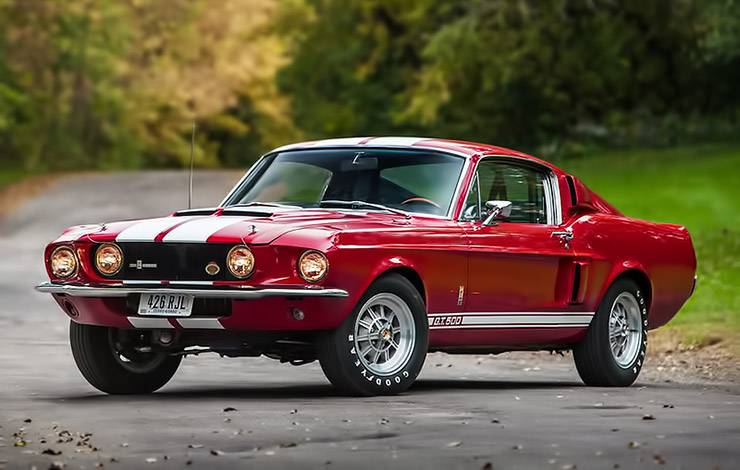 It’s probably no coincidence that the first word in that product mantra is “Fast” – because stylish, sporty cars that make enough power to actually be fast also have a better chance to deliver on that second attribute – fun!

As you stare and drool uncontrollably over this 1967 Shelby GT500 Fastback, I will go ahead and remind you that about 55 years ago Ford figured out it needed to redesign their Mustang to accommodate larger engines.
– 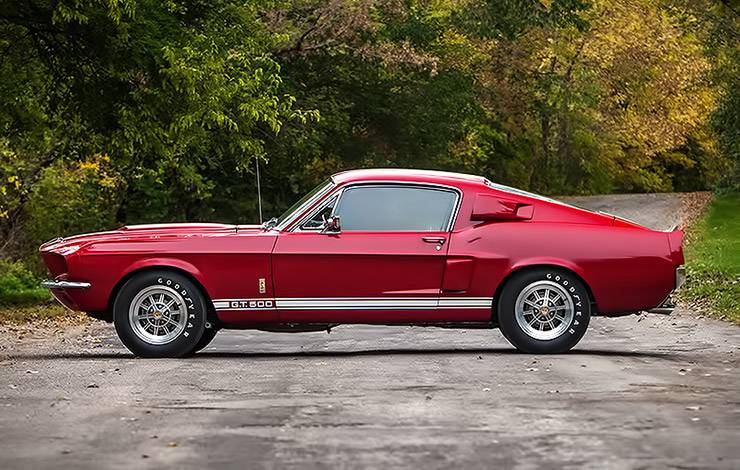 For ’67, Ford offered the Mustang with their tried-and-true 390 V-8, but they also builds a 428 V-8 on the same block. Why not, reasoned Shelby, use this engine in the ’67 Shelby Mustang? Why not indeed. The car is called the GT 500 and its engine is called the Cobra Le Mans.
– That proved to be the most inspired idea ever, and Carroll Shelby realized these new designs were capable of handling his unique way of delivering power and excitement. What resulted is pure magic on wheels.

An engine inspired by the one that beat Ferrari in both the ’66 and ’67 24 Hours of Le Mans was fitted in the engine bay – a.k.a. the ‘Cobra Le Mans engine’. The early GT 500 engineering prototype was the fastest car ever to lap Ford’s twisty handling loop, except for the GT 40s, of course. 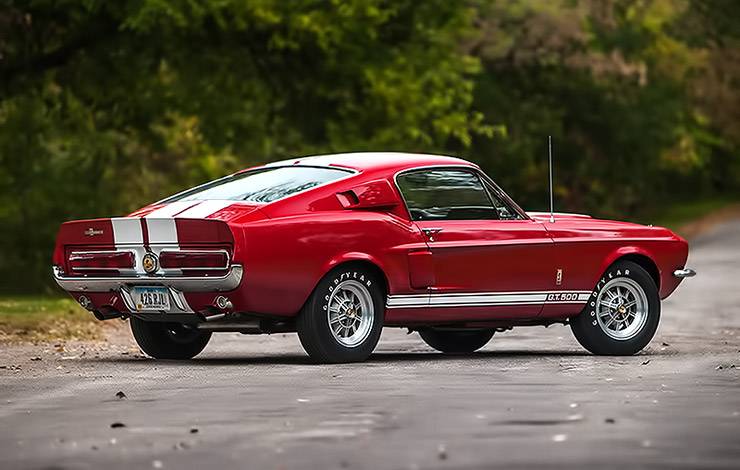 A 400-hp 428 cubic inch V8 hides beneath the fully restored exterior of this Mustang riding on a set of Goodyear Polyglas tires wrapped around Kelsey Hayes 10 spoke Shelby wheels. Showing off a Candy apple Red shade with White Le Mans stripes, this 1967 Shelby GT500 Fastback shows off the original black interior alongside the original BJ and BK series carburetors. 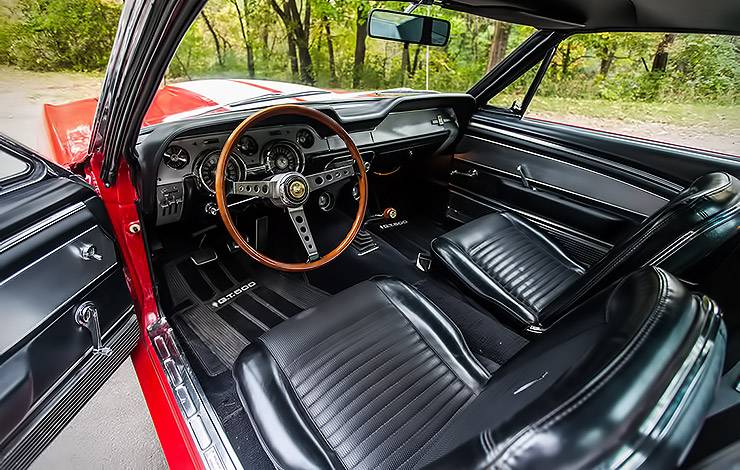 This car is one of only 2,044 GT500s produced by Shelby American for 1967. Many of them have suffered unfortunate drag strip, race track, and road accidents – so the surviving examples like this one are significant pieces of Mustang and Shelby history.