The second gen Corvette is one of the many designs that built up the Corvette to what it is today.

In 1963 thru 1967 Corvettes were dubbed as Sting Rays because of their unique fishy look. 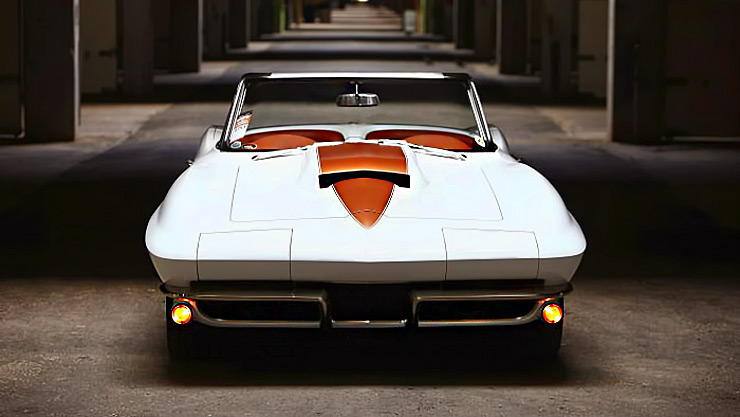 In 1967 there were 4,293 Corvettes produced. The convertible you see here is one of those vehicles. This particular vehicle was driven for 10 years before it went into storage for the next 20 years. Put away with the idea of becoming a project in the future, plans changed once the owner realized how much the Corvette had increased in value.

Discovering the car for sale, the current owner offered a price that the previous owner gladly accepted. Once the vehicle was in Sonny’s, the new owner’s possession, the fun was just starting. 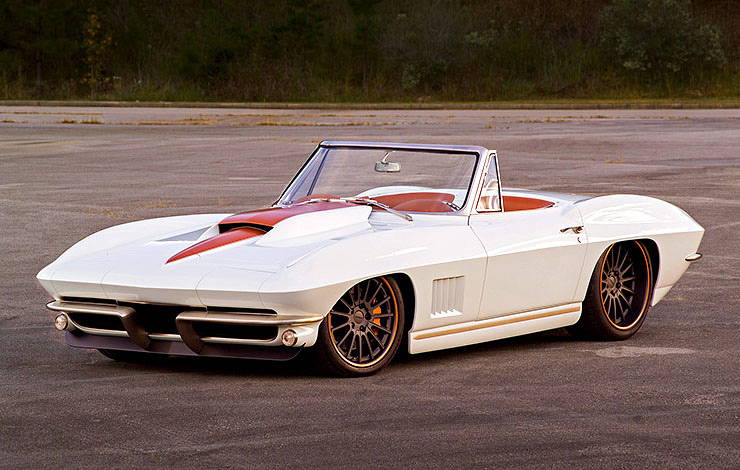 The vehicle was in relatively good condition when it fell into Sonny’s hands. The body was straight but there were some issues that needed to be addressed. The wheel wells were flared and there was a 327 V8 engine where there should have been a 427.
– 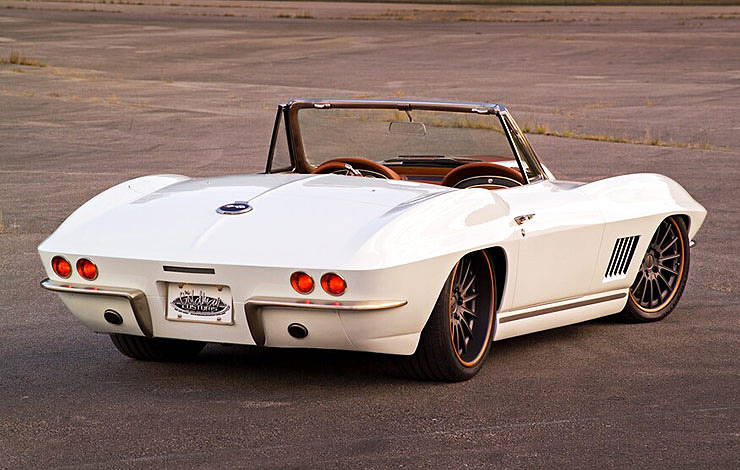 Once a builder was selected, the next step was to define the project, followed by developing the timeline and finally, starting the build.

Starting with the chassis, a Roadster Shop Fast Track chassis was selected, which was a significant, all-around improvement over the original chassis. Keep in mind that authenticity is not the objective here. 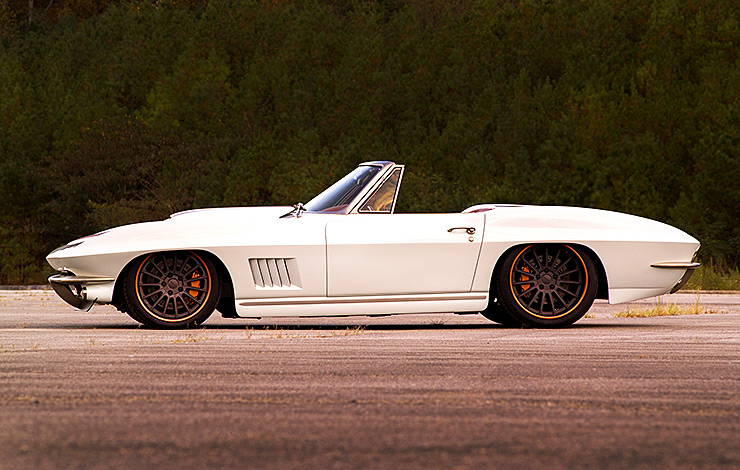 To optimize the ride, modern suspension components were integrated into the updated chassis including Corvette C6 Z06 front spindles.   On the rear axle, a Strange 4.11 posi rearend was used with stopping power coming from Willwood six-piston calipers and 14-inch rotors fitted to all four corners. 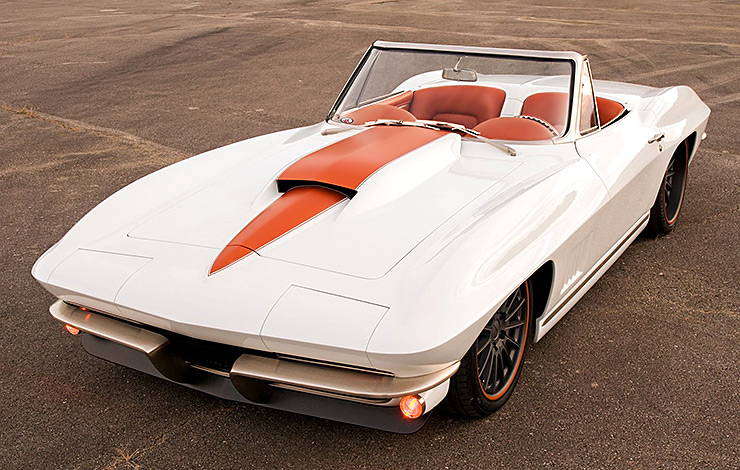 Sonny had originally selected to go with a red exterior but after learning about several other high-quality Corvette builds taking place, he opted for white. This was despite the fact that white Corvettes up this point, rarely made it onto the cover of car magazines. The particular shade of white chosen was the 2015 Corvette Arctic White Axalta Chroma premier. 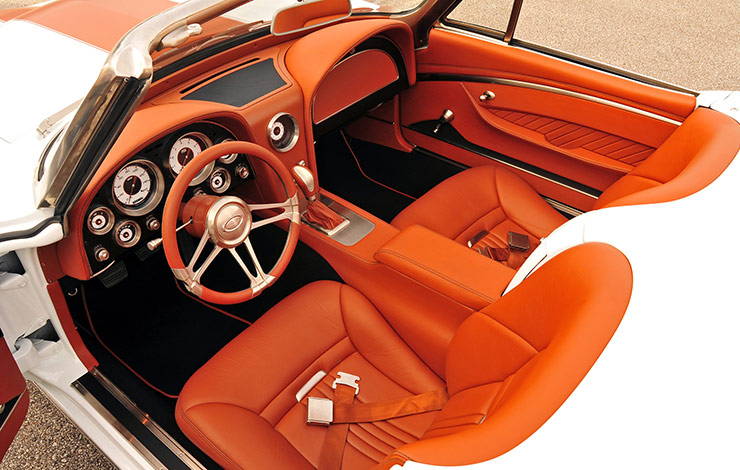 Prior to the paint job, some subtle modifications were made including a 2-inch channel to drop the body to make it even with the bottom of the frame rails. The grille and tucked front bumpers were capped with a chin spoiler and extended into a full belly pan, reaching all the way to the rear roll pan.


Every piece of interior and exterior brightwork was refinished in brushed nickel.   This includes the front and rear bumpers, gauge bezels and much, much more.

In terms of the interior, Sonny opted for a Corinthian rust-hued leather interior with custom one-off gauges. 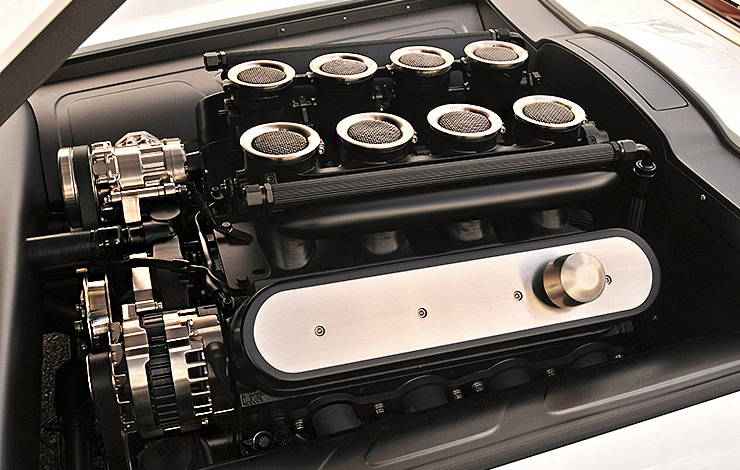 Eager to get back the car’s roots, Sonny installed a 750 horsepower 427-inch LS7 motor from Mast Motorsports that is topped off with eight velocity stacks poking up through the top of the engine. Getting the power to the rear wheels is a Tremec T-56 Magnum six-speed transmission.

The end result is what you see here, a classic big-engined 1967 open-top Corvette that is sure to turn heads wherever it goes.