Launching 650 horsepower trucks over special ramps around the Adelaide 500 circuit, at speeds reaching 150 miles per hour makes for some unique, and exhilarating entertainment.
– 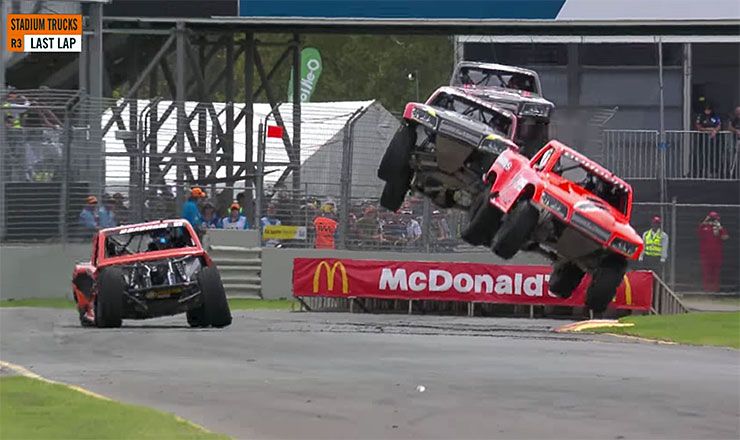 Today we show you the final lap op the third race at Adelaide showing a very wild finish. Super truck racing is pretty exciting, but this last lap from a race in Australia really distills what’s different about it, with some big jumps and big crashes. A single lap offers more thrill than an entire F1-Race!

As is with most Stadium Super Trucks races, the last lap of a race is often a chaotic mess of metal and machine as drivers jostle for a better position before crossing the finish line. If something is going to go wrong, it often goes wrong during the last lap.
– 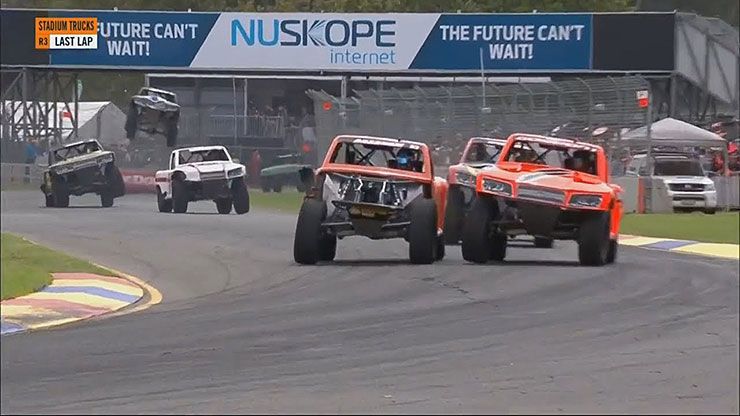 Matt Brabham would make a last corner pass on Robby Gordon much to the delight of the capacity South Australian crowd to capture victory in the third and finale round. One truck attempts to pass, takes a ramp at a terrible angle and rockets far off the racing line. The truck angles awkwardly in the air before coming down hard on the right rear wheel, sheering it off completely, and sending the front end of the truck into the wall. Enjoy the jumps, the crashes, and the truck on three wheels pirouetting across the line, creating a smoke machine for the other trucks to drive through.