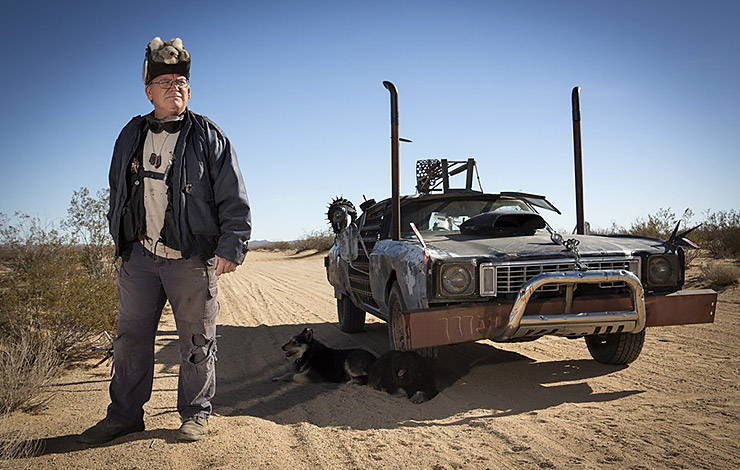 At first glance, Ron Griffith is just your average guy. He owns an automotive repair shop in California City deep within the Mojave Desert. On a normal day, he can be found under the hood of Vegas-bound tourist’s car that didn’t quite make it through the desert heat.

But Ron and his pals have a hidden passion that you’d never suspect. It’s a movie that premiered in 1979 starring an up-and-coming actor named Mel Gibson. A movie about a post-apocalyptic world full of gas-stealing, treacherous land pirates known as wastelanders. They LOVE Mad Max. They love Mad Max so much that they have created a yearly festival in the Mojave called the Wasteland Weekend.
– 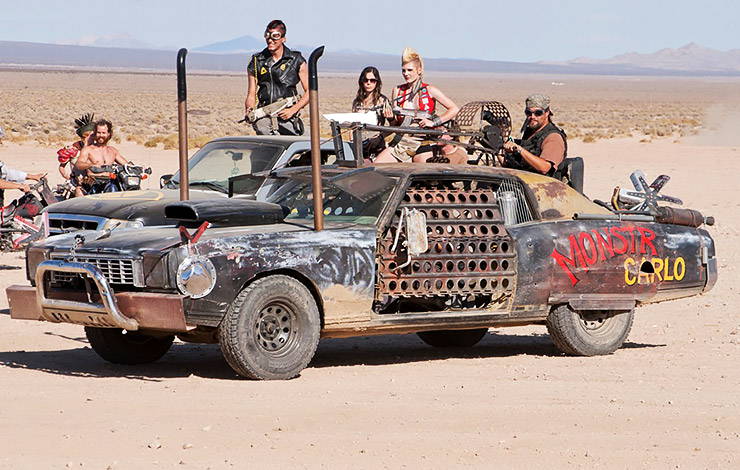 This is not your ordinary desert festival where you build an art installation and barter for your necessities. This is a full-on role-playing experience where once you step through the gates of Wasteland you are 100% in the Mad Max world. The attendees don’t even have to act in character, they come as themselves. Spikes, mohawks and weapons ado the regulars, who slip into this world as one might pull on a well-wo, perfectly fit leather jacket.

The Wasteland and Mad Max have many things in common! And the Wasteland has plenty of cars. Tribes build their custom Wasteland cars well in advance to storm through the gates, raid other tribes and there is even a contest to see who has the best car of the year. Ron Griffith and the Monstr Carlo are previous winners of that coveted prize. 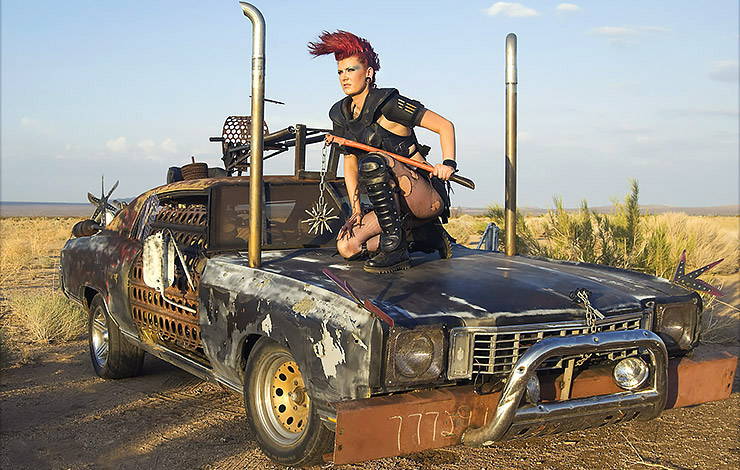 “In 1979 I saw Mad Max and I knew I wanted to own a car that would exist in that world. We’re so used to making vehicles look like new, it was really fun making one that looked like hell.” says Ron. “Ever since I saw the ‘The Road Warrior,’ I’ve always wanted to build something like this.” 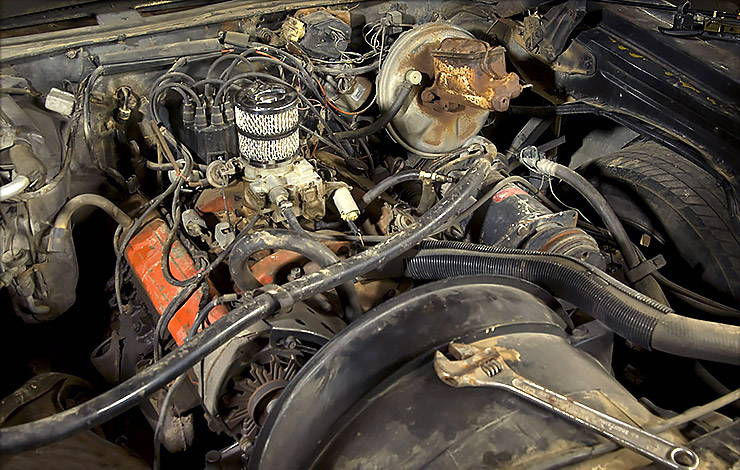 The mechanical nature of the car is nothing to write home about. It’s a stock Chevy 350 with a stock automatic transmission. The V8 350 motor hails from the day when vehicles ran without computers, when just popping the hood gave you access to everything you needed to repair. Fifty years and still running.


“The car still uses points,” says Ron. Points work and when you are scavenging through the wasteland you want to keep things easy to maintain. Besides making sure the car runs, Ron has also outfitted the car with offensive and defensive equipment that is both practical and menacing for this wasteland world. For example, a crossbow that shoots saw blades sits on the top of the car. 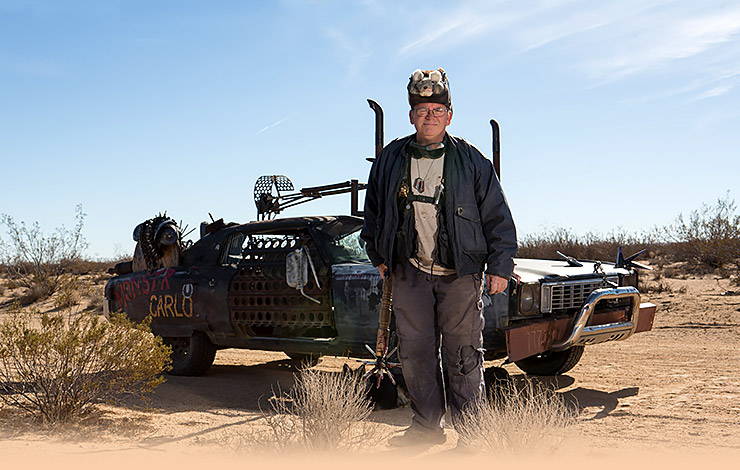 Numerous sharp objects protrude from every angle of the body, which comes in handy when ramming opponents. In addition to the weapons, the Monstr Carlo’s interior is caged in so the driver is well protected from other attackers. In between pillaging and pummeling, Ron and his crew like to relax and count their booty, so he built a table and umbrella that props up in a matter of seconds off the trunk to shield him from the hot desert rays. “I like to kick back and read my latest edition of Nuclear News,” says Ron with a grin.

Take your pick of apocalyptic scenarios – the Monstr will probably survive all of them.