A starter Ferrari? The $215K Portofino replaces the best-selling California T. But there’s nothing “starter” about this 591-hp prancing horse. 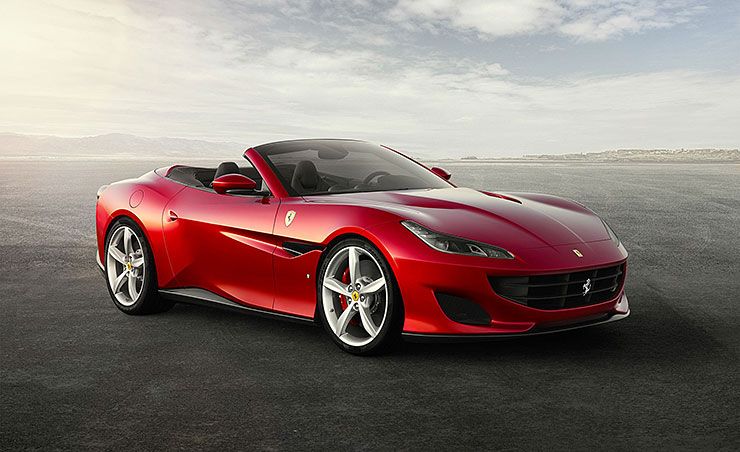 Every car company needs an entry-level model and for the past 10 years for Ferrari that’s been the California. Launched a decade ago, the ‘Cali’ was seen as a desperate attempt to woo America, and global, poseurs to the brand. Dropping its prices and creating a new, easy-to-live-with entry model was the prancing panacea it was looking for, with 70 % of California buyers being new to the brand. The kind of people who loved the idea of a Ferrari, but were intimidated by the reality.

Unfortunately the California was too much American. It was heavy at the back, had a big butt, it was seen as a bit soft. It was still incredibly fast and fun in some sort of way, but Ferrari has now fixed the California problem with the Portofino.
– 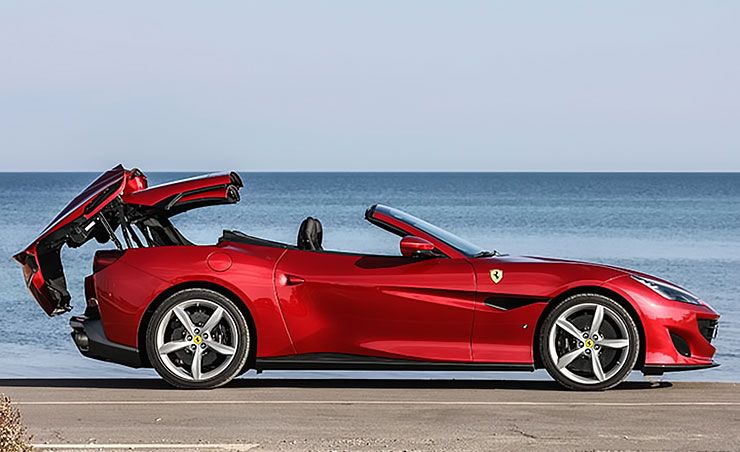 It’s a convertible. It’s a hardtop coupé. It’s an elegant cruiser. It’s a hard-edged performance Ferrari. Multi-tasking comes easily to the new Portofino, Ferrari’s successor to the acclaimed California T. Lighter, more powerful and even more stunning to look at than its acclaimed predecessor. 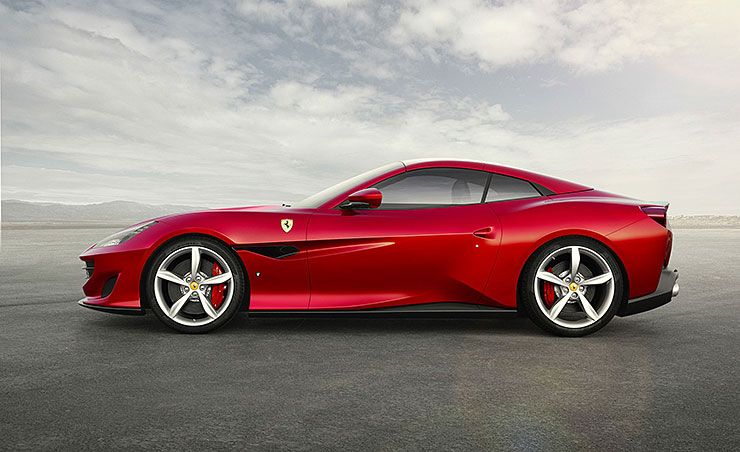 As with its predecessor, the California T, the new Portofino is both a convertible and a hardtop convertible, a winning combination for a grand tourer. Despite being only 0.1 inch lower, 1.1 inches wider, and 0.7 inch longer, the Portofino’s look is light-years beyond the California’s tall, narrow, and somewhat doughy appearance. 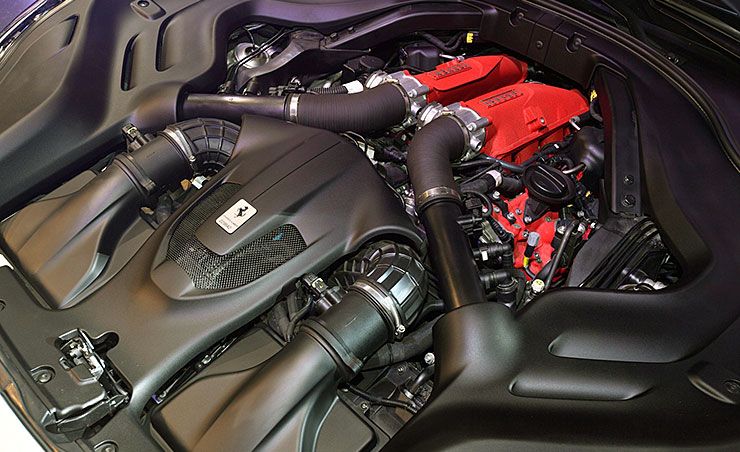 The Portofino’s turbocharged 3.9-litre V8 has been comprehensively reworked. It breathes trough a freer-flowing intake, equal-length exhaust runners with integrated twin-scroll turbochargers, and larger-diameter exhaust plumbing. With fresh pistons, connecting rods, and engine-management software, the V-8 produces 39 more stallions then before, now up to 591 horsepower at 7500 rpm.

Shifts from the also unchanged seven-speed, ‘F1’ gearbox have been improved as well, now they are absurdly sharp. The new Portofino also boasts the latest version of Ferrari’s electronically controlled limited slip differential, called E-Diff3. This is integrated with the company’s F1-Trac system, improving mechanical grip and the driver’s control at the limit. 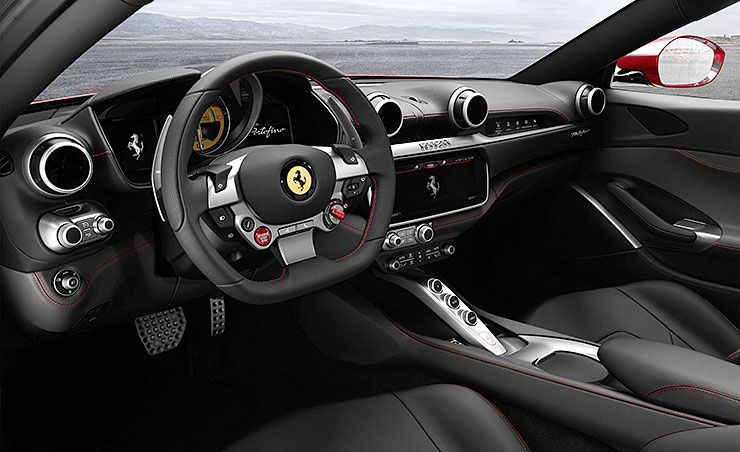 Ferrari limits torque in the first six gears, so the dual-clutch automatic only sees the full 561 pound-feet in seventh gear. The twin-turbo V-8 is so beastly that Ferrari limits peak torque in first, second, and third gears. From fourth to sixth, the computer manages torque, gradually allowing more to be loosed. Ferrari’s engineers chased that torque when tuning the transmission. The engine’s 561 lb-ft of torque ably moves the roughly 3700-pound Portofino even in high gear. 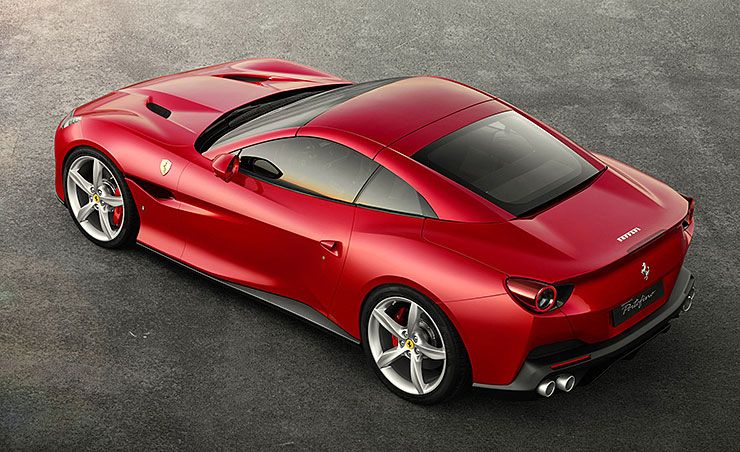 The California T won a lot of fans for its civility and performance, and it’s a measure of Ferrari’s achievement with the new Portofino that it betters its predecessor in every respect. The Portofino is so much better looking, quicker and better to drive means it should be a smash hit for Ferrari.