We all struggle to park our Yanks sometimes, but it looks like even back in the Fifties some people found it too much of an effort, as this ingenious contraption shows, making parking a 1951 Cadillac as easy as pressing a button! 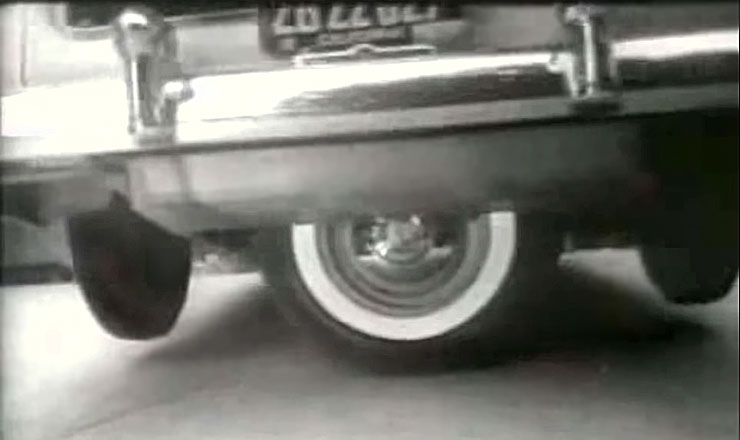 The oId saw, “as useless as a fifth wheel,” will disappear from the American scene if a Californian lumberman Brooks Walker can talk automakers into taking his invention. Walker has a solution for the most perplexing, irksome and fender-denting maneuver facing today’s motorist: how to get a car 12 feet long up against the curb between two parked cars only 13 feet apart. He does it quite easily by putting his front wheels into the curb and then swinging the back end of his car in on a “fifth wheel.”
Total parking time: nine seconds.
–


Here’s a cool parallel parking system build in the 50’s by Cadillac. The system was never implemented “at large” but this doesn’t remove anything from it’s coolness. Basically, a series of hydraulic pumps and gears pushes the spare wheel out from the trunk and rotates the back of the car easing the parallel parking process.

Walker’s fifth “wheel” sits in the trunk. Set at 90-degree angle to the other wheels, it can be lowered to the road (above) and then used as a jack to get rear wheels off the ground. Riding on this fifth wheel, the rear of the car can be swung in either direction. Walker, who is taking his invention to Detroit, says that at mass production rates it would cost about $175 a car. One big trouble, however, is that the wheel and its machinery take up almost all his trunk space, even in a Cadillac. 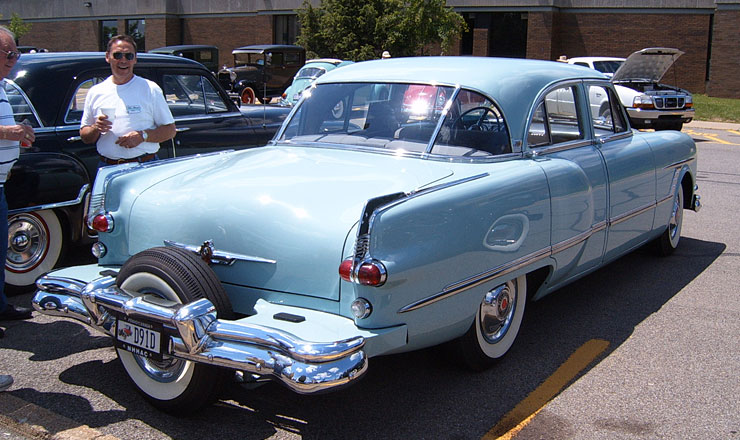 There was another prototype developed by same inventor where he modified a 1953 Packard Cavalier to achieve the same results. What set the Packard Cavalier apart from Walker’s other self-parking cars was the fact the Packard used the tire of the continental kit to move the car from side to side. This spark of genius brought Walker closer to his goal of making the self-parking system a bolt-on kit that could be applied to any car without changes to its basic structure.