Every vehicle has a differential, but 4×4 owners and off-roaders tend to care a little bit more about what’s going on with theirs – the type makes a world of difference on the trails. A little hill in the video at the end of this article was pretty ok when it was dry, but rain and mud can change everything.

An open differential is typically the standard offering for most 4x4s from the factory. One of the most significant performance modifications you can make to a 4×4 to increase off-road prowess is the addition of a traction-adding device. Or better yet, two. Traction-adding devices replace the open differentials in your axles and help you get power to the ground, regardless of if one tire is dangling in the air or hopelessly spinning in the muck… 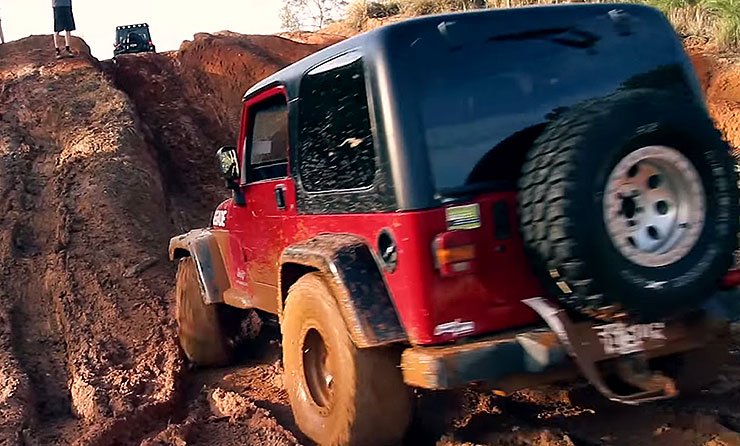 It looks like a day out with the local Jeep club, shooting photos and video for the fun of it all, turned into a challenge between these two Jeep owners, which led to the comparison of open differentials and locking differentials. No matter how the day began, it’s obvious that at one point, it turned into a shoot-out in the mud. 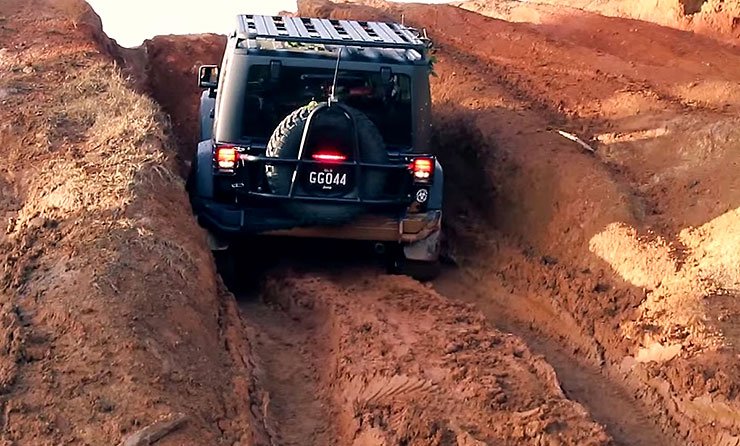 The setting for this contest was a muddy hill. By the looks of it in the video, the hill is not all that tall or steep, but the real key here is that the hill is coated with a slick, slimy, greasy mud. That’s the worst kind. It sticks to everything like glue and turns normally good off-road tires into nothing more than traction-less balls of goop.