Taking many styling cues from the original 1966 Shelby Cobra, the Shelby Cobra Concept Car offers up an evocative and performance oriented design.

Unlike most concept cars, the Shelby Cobra Concept is a very feasible design which was almost ready to run on the production line.
– 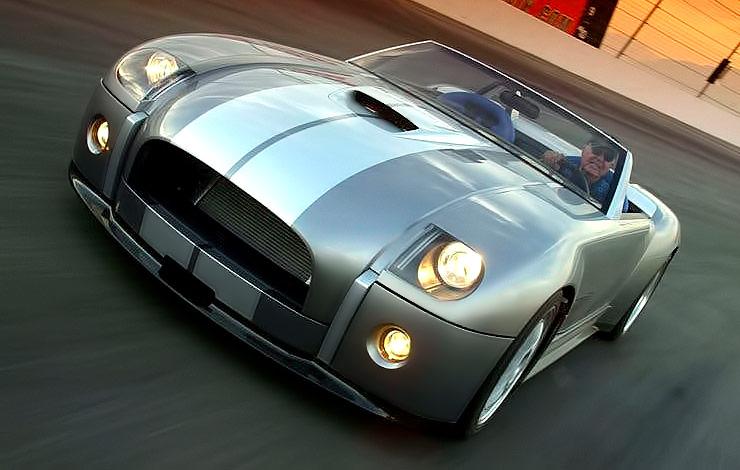 Looking at the photos you can see Ford has created this Concept car with minimalist interior and exterior design features, with the main emphasis being place on performance.

An enormous grille in the nose, side vents, low-back seats and flared wheel arches all do well to establish a connection with Carroll Shelby’s original 1960’s Cobras. The Shelby Cobra Concept may share similar design features with its older brother but apart from the cosmetics, the proportions and dimensions of the Shelby Cobra Concept are completely different.
– 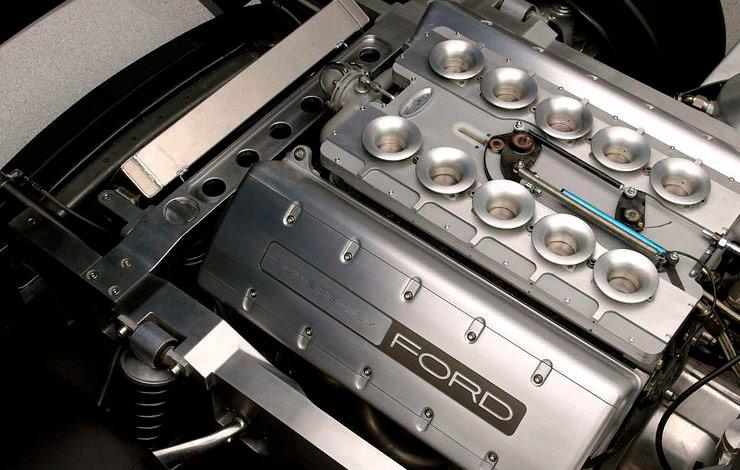 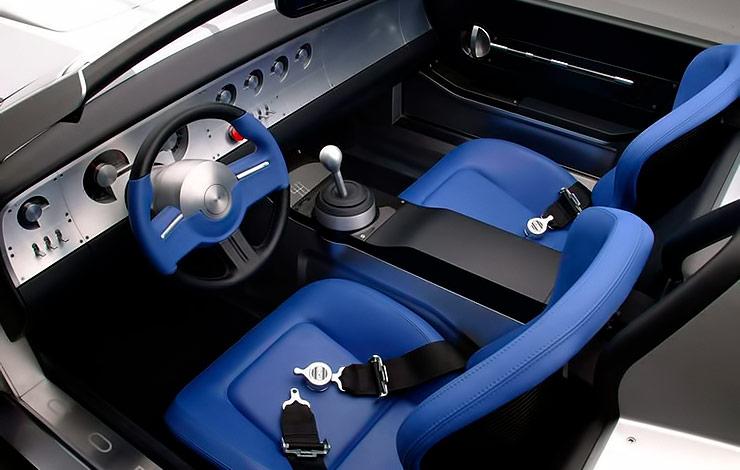 Unlike many concept cars, the Shelby Cobra Concept can be put to the test and under testing the performance results were extremely impressive to say the least. Racing from stand still to 60mph in UNDER 4 seconds! Top speed is limited to 100mph – don’t worry this is only for the concept car. Ford claims it is capable of reaching 207 mph.

This production-feasible roadster has a 605-horsepower modern soul that matches the famous 427, all-aluminum V-10 engine mounted at the front of an advanced aluminum chassis modified from the rear-engine Ford GT. 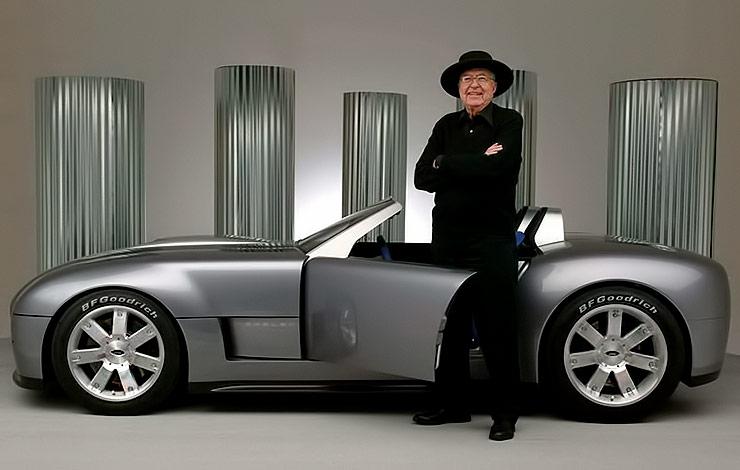 Watch Carroll Shelby drives Cobra Concept 2004 in the video below.