Nissan is getting into the winter sports spirit this month with a specially constructed, one-off 370Z Roadster “snowmobile.” 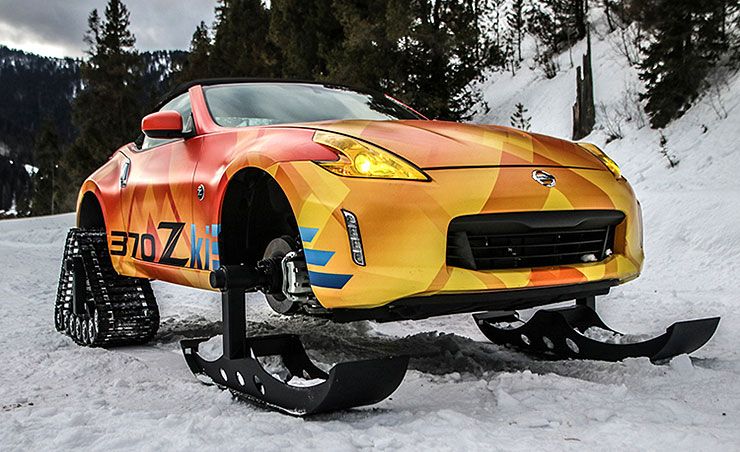 “The Nissan 370Zki continues our recent tradition of bringing imaginative winter vehicle concepts to the Chicago Auto Show. With the Nissan Z’s long heritage of motorsports competition, the 370Zki seemed like a natural combination,” said Michael Bunce, vice president, Product Planning, Nissan North America, Inc. “Prior to its debut here in Chicago, we put the 370Zki through its paces on the slopes in Wyoming where its performance heritage really came through.”
– 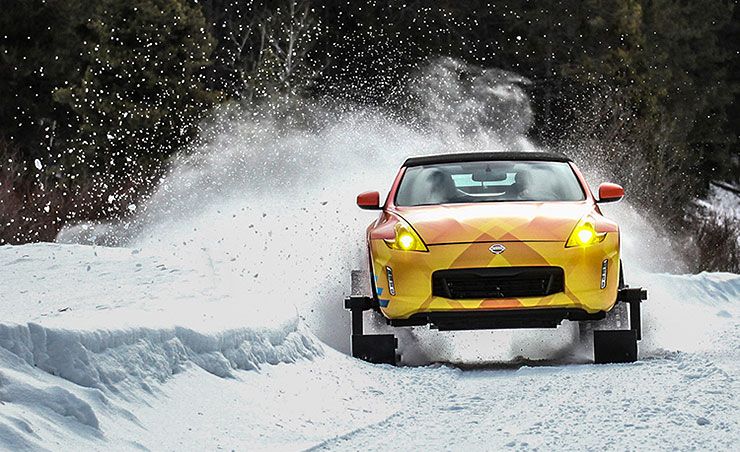 Transforming the factory stock 370Z Roadster to the snow track-carving 370Zki presented a few understandable obstacles. To make room for the rear DOMINATOR Tracks from American Track Truck Inc., the entire drivetrain was first removed from the 370Z Roadster. Then a custom lift kit was designed and engineered, lifting the vehicle three inches from the normal height. fabrication of custom mountings for the rear suspension springs and three-inch custom spacers to mount the snow tracks to the wheel hubs. The factory brakes were retained but the brake lines had to be rerouted and the exhaust system was modified to fit under the vehicle. The rear wheel wells were also modified for clearance of the four-foot-long snow tracks. 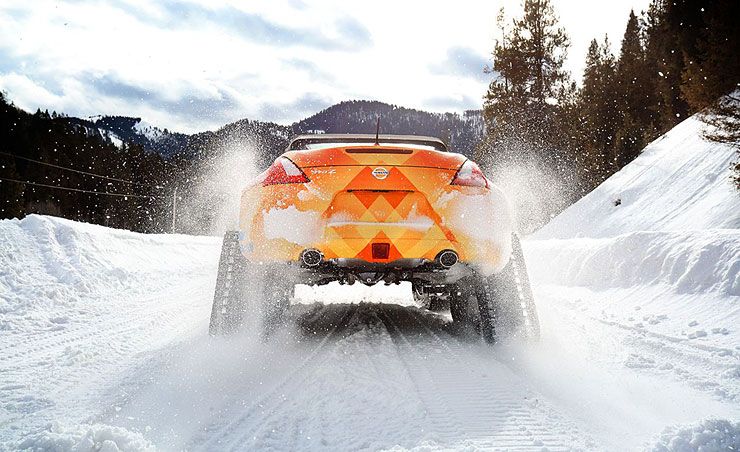 In front, the suspension was modified to accommodate the new ride height, and adaptors were made to allow the appropriate travel and rotation for the front skis – which were also supplied by American Track Truck Inc. and mounted with spacers to the stock wheel hubs. The engine and transmission also had to be custom-mounted and a front skid plate fabricated to prevent damage during snow excursions.

It’s fun to shake things up with something totally unexpected once in a while – and that’s the Nissan 370Zki.