This isn’t a show car, it’s a hot rod that was built to be driven. The pick-up features vintage styling and components that have been reworked to create a reliable hot rod cruiser.

Sometimes projects have a way of finding you. Call it destiny, call it coincidence or simply call it a car guy that can’t say no to a good deal. For Dave Welles of Seabright Hot Rods and his ’28 Ford roadster pickup, it was a combination of all three. The project actually started out as a ’29 roadster that he inherited from his father. His dad built the hot rod in the ’60s and it was showing its age. 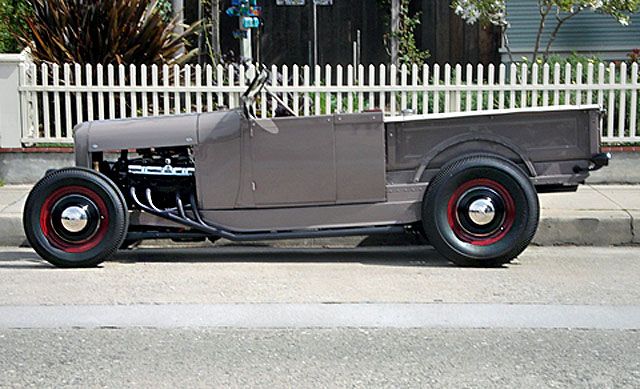 As Dave began the rebuild and started sourcing parts, including folding windshield posts, he connected with fellow Ford enthusiasts in the Model A Ford Club of America. He started searching for Model A parts and came across a complete Model A for sale. Turns out it was an AR ’28 roadster pickup that had been worked on a bit but remained in storage. He had in his possession the foundation for a great hot rod driver build. 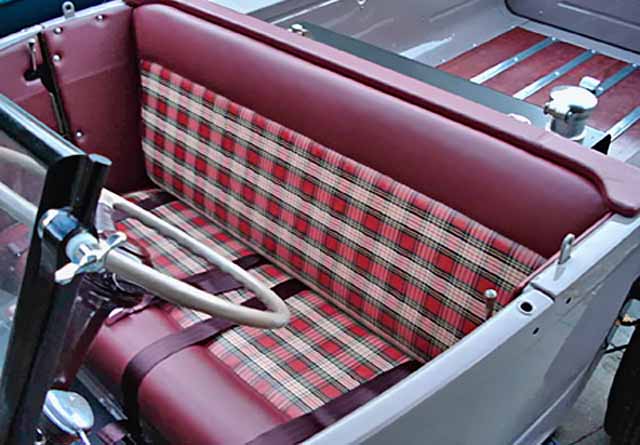 The first block in the foundation was the chassis. Dave took the project up to Roy Brizio Street Rods where a 1932 frame was pinched just at the cowl for a more modern, sleeker look with custom cross members built throughout.

A 9-inch from a 1957 Ford with 3.50 gears was narrowed and placed under the bobbed rear rails outfitted with 1940 Ford rear suspension with ladder bars. 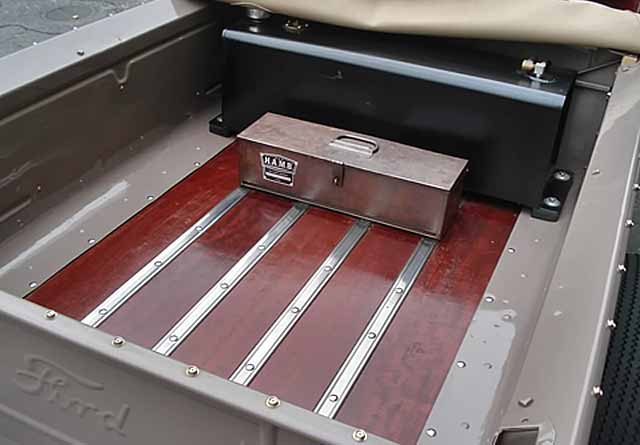