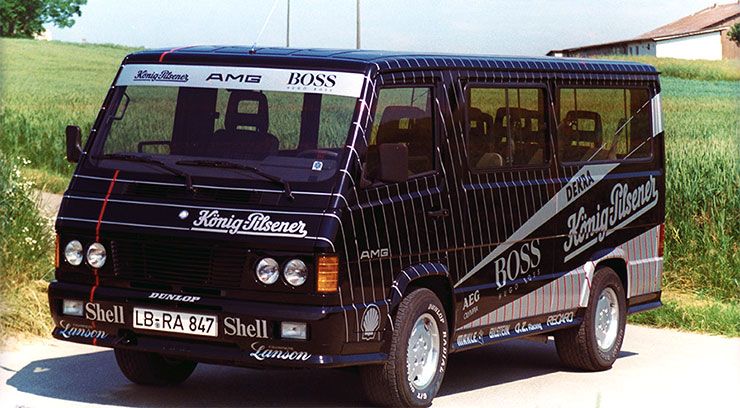 Mercedes Benz MB100 D was manufactured by España S.A. between 1981 and 1996 at the Vitoria-Gasteiz factory in northern Spain which was offered as a cargo van, a passenger van and a pickup truck.

In 1989, the experts from Affalterbach had performed magic and turned the modest MB 100 D into an attractive MPV. “AMG took up the challenge by presenting an exclusive vehicle for a field of application that went far beyond that of a delivery van “, stated the January issue of the “AMG-Aktuell“ magazine at the time.
– 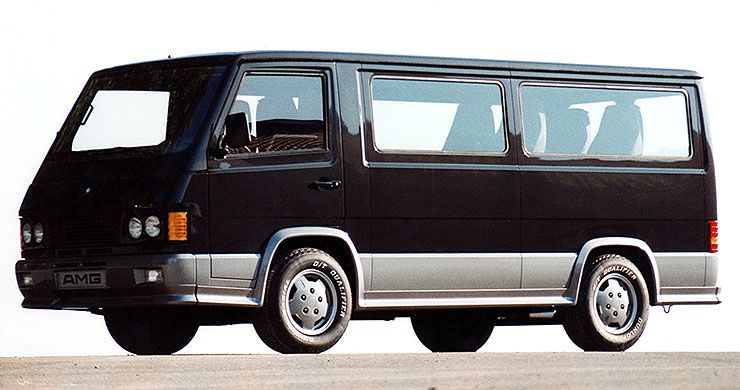 The result was an MPV with a futuristic look that would make passers-by turn their heads. This was due to such distinctive exterior features as the 15-inch alloy wheels, for example. Interestingly, the AMG rims specially made for the AMG MB 100 D became part of Mercedes-Benz’s special equipment catalog for standard vehicles once Daimler took a majority stake in AMG. 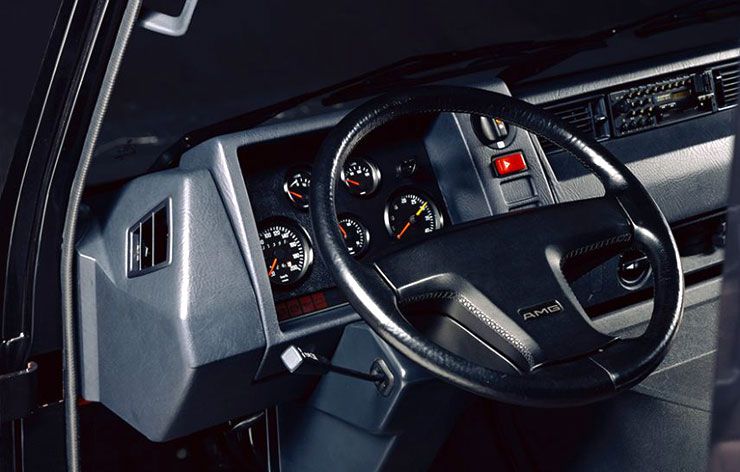 In the interior, the rapid transporter afforded its passengers the most refined luxuries: AMG upgraded the seats, side panels and the practical folding tables with premium Alcantara leather. They were also happy to comply with individual requirements such as a video or telephone system. 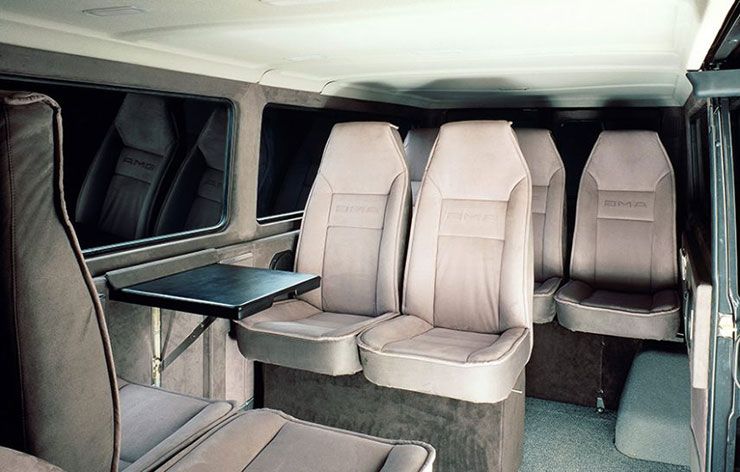 This vehicle is outstanding because it’s the one and only van/commercial vehicle modified by AMG and it’s the first diesel tuned by them! The W203 C30 CDI AMG was the second and last one but that was two decades later.

In the video below you’re able to see Affalterbach’s vision of a late 80s luxury van, where the MB100 AMG’s interior is shown.